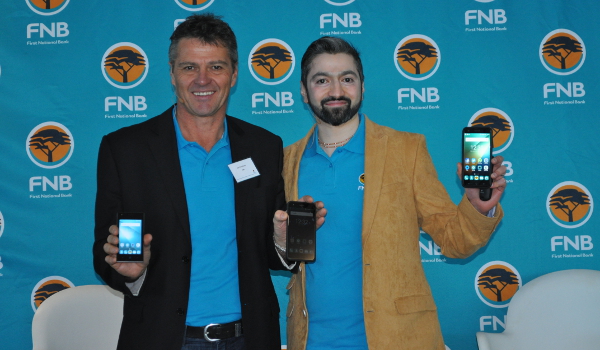 South Africa’s First National Bank (FNB) yesterday launched its own fully-branded smartphone, the ConeXis. The aim is to encourage mobile digital banking among its clients – especially those in lower-income groupings.

The phones, manufactured by Chinese firm ZTE, come with the FNB banking app pre-installed and are customised around the brand. According to Jan Kleynhans, CEO of the consumer segment for FNB, ConeXis owners will not be charged for data when using its online banking services. By improving client adoption of smartphones, FNB can encourage usage of its app and digital services.

“Smartphone penetration in the country is only around 40%,” noted Kleynhans. “It makes sense to make banking more accessible.”

FNB (which is owned by FirstRand) has been steadily establishing itself in the telecommunications and mobile services space. Last year it launched its own SIM card, which piggybacks on telco Cell C’s network to offer mobile voice and data products. The bank’s new smartphones will be SIM-locked to its network, meaning only its customers can use them. The phone seamlessly integrates mobile services with client bank accounts.

The bank has released two versions of its smartphone, catering to different customer segments. The ConeXis A1 is targeted at price-sensitive clients who hold FNB’s Easy bank account and costs R59 (US$4.20) per month for a 24-month contract. The package includes 15 minutes airtime and 50MB of data per month.

According to Kartik Mistry, FNB’s head of smart devices, the A1 is pitched at customers who previously couldn’t afford a smartphone, and has been adapted to address their needs. For example, it comes with a power bank.

“We have done the research. We know that the lower income consumers are waking up early in the morning, taking public transport… and work right until the end of the day,” he said.

“We know that this base of customer doesn’t have access to power plugs that often… They don’t have the luxury of having a power point.” 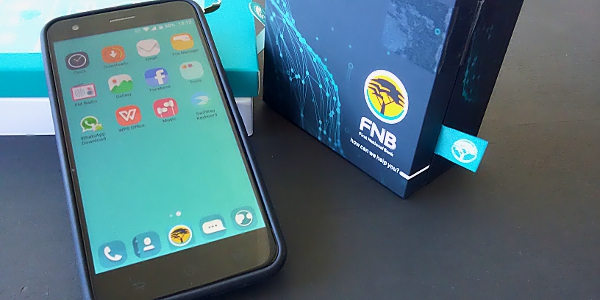 FNB’s ConeXis X1 is its higher-specification smartphone aimed at its Gold and Platinum account holders.

The bank has also released its higher specification smartphone, the ConeXis X1. This is targeted at Gold and Premium account customers at R150 ($10.60) per month with 25 minutes and 100MB of data included.

FirstRand has operations in eight African territories outside of South Africa. But Kleynhans told How we made it in Africa there are not yet any plans to expand its mobile services offering into other markets – mainly because it does not have partnerships with any other telcos. However he said the bank is likely to eventually move in a similar direction with its products and services in these markets.