South Africa’s education minister says the country will introduce Mandarin into its school curriculum. The move is part of a greater effort to get closer to major trading partner China, and has been criticised and welcomed. 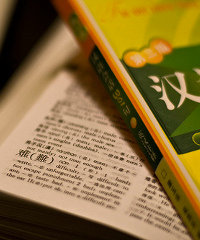 South Africa will introduce Mandarin into its school curriculum.

If you want to say hello in South Africa, you have no shortage of options in this nation of 11 official languages. It’s sawubona in Zulu, hallo in Afrikaans and dumelang (in the plural form) in Setswana. And, of course, there is always hello.

But now, South Africa’s education ministry hopes to add another language to this polyglot nation, by saying ni hao to Mandarin Chinese.

An agreement this month between the two nations focuses on five areas of cooperation: curriculum development, maths and science, teacher training, vocational education, and research and development in basic education.

Ministry of Basic Education spokeswoman Troy Martens said the new partnership is extremely valuable to both countries, though officials have not said how much the initiative will cost.

“It is very exciting because it takes the relationship between South Africa and China beyond just trade relations, and into the mutual development for both of our developing countries,” said Martens. “So it is very exciting and both countries have indicated that for them education is a high priority, and that is why education is high on the agenda of collaboration between the two countries.”

The aspect of the plan that has garnered the most attention is a Mandarin language roll-out in schools.

A Pew study last year found South Africans have mixed feelings about China. The survey showed 46% of South Africans did not like the spread of Chinese ideas and customs in their country, and 60% dislike Chinese music, movies and television.

Martens said the market, though, trumps those feelings.

“China is South Africa’s biggest trading partner,” noted Martens. “So it is extremely beneficial to learners in South Africa to be exposed to the Mandarin language as well as Chinese culture.

South Africa’s census does not say how many native Chinese speakers there are in this country of nearly 51m people, though they are likely somewhere within the 830,000 South Africans who told census-takers their first language was not among the 12 most popular.

Principal Lisette Noonan heads the Pretoria Chinese School, a kindergarten-to-grade-12 private school of about 500 students in the capital, Pretoria. Every student there studies Mandarin.

Noonan said the school, which has been around for 80 years, welcomes the new collaboration between the two nations.

“We were quite excited by the announcement. We do believe that it is in the best interests of children to know Mandarin, especially with China becoming such a huge economic power in the world,” she said.

South African schools suffer from the legacy of apartheid, which just two decades ago intentionally gave inferior education to the majority of the population. China has in that time drastically expanded its education system, and last year the Organisation for Economic Co-operation and Development ranked students in Shanghai as the world’s top scorers in reading, science and mathematics.

South Africa hopes the alliance will not only better South African students, but also bring them some of China’s success. – VOA