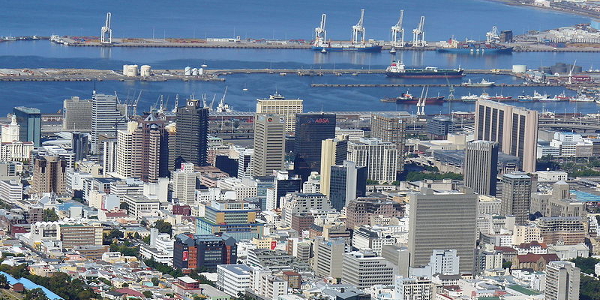 The low economic growth prospects will continue to drive cautiousness in the commercial property sector.

Reduced consumer spend will put further pressure on commercial property performance, pressure on rentals, especially on small businesses, and vacancies are likely to increase and prove more challenging to fill, according to Broll Property Group.

Commenting on Budget 2017, Broll commercial brokers expect a difficult year from a leasing perspective given that GDP for 2017 is only expected to be 1.3%.

“With a low growth rate, the uptake of office space will be muted at best and may even decline,” says Rodney Luntz, Head of Commercial Broking Gauteng.

Uptake of office space is slow, however, prime locations such as Sandton and Rosebank in Johannesburg are still fairly attractive, but tenants are negotiating hard in terms of rental and are not merely accepting asking rentals.

Tenants are carefully watching their bottom line and are looking for savings wherever they can, he explains. Landlords are furthermore offering incentives to entice tenants into their buildings with lease periods of +5 years with an 8-9 % escalation being the norm.

“The only glimmer of hope for the property sector is the fact that consumer inflation is expected to decline to 5.7% in 2018 which bodes well for a reduction in interest rates,” says Luntz.

He says inflation in South Africa will increase based on the fact that our imports far more exceed our exports and trade deficit balance continues to spiral into a negative balance.

According to Broll, the Minister of Finance, Pravin Gordhan didn’t have much room to manoeuvre this year being faced with a weak economy, uncertainty from both a geo-political and economic perspective and a low growth trajectory, so it was expected that he had to again pull the proverbial rabbit out of the hat.

The main tax proposals include a 45% wealth tax for individuals earning over R1.5m, an increase in the dividend withholding tax rate from 15 to 20%, an increase tax rate from 41% to 45% for trusts (excluding special trusts), an increase of 30c/litre in the general fuel levy and 9c/litre in the road accident fund levy. There are also increases in the excise duties for alcohol and tobacco of between 6-10%.

There is also the 39c per litre increase in the fuel tax and the increase in the excise duties for alcohol and tobacco of between 6 and 10%. These increases provide a blow and a disincentive to any investments including commercial property, according to Sean Berowsky, National Head of Investments and Broking for Broll Property Group.

“While the Minister of Finance has a tough balancing act to achieve, we would have liked to have seen these increased taxes counter balanced with an aggressive easing of red tape and taxation of entrepreneurs that could create invaluable jobs at a time where the country is achieving anaemic growth,” says Berowsky.

Another highlight is that the National Development Plan is expected to increase to R244bn by 2019/20 and will focus of infrastructure. Government will continue to provide incentives for Special Economic Zones (SEZ), critical infrastructure and manufacturing. Over the medium-term R4.2bn will be allocated for industrial infrastructure projects. Of these projects, 32 are to be approved for SEZ and industrial parks.

The Manufacturing Incentive Programme, which is allocated R9.6bn over the medium-term, is expected to benefit 1,450 companies while a further R1.3bn is allocated to boost competitiveness.

According to Frank Reardon, Divisional Director for Broking in KwaZulu-Natal says governments support and commitment to large developments in the Greater Durban area including Cornubia and the Dube Tradeport, is alone anticipated to attract R13bn in private sector investment and this bodes well for the commercial property sector in Durban.

He says the R30bn allocated for urban regeneration initiatives promise to “reset” Durban for greater global competitiveness and renew investor interest in the CBD and surrounds.

“The commercial property market will take some positives out of the relative stability of the short to medium-term economic outlook and increased focus on infrastructure and sectoral development. The low growth prospects will however continue to drive cautiousness among stakeholders in the commercial property sector,” adds Reardon.