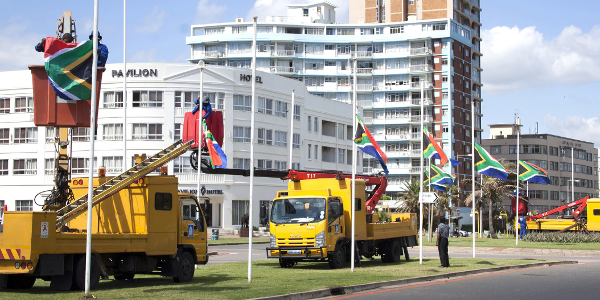 Economic growth is not South Africa’s priority, despite all the grandiloquence on the issue, says Ann Bernstein the executive director of the Centre for Development and Enterprise (CDE), an independent policy research and advocacy organisation.

“Growth is not South Africa’s priority despite the rhetoric… We hear about growth but this is not really at the heart of our national priorities,” said Bernstein.

She was speaking this week during a round table discussion on South Africa’s growth agenda, which was convened by UCT Graduate School of Business (GSB) director, Millis Soko.

South Africa has recorded dismal economic growth in recent times, and officially entered into a technical recession earlier this year after the economy declined 0.7% in the first quarter of 2017.

Bernstein said the country was in “deep trouble”. “Less than 1% growth per annum and if we are lucky 1.3% this year. Since 2009, every growth projection by government has had to be revised downwards. We are nowhere near the NDP [National Development Plan] growth figure,” she said.

Part of the problem, Bernstein argued, was that government had too many competing plans for improving growth.

The three key government policies for driving economic growth are: the NDP, the New Growth Path and the Industrial Policy Action Plan.

“If you read these plans you will see that they contradict each other. It is impossible to implement these three plans simultaneously. They have different views on the state, the markets, the way growth will take place, where jobs will come from and a whole range of issues,” Bernstein said.

She added: “Government says it wants growth but the trouble is it wants other things as well…so we want to have state-led development …but one has to look at what is happening at Eskom and SAA today and you question our capacity of state led development. This state is in decline in very many areas and its failure to deliver leads to increased costs for many people and the economy.”

The CDE recently produced a detailed report to identify national priorities for faster economic and employment growth, that paints a bleak picture of SA’s future, should the country fail to change its current trajectory.

“South Africa is on a low road of stagnating growth, policy confusion and gridlock, rising social tension and uncertainty about the future,” the report states.

“In the absence of growth, SA’s social contract, its constitution and even its democratic order might unravel. Initially, this would be a result of deteriorating economic conditions; as the country becomes poorer, policy-makers would come to believe that their options had narrowed and would likely succumb to the temptation to impose ever more extreme populist policies.”

“SA cannot be pro-growth and anti-business at the same time. Negative attitudes to business leads to more and more regulation, not growth,” she said.

The first step towards accelerating growth and employment, said Bernstein, is for government to place this goal at the top of its policy agenda.

Fellow panellist, Professor Vusi Gumede, previously a chief policy analyst in former president Thabo Mbeki’s administration, and current director of the Thabo Mbeki African Leadership Institute at the University of South Africa, said at the moment there was no consensus regarding the fundamental challenges SA needs to tackle.

“Some say apartheid and colonialism, some say the economy; that if we get it [the economy] right then we can address other problems.”

Gumede contended that while economic growth was “obviously important”, development is more important. Social policy is important [and] needs to work with economic policy, he said, adding that the lack of trust between government and the private sector compromised both social development and economic growth.

Neil Cole, who has previously worked for the National Treasury and was also on the GSB panel, was of the view that government had in recent times taken decisions which hindered economic growth and only benefitted the elite.

He pointed to the plan by the state to sell its 39% stake in Telkom to bail out unprofitable South African Airways (SAA). The government’s stake in Telkom is worth about R14bn.