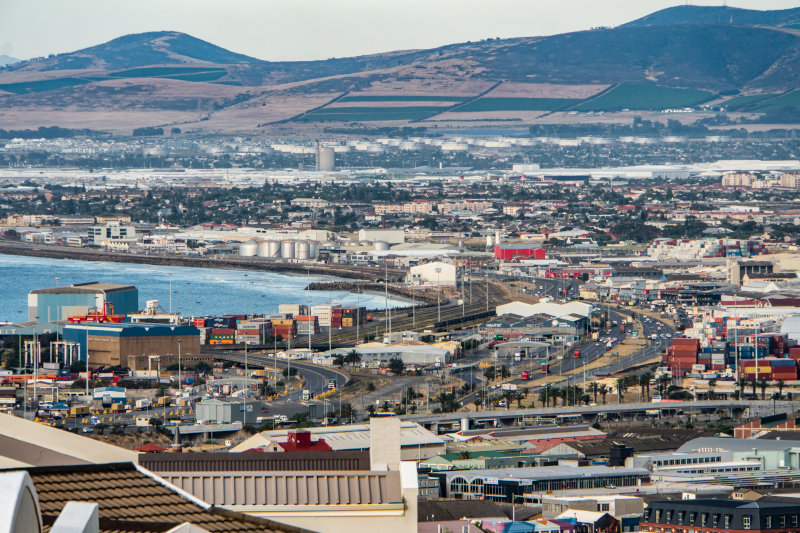 When South Africa officially became a constitutional democracy in South Africa on 4 February 1997 it heralded profound change in the way the country is governed. Once a racially oppressive pariah state, it became one based on freedom, human rights and the rule of law.

All laws that were not in keeping with the new constitution had to be changed to give effect to the rights enshrined in the new supreme law. One such law is the Expropriation Act, which governs how the government can acquire land owned by private citizens for public purposes such as building roads and railways.

The constitution changed the compensation standard from requiring the government to pay “market value” for such land to “just and equitable” compensation. The requirement that expropriation be in the public interest (which includes a commitment to land reform and other reforms) was included. The requirement that a fair procedure be followed when expropriating was included in section 33 of the bill of rights.

The constitution laid down a framework in which expropriation must happen, but did not provide the details of how. This is the role of legislation. Such legislation is necessary to bring the process in line with the constitution.

The first attempt at an Expropriation Bill was 12 years ago, in 2008, but it was shelved because of the concern that it obscured the role of the courts in expropriation and would therefore be declared unconstitutional.

Another attempt was made in 2013. The 2013 bill was refined and became the 2015 bill, which made it onto the table of the president the same year, to be signed into law. But it was officially withdrawn in 2018 because the process of amending section 25 of the constitution was still not completed. Communities living on land in terms of customary law also had reservations about its constitutionality, including the public participation process.

The country is having another attempt at passing an expropriation law that is in keeping with the constitution. The 2015 version, with slight amendments and the addition of clauses 12(3) dealing with “nil compensation”, was published again in December 2018.

This new bill, the 2020 Expropriation Bill, was recently published in the government gazette. Importantly, this bill is not a result of the process to amend section 25 of the constitution to enable expropriation at nil compensation.

Section 25 sets down the requirements that the state has to comply with if it wants to expropriate property: it must be done in terms of a law of general application; it must be for a public purpose or in the public interest; and lastly, “just and equitable” compensation must be paid.

Section 25 of the constitution provides the framework in which the 2020 Expropriation Bill will operate, once it becomes law.

Expropriation is a mechanism for the state to acquire property for public projects, such as the building of the railways, mass housing and roads. It is not only used in land reform instances, and is not only restricted to land.

Because expropriation is an administrative action by the government, the procedure must be just and give affected people an avenue for recourse in the case of abuse.

The 2020 Expropriation Bill sets out the procedure that the authorities must follow when expropriating property, how compensation must be calculated and paid, and where and when decisions can be challenged.

It includes a comprehensive mediation process, and guarantees access to the courts as the final form of oversight.

The bill has gone through consultative processes at the National Economic Development and Labour Council, which facilitates consensus and cooperation between government, labour, business and the community in dealing with South Africa’s socio-economic challenges.

Still, there are a few unclear provisions that will most probably be focused on during the parliamentary public participation process. These are the definitions of “expropriation”, the provision for nil compensation and expropriating land from communities.

The legally correct route would be for the state to first acquire the property and then transfer it to the beneficiary. These actions can happen simultaneously in the Deeds Office and should not delay the transfer. The bill must reflect this.

Clause 12(3) and (4) provides that it may be just and equitable for nil compensation to be paid where land is expropriated in the public interest, having regard to all relevant circumstances, including but not limited to …

It then lists the instances where the state possibly foresees nil compensation to be applicable. The bill clarifies that this is, for example, land that is not being used and the owner’s main purpose is … to benefit from appreciation of market value.

This might still be vague, but it does give a more precise indication that it is not property earmarked for development.

Similarly, it’s not clear how “abandoned land” will be handled. Will this bear the technical legal meaning that the owner abandoned the land with the intention of no longer being owner? Or will it also include land that the owner left because it was no longer safe to stay on?

Owners of land earmarked for expropriation have specific time-frames in which they must respond. It seems as if the time-frames in the bill were written with a single owner of land in mind, and not for situations where whole communities living on land in terms of customary law are concerned.

What is desperately needed in the land reform context for expropriation to be a useful tool is redistribution legislation that authorises the expropriation, and sets out what must happen after the state has acquired the land.

In the meantime, the bill will now go to the committee of the National Assembly that will hopefully start the public participation process. The bill will also have to go to the National Council of Provinces, the house of parliament that ensures that provincial interests are taken into account on the national level.

Considering all that, the bill will probably only be finalised some time next year, if all goes well.

This article was originally published by the The Conversation.