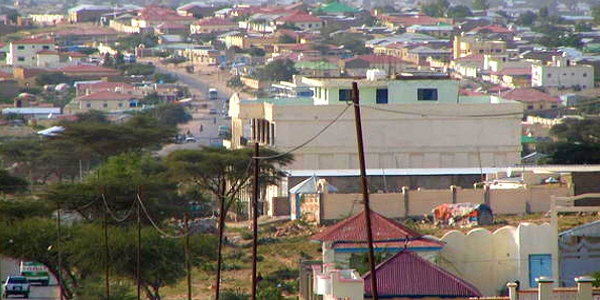 Somaliland President Ahmed Mohamed Silanyo recently claimed that more than one million citizens, out of the country’s population of 3.4 million, had signed a petition calling for the international community to recognise Somaliland.

Since 1991, and the collapse of the Siad Barre regime in Somalia, the region has declared itself independent. But should it? The examples of the secession of South Sudan and Eritrea raise serious questions and doubts about the outcomes of breakaway states.

The general approach to calls for secession in Africa, as set out by the African Union (AU) and its predecessor the Organisation of African Unity, is that they should be opposed. The most frequently heard argument against secession is that granting the right to one country invites others to take the same step.

This, the argument goes, would put at risk the internationally recognised system of post-colonial states in Africa.

The issue of secession first arose in the 1960s with the wave of decolonisation and questions over the viability of the newly independent states across the continent. Two cases stood out: the Congo, where Katanga’s self-proclaimed breakaway was defeated by United Nations forces; and Nigeria, where the Biafran secession was ended by the Nigerian federal forces.

The issue has come up again in recent times. In northeast Africa two states have experienced separation. In 1993 Eritrea was recognised as a separate state from Ethiopia, and the world’s newest state, South Sudan, was recognised in 2011.

The circumstances in each of these cases was different. But the purpose here is not to revisit how and why these took place, but to consider what happened next.

In both cases separation was intended to deal with historical problems and provide an acceptable alternative in the form of a new internationally recognised state. But have they achieved these objectives?

Both the Ethiopian and Sudanese examples suggest that separation isn’t always the straightforward option. The division has led to violent border disputes, economic complications, and poor relations with the wider international community.

There is also a case to be made that granting secession has merely served to fuel the claims of other separatist movements. Somaliland’s calls to be recognised as independent, rather than being included in the efforts to rebuild Somalia, is an example. When South Sudan became independent in 2011 a Somaliland delegation arrived in Juba, the capital, wearing t-shirts saying “Somaliland Next”.

Any separation involves the recognition of an accepted border between the two states involved. In the case of both Eritrea and South Sudan this has proved contentious.

In 1988 there was an issue over Badme, a small town near the Ethiopian border which Eritrea claimed was theirs. This ignited one of the two largest interstate conflicts in Africa since the second world war. The other interstate conflict was Somalia’s attack in 1977 to back up its claim to Ethiopia’s Ogaden region, an area mainly populated by clans of Somali origin.

South Sudan’s border with Sudan also proved contentious, and there were clashes over the disputed area of Abyei.

Neither the Badme or Abyei issues have been resolved to the satisfaction of the two states involved. Instead they continue to fester.

The continuing border disputes have resulted in both sides continuing to invest heavily in their armies and in equipment. Eritrea and Ethiopia both maintain large and costly forces facing each other across their disputed border.

And while South Sudan and Sudan agreed to an integrated joint force on their common border, it never came into existence. Mutual suspicion and accusations of incursions by both armies persist.

Eritrea’s independence made Ethiopia a landlocked country. Prior to Eritrea’s independence Ethiopia had access to the sea ports of Massawa and Assab. After separation, Ethiopia expected access to continue, but major differences soon emerged to scupper this. This included the relative value of the two countries’ currencies and tariffs charged by Eritrea on the movement of goods.

Worsening economic relations are thought to have played a significant part in the border war that broke out between the two countries.

Similarly, South Sudan and Sudan had to share an outlet to the sea. This became problematic. Sudan began extracting oil in the late 1990s with the bulk of the oil originating in the south. It exported oil via pipelines to the Red Sea that ran through the north.

The peace agreement, which saw the establishment of the South Sudan government in 2005, involved arrangements to share the oil revenues. But South Sudan’s decision to separate completely in 2011 soon gave rise to complaints that Sudan was not honouring the agreement. It even led at one point to the pipeline to the north being closed.

Separation often implies that the former state wasn’t viable. International recognition of a new state therefore assumes that separation is better for both old and new. This has proved questionable in both cases.

Eritrea has acquired a reputation as a coercive state and become something of an international pariah. South Sudan has imploded into impoverishment and widespread conflict, leading some to call for it to become a UN mandate, with the presence of a long-term UN force.

These cases have left a legacy which suggests that separation, in Africa at least, is not an easy option. It could lead to outcomes that do little to solve the problems of any of the states involved.

Many in Africa will have these outcomes in mind as they face Somaliland’s continued call for international recognition as an independent state. Meanwhile, rebuilding in the rest of Somalia continues with the express wish that Somaliland is part of the process.

Peter Robert Woodward is an emeritus professor of Politics and International Relations at the University of Reading. This article was originally published on The Conversation Africa.