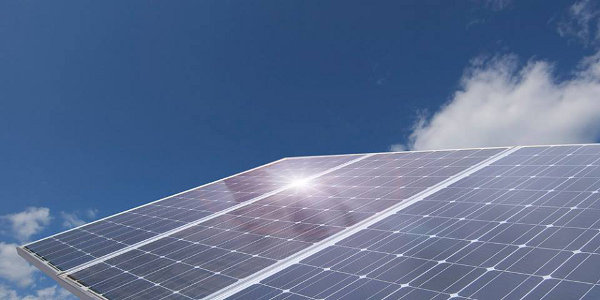 In 2011 Dutch entrepreneurs Bart Fugers and Eric de Jong set up a business in Kenya to produce and sell wind turbines for electricity production.

Fugers had spent time in Kenya as a volunteer with an NGO. At the time he was studying for a Master’s degree in sustainable energy technology.

When he returned to the Netherlands he recounted his experiences building wind turbines to De Jong, a long-time family friend, and the two eventually raised US$100,000 and set up RIWIK East Africa. They found two more business partners – Hans Lipman (CFO) and Lynn Vanheule (business development manager) – to back their venture.

Their idea was to contract and train local artisans who would build 1kW wind turbines for sale within their communities. The turbines would be sold for about US$2,300 each to households and businesses in off-grid areas.

“On paper it was really nice… but it was difficult to build a solid business with this idea. We sold only 12 wind turbines in the first year,” Fugers recalls. “It was too complicated to produce and also not a perfect business model because we could not guarantee quality and make a margin at the same time.”

“We also realised that when a client came to us, they were not asking for a wind turbine. They just had an energy problem they needed fixed.”

So RIWIK shifted to solar energy, this time offering solutions, not selling products. Today RIWIK East Africa specialises in analysing the energy needs of its clients, then undertakes the design, installation and maintenance of solar solutions on their behalf.

“We talk to our clients and build a solution based on their needs for today and tomorrow. If our client doesn’t have kids, but are planning to expand their family in a few years we have to think about how their energy needs will be affected. If they were connected to the grid they wouldn’t need to think about it, but it is relevant when you are installing a solar system.”

RIWIK’s target clientele are households, farmers, lodges and organisations in off-grid areas willing to invest between $2,000 and $20,000 for solar power. It has also set up solar systems for schools, mostly funded by NGOs.

“There is a place called Burguret in Nanyuki town (a three hour drive north of Nairobi) that is popular among high-income retirees but is not connected to the grid. If they used a diesel generator for their energy needs it would be expensive, but with solar energy they have a system that will work for 20 years and pay back itself in two to three,” says Fugers.

“Always assume that your first business model is crap,” he advises. “For us it was quite extreme because our whole product didn’t work and this could have killed our company, but we managed to turn things around and found a working business model without making additional investment. We could have developed the whole model and started selling, then realised later that it didn’t work. But we started selling first, realised it didn’t work then we moved on to a model that has been effective.

“The lesson here is don’t try to develop the whole business, instead start selling immediately, see how the customer reacts, and learn from that.”