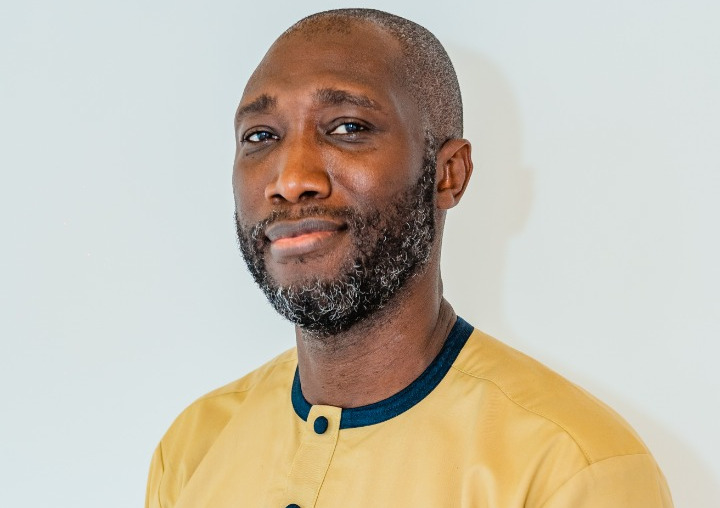 Since returning to Sierra Leone from London in 2001, Muctarr Turay has run a number of successful businesses, including an IT consultancy (Tiwai Memory Masters), a clearing and forwarding company (Safarcom), a solar energy installation outfit (Sinergy) as well as computer hardware and pharmaceuticals trading ventures.

Whilst larger hubs such as Lagos and Accra gain most of the attention, Turay has demonstrated that one can still be successful in the region’s smaller cities. Thousands of other businessmen like him successfully ply their trade on the streets and in the boardrooms of cities like Freetown, Conakry or Bissau.

Whilst it has not been easy – he has weathered his fair share of economic turbulence and business setbacks – Turay believes that smaller markets like Sierra Leone can still offer big opportunities. “Business here is very tough. They say if you can do it here, you can do it anywhere. But once you’ve built a reputation and established yourself, there’s an opportunity to really own the market in a way you can’t elsewhere.”

Here are some of the most important lessons he has learnt from doing business in Sierra Leone.

“Your success ultimately comes down to your relationships. It starts at home, with a stable personal life. I’m blessed to have a wife who is not just personal support but also a business confidante and advisor. Choosing the right people in your personal life will support your success in business.”

Working with the right people is equally important. “When I take on a staff member, I have to make sure I can trust the person first and foremost. It is easier to teach skills than character.” Many of his staff have been working with him for well over a decade, and for long-standing employees, benefits in kind can exceed their base salaries. It’s not unusual for Turay to support staff by providing for birthdays or weddings, or even cars. “When you find people you trust, hold on to them. Treat them like family.”

Turay is a devout Muslim and says his religion’s guidance on relationships has served him well. “It’s difficult here when there isn’t a strong legal system. So it’s very important that you remain true to your word and people trust you and can rely on you.”

Whilst he regularly attends important business conferences both at home and abroad, and is well-known in business circles, Turay keeps a low profile in public. From the car he drives to the clothes he wears, his image is defined by discretion. He rarely posts on social media and his office is situated inside a very ordinary looking exterior. “I don’t go around putting myself around in public. It’s just not my style.” Beyond personal preference, it makes sense to remain low-key. “Things can be very cut-throat, and you don’t always know who you can trust.” Given his businesses are aimed towards corporate customers, it makes sense to focus on building a smaller number of deep relationships rather than having to deal with the distraction and attention that would come with a more public persona.

He also advises avoiding taking sides or airing political views in public. “Politics is often a quick route to wealth but it doesn’t last. As soon as things change, and you fall out of favour, that wealth disappears just as fast. In the long run, neutrality is the best policy.”

3. It’s easier to deal with businesses than individuals

“Small markets like Sierra Leone don’t support a lot of large consumer businesses. The market is small and buying power is low – those with money shop abroad. Most goods have to be imported, which is expensive, and reduces your margins.”

Consumer businesses often rely on being able to scale quickly and Turay notes that scaling into other countries in the region is hard, due to regulatory differences, weak cross-border infrastructure, and cultural and political barriers.

“At the end of the day, you’re going to make a lot more money selling to a company than an individual. And you can build a successful business out of a small number of core business clients.” On the other hand, he notes that individuals tend to be a lot more fussy. “Clearing a container from an individual will probably require more work than one from a business customer, even though [the latter] generates much more revenue.”

Whilst his businesses do have physical shops that individuals can buy from, he doubts they would survive on shop sales alone. “The shop is there to give people comfort that you’re a real business and you’re not going anywhere. In reality, most of our revenues come from outside the shops themselves. All of the businesses are focused on corporate sales and not walk-ins.”

4. Pay attention to the boring parts of your business

It’s tempting to get carried away with outward appearances, especially when funders and media attention are focused on the next big thing, but Turay tries not to get carried away with the latest trends. “It’s important to understand where business is moving, but you have to filter out the noise. At the end of the day, your success comes down to the basics, like your people and operations. They may not be the most interesting things, but things like making sure people things happen on time and keeping control over your cash can make or break your business.”

Like many other successful businessmen, Turay emphasises the importance of cash. “Cash flow is king. No matter how good your idea is, if you’re not liquid you will go out of business very quickly.” Rather than building up high-risk ventures that take years to break even, his focus is on reliable businesses that can scale over time. “It’s very difficult here to get outside funding, and it often comes with strings attached, so it helps to have a business that makes money from day one.”

5. Have patience to understand the business environment

Turay’s first venture, a partnership with two friends that tried to invest in promising businesses, was a huge and expensive failure. “I had seen something similar in Europe, but it was ahead of its time here. That was a big lesson for me. Just because something worked there, it doesn’t mean it will work here.”

Turay emphasises the need to take time to understand the business environment. “A lot of foreigners jump into business, investing a lot of money and thinking they know better than everyone else. But they fail because they don’t take the time to understand how things really work here. They expect everything to work the same way it does in the West, and get frustrated when it doesn’t. They never learn to play the game.”