More than one half million Sierra Leoneans live outside the country after fleeing during the country’s long civil war. With new business reforms enacted, some Diaspora are returning to the mother country eight years after the end of conflict. 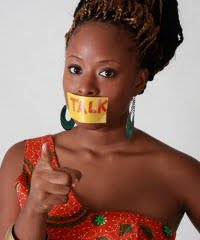 Remoe was born in Sierra Leone, but left with her family when she was 12, spending much of her life in the United States. But Sierra Leone, she says, has always been close to her heart.

While studying at Haverford College in Pennsylvania, Remoe kept coming back to Sierra Leone. She began documenting Sierra Leone life and culture on her blog, “Swit Salone”, keeping others in the Diaspora up to date with events in the home country.

More than half a million Sierra Leoneans live outside the country, mostly in the United States and Britain, with an active online community eager to hear of developments back home. But Remoe was not satisfied with limiting herself to the Diaspora. The idea for a TV show came from a desire to get involved in the local community.

“The show for me was a way to kind of break into Sierra Leonean society because after a year of being here I still felt like I was [not] inside, like I was on holiday somewhere and not really integrating into the society,” Remoe said. “So I wanted to do something that would bring me closer to every day Sierra Leoneans who were not my family members.”

Sierra Leone’s long civil war saw a third of its highly educated and skilled nationals move elsewhere, taking their expertise and their assets with them. The government’s Office for Diaspora Affairs is now trying to harness this human capital, encouraging its ex-patriots to invest, return home and set up businesses.

Business reforms have seen the number of days it takes to set up a business fall to 12, which is less than the average for rich countries in the Organisation of Economic Cooperation and Development. While ahead of its neighbours in the World Bank’s 2010 report ranking countries according to how easy it is to do business there, Sierra Leone still is 148th of 183 countries.

Remittances from abroad make up around 12% of the nation’s GDP. But Sierra Leone Investment and Export Promotion Agency chief executive Patrick Caulker says the country needs more than remittances. Caulker says relatively few people are returning from the Diaspora to do business in Sierra Leone.

“We had, because of the war, loads of people who travelled to Europe and America, you know, in search of opportunities, education and all these things,” said Caulker. “So our human capital, just the human capital that we have in the Diaspora, if those guys can come back with the wealth of knowledge they have got themselves up to, you know, come back here and try to stimulate things here in Sierra Leone, it would be game-changing for our economy.”

Eamonn Hanson, who left Freetown at 13, has always yearned to come back and set up a life and a business in Sierra Leone. But instability during and after the civil war made it impossible to consider investing in a business or setting up a life in the country.

In 2004, Hanson took the plunge with his partner and settled in Freetown. Hanson has just launched a locally-made gin and pineapple juice drink.

The whole operation runs out of their basement, with just a few employees bottling and labeling the drinks by hand.

Hanson says even though the country has progressed remarkably, running a business in Sierra Leone is still no easy task.

Running a business as a returnee has its own complications.

“In Sierra Leone there is the expectance that the more fortunate people within a family take care of the less fortunate in the sense of giving school fees, maybe employing people in the businesses,” Hanson added. “And if you really want a good business to run, it might not necessarily be good to use your family members in the business. But you might want people who actually have the qualifications and are good at running a business.”

But despite the considerable challenges, Hanson is optimistic about his beverage endeavor.

Whatever the cost of returning home, those Diaspora returnees who set up shop here seem determined to make it work, enriching Sierra Leone’s diverse make-up and, potentially, transforming the economy. – VOA