Jim O’Neill, chairman of Goldman Sachs Asset Management and the person who first coined the term BRIC, says it is not entirely obvious to him why the other BRIC nations (Brazil, Russia, India and China) should have agreed to the inclusion of South Africa in the grouping. 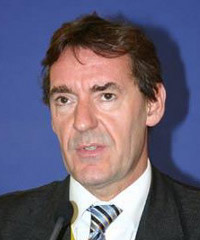 On 24 December 2010 Bloomberg reported that South Africa has been formally asked to join the BRIC group of major emerging markets.

“When I created the acronym, I had not expected that a political club of the leaders of the BRIC countries would be formed as a result,” O’Neill said in an opinion piece on 28 December 2010.

“As far as the economics are concerned, South Africa is one of the more wealthy nations in Africa, and is currently the largest in US$ terms at around $350 billion. However, this is quite small by not only BRIC standards, but compared to some others. For example, Russia is around $1,600 billion, nearly 5 times larger than South Africa. And, India is currently similar in size to Russia. Brazil is currently closer to $2,000 billion in size, while China is considerably larger at around $5,500 billion,” O’Neill explained.

He said that there are other emerging economies that are much bigger than South Africa, these include Indonesia, Mexico, Turkey and South Korea.

“It is tough to see how South Africa matches up to these four countries, never mind the BRIC countries,” O’Neill wrote.

In an interview with CNBC Africa, George Glynos managing director of ETM reiterated the point that BRIC is not an official organisation. “The BRIC countries . . . is a coalition, it is not a formal group as such. Membership is perhaps a fairly strong word.

“But in any case, [South Africa] had been invited to conduct discussions with the rest them, specifically by China, which is not surprising because China is the . . . power country out of the four. Whatever happens between the BRIC countries and South Africa . . . it is always about what each party can gain out of this deal. They wouldn’t be going into something if there wasn’t something that South Africa could offer them,” Glynos added.