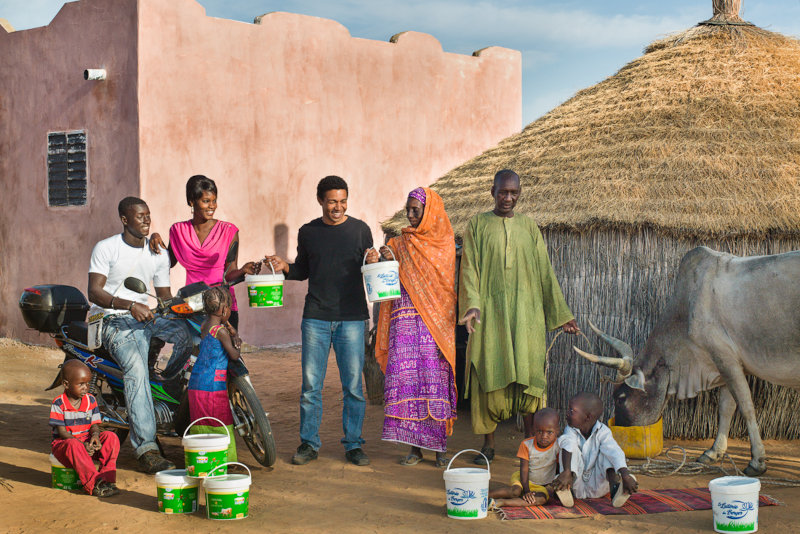 In 2004, Bagoré Bathily returned to Senegal from Belgium, where he completed a veterinary medicine degree, to work with Fulani herders near the northern city of Richard Toll, where the Senegal River supports grazing land for some of the country’s three million cows.

The herders knew all the water spots across the landscape and every kind of nutritious herb for cattle, but they had no market for the milk they produced and threw much of it away as they focused on meat production. Bathily realised that if he could capture the milk drawn from thousands of cows and get it to a factory to make dairy products, he’d be in business. Despite any prior manufacturing experience, Bathily founded La Laiterie du Berger (LDB), a dairy-processing company, which has since become a pioneer in the re-establishment of Senegal’s local dairy industry.

With help from friends and a former university professor, the entrepreneur spent the next year creating a business plan that motivated the French investment group Investisseurs & Partenaires to seed €150,000 into LDB. A bank loaned him €450,000 and his family pooled an additional €400,000. He used the capital to build a dairy factory in Richard Toll, employ 40 people and purchase animal feed and scores of motorised wagons to scuttle around the surrounding countryside gathering milk from semi-nomadic herders. 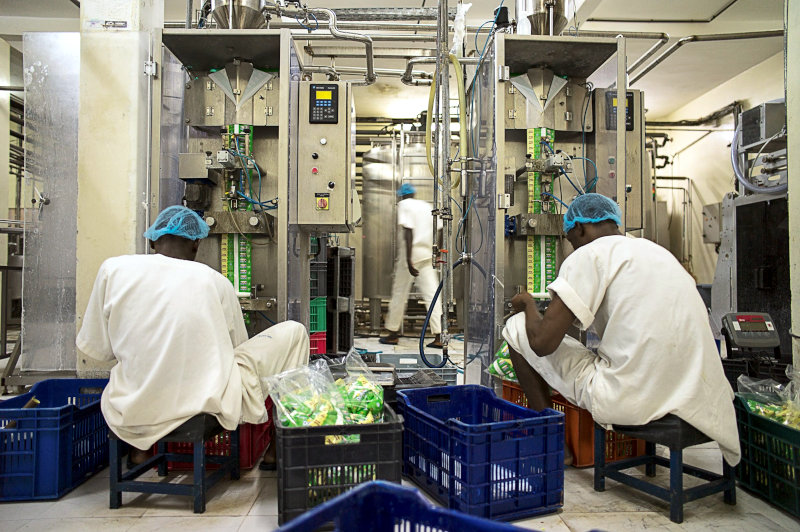 The new entrant into Senegal’s commercial dairy sector had to overcome several obstacles, having only basic experience working with cattle. “All I knew back then was the bush and how to fix the cows; when the business began, there were huge problems every day,” explains Bathily.

As morning alarms ring in the commercial cities of Dakar and Saint-Louis, powdered milk is twirled into bowls of porridge and tipped into cups of tea. Manufactured predominantly in Europe, powdered milk dominates the market. Around 90% of all milk sold in Senegal, both fresh and powdered, is imported and it sells at 30% cheaper than local milk. The powder retails cheaply in supermarkets and neighbourhood shops, while affluent Senegalese consumers purchase expensive pasteurised imported milk that faces a minor 5% customs duty.

Local market conditions meant that LDB faced a tough start. The Senegalese government had shackled an 18% VAT on all locally produced dairy products, lasting until 2019. This gorged into LDB’s margins and made it harder to turn a profit.

LDB’s cows are also unproductive in comparison to herds in Europe and parts of East Africa. “Each cow produces between one and two litres per day, whereas in Europe you will have 25 certified litres a day,” says Bathily, as sounds from his factory hummer away in the background.

To overcome problems, the dairy entrepreneur harnessed the power of skilful marketing and tapped into growing demand for Senegalese goods. More people had discretionary income and were eager to buy local, providing a ready market for his products. Manufacturing yoghurt, pasteurised milk, fresh cream and sour milk under the brand name Dolima – which means ‘I want a little more’ in the local language Wolof – LDB ferries its refrigerated dairy products to nearly 20,000 shops all over Senegal. The company also distributes to The Gambia, where Dolima has become a household brand.

“In Senegal, people love very strong tastes like acidic cereals, and our milk balances that out. It is the milk of the desert and very unique,” adds Bathily, who combines 0% to 80% imported milk powder in Dolima’s recipes, ensuring supply meets growing demand and the taste is popular with consumers. 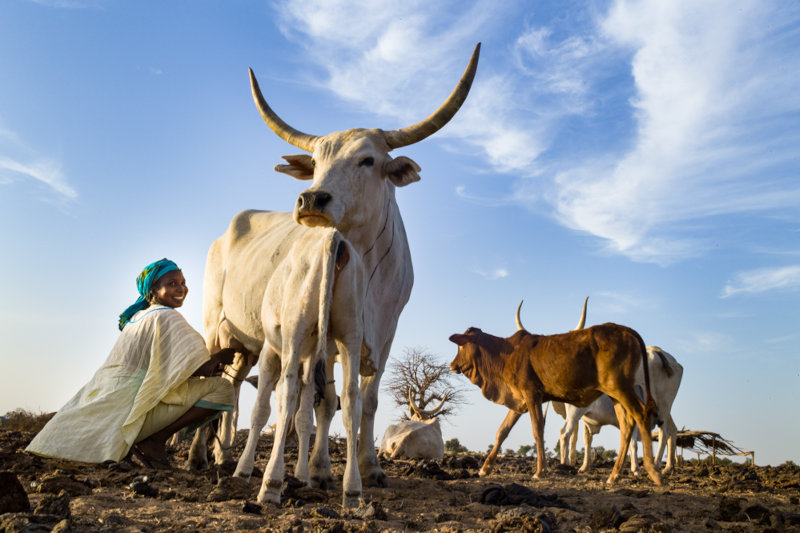 LDB weathered those early storms and profitability increased after the 2019 removal of VAT. Danone, the Paris-based food giant, took note and bought a 22% stake in LDB, deeming Africa the “new frontier” in 2014.

Senegal’s dairy sector also looks set to prosper, as the country’s growing wealth translates to evolving diets. Dairy intake in Africa is estimated to grow by more than a third by 2030, according to the IFCN Dairy Research Network, and according to Bathily, LDB is entering a new growth phase. The firm is scouting the region for locations to build new factories and will dip its hand into “revisiting local cereal recipes that we’d like to industrialise”, explains Bathily, as peanut, mango and other agricultural value chains look like promising areas to exploit.

For now, a growing band of consumers are buying $1.7 Dolima yoghurts, ensuring an operating profit. Despite the firm not publishing results, Bathily says revenue has grown from $430,000 in 2007 to $15 million in 2020.

“This generation wants local things and a modern take on traditional solutions, and for me, it is big business, too,” says Bathily.