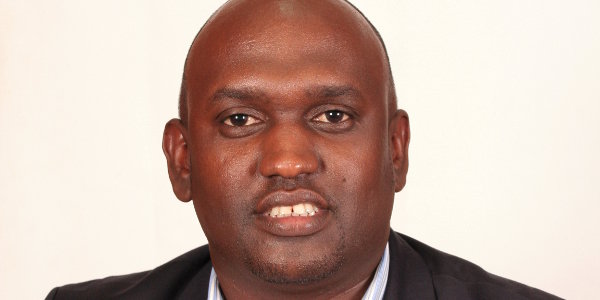 Kenya’s northeastern region has in recent years suffered many terror attacks from the al-Shabaab militant group. Although the situation is currently calmer, the area is still associated with insecurity. At the height of the attacks, a group of teachers posted to Wajir, Garissa and Mandera counties even refused to report to work, claiming it would be a “death mission”. Investors too have shied away from the region due to security fears.

But in 2014, Dr Abdi Mohamed decided to build a low-cost hospital in the town of Wajir to fill gaps in the region’s healthcare sector.

In 2011, Mohamed founded Ladnan Hospital, a 50-bed low-cost private hospital in the capital Nairobi. He quit employment after a two-year stint at a government hospital where doctors frequently had to send patients away for both lack of equipment and drugs. When he accompanied a patient to Dubai, Mohamed was shocked to find a bypass surgery was cheaper there than in Kenya.

“I figured maybe there is an opportunity to offer low-cost healthcare in Kenya,” he recalls.

Finding a market in an unexpected place

Mohamed says Wajir has a large number of government workers who have health insurance and can afford to pay for quality health services, but previously they had to travel to Nairobi due to inadequate equipment and medical personnel at existing facilities.

“In Wajir the options available were small clinics that don’t have a doctor, or a government hospital that is both under-equipped and under-staffed. We saw a gap to cater for people with insurance and those who generally don’t want to go to the government hospital,” notes Mohamed.

“There are many technocrats who have been sent to work there. These people have the means and capabilities to pay for medical services – they just didn’t have a place to go to where they’d be guaranteed high-quality care.”

Although the gun and grenade attacks were frequent at the time, Mohamed says he had no doubts about investing in the region. Ladnan Hospital in Wajir provides inpatient and outpatient care, including maternity, x-ray, ultrasound and theatre services.

“Thugs, and even terrorists, respect hospitals, because you never know when you will need one,” says Mohamed. “I also knew this was general insecurity not targeted at one business. And to be honest, Nairobi is more insecure than Wajir.

“Other than a few incidents you wouldn’t hear of frequent robbery and muggings in Wajir like you do in cities such as Nairobi. In such a small town everyone knows everyone, so break-ins into people’s houses or businesses are not that common.”

According to Mohamed, terrorist attacks have been on the decline since he first invested in Wajir.

“What tends to happen now once in a while is inter-clan fighting,” he says.

In mid-January two people were killed when clashes broke out between the Ajuran and Degodia clans in Wajir county. The north-eastern region has a long history of local tensions over boundaries and other resources.

Mohamed plans to expand to neighbouring Mandera and Garissa counties that have also faced bloody terror attacks in recent years. Last April more than 140 people, mostly students, were killed in an attack at the Garissa University College. The university has since reopened with improved security measures.

And in Mandera, 28 people were killed after al-Shabaab hijacked a Nairobi-bound bus in 2014. Last December, Muslim passengers averted a similar attack by refusing to separate from non-Muslims and telling attackers to “kill all passengers or leave”.

According to Mohamed, private sector investments in areas prone to insecurity play a vital role in creating jobs and uplifting the community. A lack of investment in infrastructure and basic services only promotes poverty, abhorrent living conditions, and a continued cycle of violence.

Professionals from other regions of Kenya are hesitant to work in Wajir for security concerns. The region is mostly populated by the Somali community.

“The culture in Wajir is also completely different from what they are used to. Most Kenyans (of non-Somali origin) adapt, but of course they feel lonely because the majority of the population is one community – the Somalis. The good thing is we all speak a common language (English and Swahili) and we are of the same nationality, so there are common grounds.

“To attract talent you have to give people a good package – provide accommodation, help them settle down, and even provide transport so they can frequently visit their families in other parts of the country.”