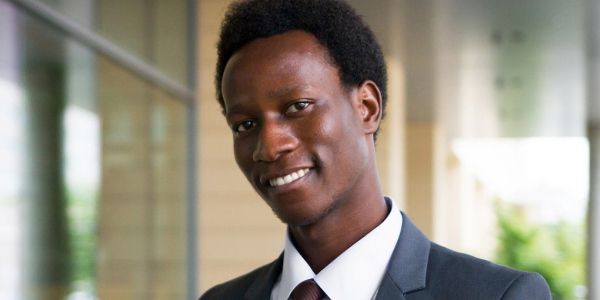 As a child, every morning before school, Jean Bosco Nzeyimana – who lived in a poor, rural village in Rwanda without electricity or decent infrastructure – would have to go into the forest to collect firewood. It was a tough job in a hard life; but it sparked an idea that, years later, would turn Nzeyimana into a budding businessman with a passion for sustainability and social enterprise.

“My mother, a great teacher of mine, told me that to dream, I needed to go outside and look at my community and see how everything is going,” he told the Skoll World Forum in 2016. “I was so sad because during those few days I took to look around, I found that I was uncomfortable with the way I was living and the way my community was living.”

For example, as in so much of rural Africa, most of the people in his village were still relying on charcoal for cooking. In fact, around 80% of people in Rwanda still use wood as their main energy source, which means that millions of trees are being cut down to satisfy demand, causing devastating deforestation. Nzeyimana was concerned, too, about the waste he saw piling up in Rwandan landfill. “Cutting down trees is dangerous because it’s exploiting nature,” he says. “And taking waste to landfill is not a solution. It’s creating another problem.”

He was convinced that there must be another way and, as he grew, he kept thinking about what he could do to help his people find an environmentally friendly alternative fuel source.

Rwandans may not be rich in natural resources such as diamonds, platinum and gold, says Nzeyimana, but they are eager to learn and good at utilising any opportunities available to them. So, aged 19, he hit upon the idea of turning organic waste materials into clean-burning briquettes, thus making an affordable and sustainable replacement for charcoal. With a startup loan from the African Entrepreneur Collective, and convincing his district to let him use a waste management facility for free, he has since created a business called Habona (which means “illumination”).

Habona collects and sorts trash to make briquettes, biogas and organic fertilisers for its customers, which include restaurants, hotels, households, businesses, schools, farmers and government offices. The company is also a job creator, employing 26 people. “I wanted to generate a sustainable fuel that would have a positive impact on people’s lives – but I also wanted to generate employment,” Nzeyimana says.

Well, mission accomplished – although Nzeyimana has only just started. He now wants to roll out his idea across Rwanda and beyond. And he’s still only 25.

It’s no surprise to find that Nzeyimana has won numerous business awards. He was named Top Young Entrepreneur of Rwanda 2014 and became a recipient of the African Innovation Prize and the Mandela Washington Fellowship for Young African Leaders, a programme begun by former US president, Barack Obama. Plus he shared a stage at the 2016 Global Innovation Summit in California with Obama and Facebook founder Mark Zuckerberg. “They were really interested about what I’m doing in my little community,” he says. “That’s good motivation for me to keep working hard and moving the business forward.”

What challenges did you face when starting Habona?

To get ahead in business you need to be secure in terms of funding: you don’t want to have cash flow problems. So the main challenge I had was gaining trust from potential investors. I was 19 years old and, in my culture, young people find it difficult to gain trust from more experienced members of the community. Yet I needed investors to recognise that I had a good idea. So I kept pushing, trying to spread awareness of my plan. I also got involved with entrepreneurship competitions and various events and these attracted attention from potential partners in the UK and the US.

The other problem was that I was embarking on a business venture that was new, so I couldn’t expect to find ready-trained and experienced workers. Instead, I had to organise and train people myself. For those working on the waste collection side, training was easier; but it was more difficult on the processing side because many people had never even seen a briquette before. I couldn’t expect them to simply come in and make the product if they didn’t understand it. So a lot of money was spent on ensuring they knew what Habona is trying to do.

What’s the long-term potential for the business?

For the future, I want to see how we can scale down our processes in order to make our model franchisable, and then apply it to villages not just in Rwanda but outside the country, too.

Is enough being done in Rwanda to drive young entrepreneurship?

There are policies that need to be changed to ensure that entrepreneurship can flourish. I’m involved in different entrepreneurial chambers where like-minded people gather together to discuss what the country can do to be attractive for people who want to embark on new endeavours. We have a long way to go – but the progress we have already made is good enough to make me feel that the future is bright.

What advice would you give to companies that are looking to do business in Africa?

I say to them: “Africa is open for business.” We have so many opportunities here and so many areas that are untapped. Anyone who is interested in doing business here should certainly come; but even to those who are not interested I say: “Think about it!” I would look forward to providing guidance to anyone who wants to get started in Africa.