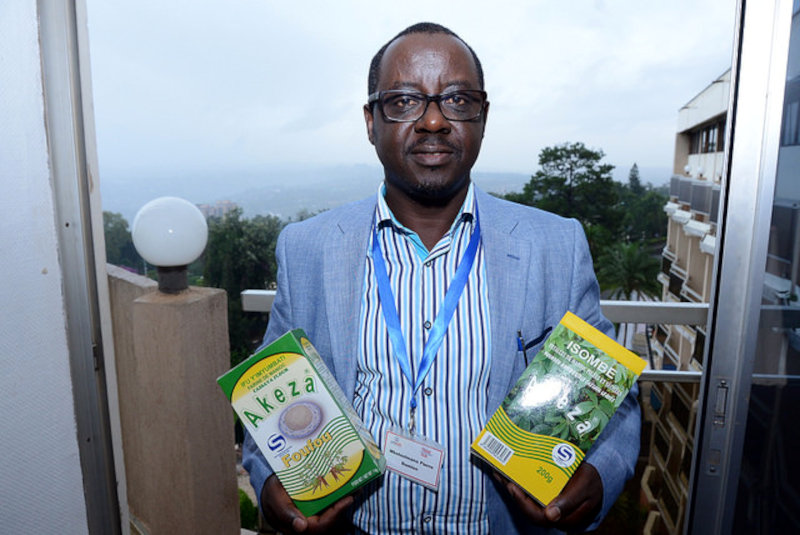 Pierre Damien Mbatezimana with a selection of Shekina products.

To invent, you need a good imagination and the willingness to solve a problem. Pierre Damien Mbatezimana has enough of both. He first invented a food warmer despite not having an engineering background. He was running a restaurant in Kigali, Rwanda, and needed a way to keep meals hot the whole day. Restaurants in his neighbourhood were having the same problem. So, Mbatezimana made, sold and leased warmers to fellow restaurateurs. The business eventually folded as the cost of electricity rose but he had learnt something about himself: he could create technology that solves problems.

In case he needed more motivation to become an inventor and entrepreneur, Mbatezimana looked to the late Bahamian preacher and author, Myles Munroe. One of Munroe’s teachings was about potential: that a seed is not just a seed, but a forest waiting to happen. He devoured the author’s books on potential and came to the realisation that his talent as a DIY person – he loved to create with his hands – was his seed.

One day, he visited a market in his home district of Rulindo when he encountered girls discarding cassava leaves that hadn’t sold at the end of the market day. They explained that cassava leaves are highly perishable and would be rotten by the next day. Mbatezimana knew the leaves spoilt because of their high water content and wondered if there was a way to remove the water and keep the edible product. Munroe’s words flashed in his mind. Here was his chance to plant a seed and grow a tree, maybe a forest.

Mbatezimana went home and designed a dryer and dehydrated some leaves. “On cooking them, they had the same taste as fresh cassava leaves,” he recalls. He took the dried leaves to a lab that offered even better news. Cyanide – a chemical found in cassava and which can cause poisoning when consumed in large quantities – had evaporated along with the water. Instead of the three to four hours needed to cook cassava leaves to remove cyanide, this new product could cook in 30 minutes. 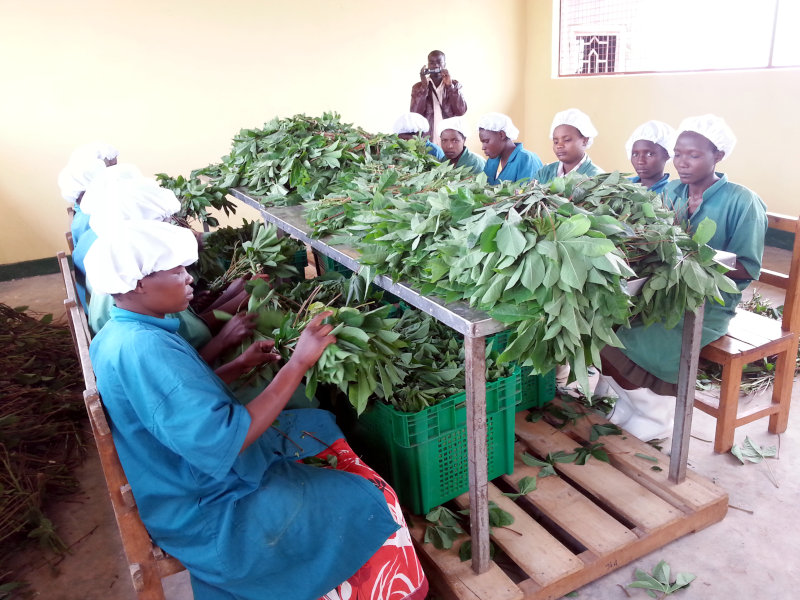 Sorting of cassava leaves before they are sent to the factory for cleaning, drying and packaging.

Cassava leaves are a delicacy in many countries across Central and West Africa. They are eaten with ugali or rice, accompanied with meat or fish or other vegetables like leeks, onions, celery and garlic. The leaves are rich in antioxidants, iron, a protein called lysine, and beta-carotene, as well as other vitamins and minerals.

Mbatezimana packaged his product, which he called Akeza, and took it to the 2007 Kigali Exhibition to test the market. He handed free samples to those who wished to try it. One woman came back after a few days, excited to get more product. She was marketing his product to anyone who cared to listen as it was easy to cook, light to transport and could stay fresh for longer. She was the first person who showed him his idea will work. Other buyers soon followed. Mbatezimana was officially in business and his company Shekina Enterprises was born.

Akeza made cooking the leaves simple and solved the problem of expiry. It has a shelf life of two years and is easily transported.

Mbatezimana’s raw materials were readily available. Cassava is the second most grown crop in Rwanda after bananas and the fourth most consumed staple crop, according to official 2018 data. The entrepreneur went to the community and got a group of women to supply him with cassava leaves.

Meanwhile, he designed a bigger dryer and was soon delivering to supermarkets.

It was such a hit, he began receiving calls from customers abroad who wanted the product. Their friends and relatives had been buying locally and posting Akeza to them. He found distributors to stock and sell his products in Uganda, Congo, Burundi, Kenya, the US, Canada, Belgium, Sweden and the UK. Shekina was now in the export market with two flagship brands: Akeza and Ala Damiano.

“Ala Damiano came from Akeza. It has all the ingredients to make an instant product that takes five minutes to cook in boiling water,” explains Mbatezimana.

Currently, 70% of the products are exported.

Shekina also processes dried fruits like pineapples and bananas as well as vegetables such as amaranth, pumpkin and spinach. In addition, it makes flour from millet, sorghum, soya and maize. 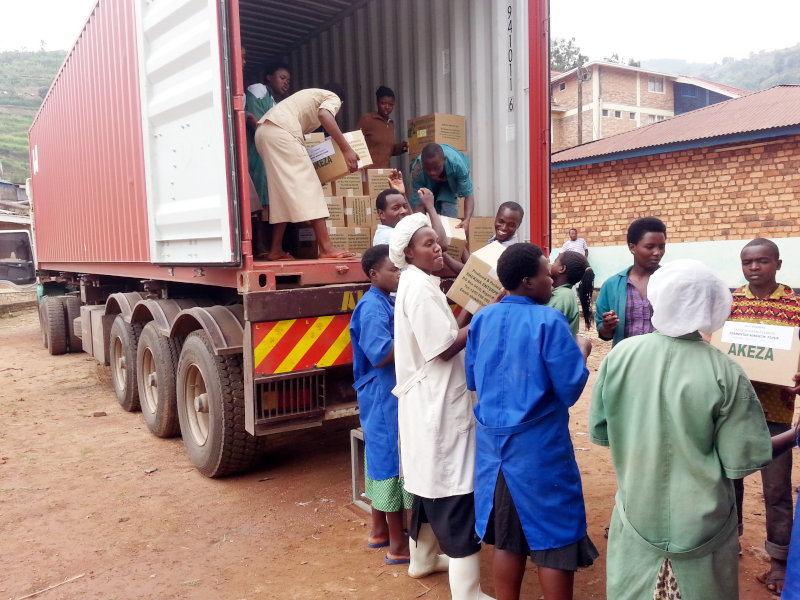 Shekina’s products being loaded into a container for export.

The company contracts farmers to deliver cassava stems to collection centres, where leaves are sorted and sent to the factory for cleaning, drying and packaging. The first challenge Mbatezimana encountered was farmers who delivered leaves at the same time, exceeding the capacity of his dryers. He navigated this by organising the farmers into five co-operatives, each with a collection centre in their home area. “Each co-operative now has a specific day to deliver leaves and a quantity to deliver,” he says.

While Mbatezimana’s initial funding came from his savings, he has depended on bank loans to grow. He acknowledges it has been an uphill task obtaining funding without collateral, especially now that he is set on expansion. He needs to research more vegetables to bring to market, as well as increase processing capacity.

“The material is available, the market is there; in fact, the market is big, locally and internationally, we just need to grow our production capacity to absorb all the raw material,” Mbatezimana says. He is looking to understand the online market but so far, he is not selling the products over the internet. However, some of his distributors do sell on Amazon.

Mbatezimana is proud of having organised the supply chain as well as developing the proper technology to dry his products. After experiencing bottlenecks with his locally made dryers, he found a South African firm to design dryers that use both electricity and a wood furnace.

“The cost of power is a huge challenge in Rwanda and it makes the product more expensive.” He is currently investigating using biogas energy from cassava waste to cut down on electricity and wood use. “I am also looking into freeze-drying technology, which is better than hot dryers.”

Shekina has an annual revenue of $200,000 and Mbatezimana sees opportunities for growth in drying other vegetables to maximise the use of his machines during the dry season when there are not enough cassava leaves. He also sees huge potential in West Africa where cassava leaves are consumed in large quantities and there are currently no companies that dry them. “This is a technology that can be replicated in many African countries, especially in West Africa,” Mbatezimana says.