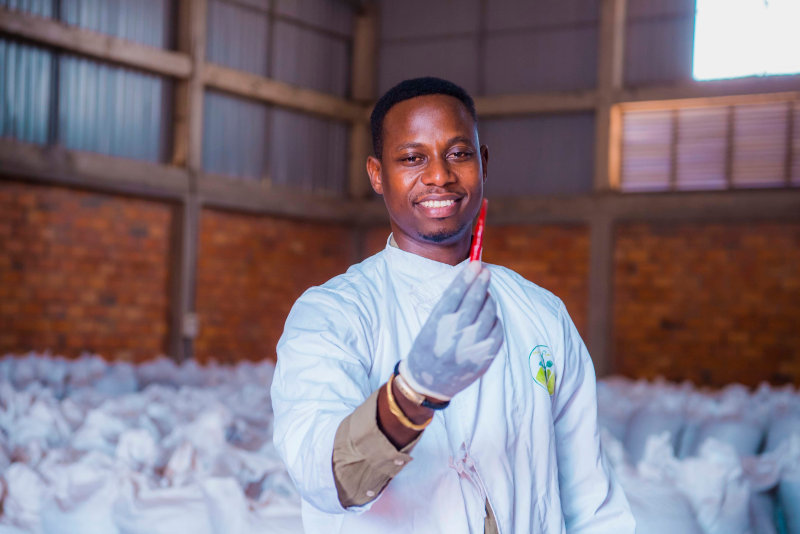 Dieudonné “Diego” Twahirwa, founder and managing director of Gashora Farm Plc, talks to James Torvaney about how he built a multi-million dollar business exporting chilli products to Europe and Asia.

In 2013, Twahirwa left his job as an agronomist at a pyrethrum refining company to start a small farm in Gashora, in eastern Rwanda. “I was looking for something more interesting and challenging, and ever since school I had had an entrepreneurial mindset, managing my own ventures like organising events and selling music devices.”

Initially, Twahirwa started with produce that sold well in the domestic market, such as tomatoes, watermelon and squash. But he found it difficult to earn a stable income. “There are a lot of price fluctuations in the local market, and there are no agreements in place. So the price can change significantly between planting and harvesting the crop, which can make it difficult to make a profit.”

Realising that the international market offered potential for better contracts and more stability, Twahirwa attended an agriculture show in the capital Kigali in 2015. “I met an exporter, who gave me a contract to grow two hectares worth of chilli for export to Europe. The man was just a trader, and his agricultural knowledge was limited, but it helped get me into the chilli industry.”

In 2016, Twahirwa attended another conference in India, where he met a number of big players in the international spice industry, and agreed a contract to supply dried chilli for export to Belgium.

“By that time, I’d attracted some media coverage and established an online presence, so I started to get contracts to export fresh and dried chilli to Europe. Some clients had asked for specific varieties of chilli, so we experimented with a number of different seeds to see which varieties fared well in Rwanda.”

In 2017, Twahirwa began looking at chilli oil as a more efficient and profitable way to export his product in addition to the fresh and dried forms. “Some of the chilli wasn’t suitable for fresh export and had to be rejected.” He settled on a formula for the oil that used a mixture of fresh and dried chillies, along with some additional ingredients, and worked with the International Trade Centre in Kigali to find a market for his product.

“The problem with fresh chilli is that there are a lot of price fluctuations – it behaves like a commodity. There are also some logistical issues involved, such as the need for air transportation. Chilli oil is more profitable but takes more effort to introduce into the market,” Twahirwa says.

However, dried chilli remains Gashora Farms’ core product. “There is a high demand for dried chilli, and it is not perishable like the fresh form. It’s also not as vulnerable to price fluctuations.”

Even with contracts in place to export to Europe and India, Twahirwa says the company was just scratching the surface. “Compared to everywhere else, China is the big one. It is such a huge market, and it can be easy to find clients. But finding a client doesn’t necessarily mean you have market access – protocol can be a huge difficulty.” In 2018, Twahirwa attended the China International Import Expo in Shanghai, where a client placed an order for $2 million’s worth of chilli oil.

However, having an agreement with a client didn’t mean Gashora could start exporting to China immediately. “Protocols need to be in place before a country can export to China. These include various inspections and bilateral market access agreements between the two countries.” This process can take years: “It took Kenya seven years to obtain market access for avocado; it took Tanzania four years for cashew nuts.” 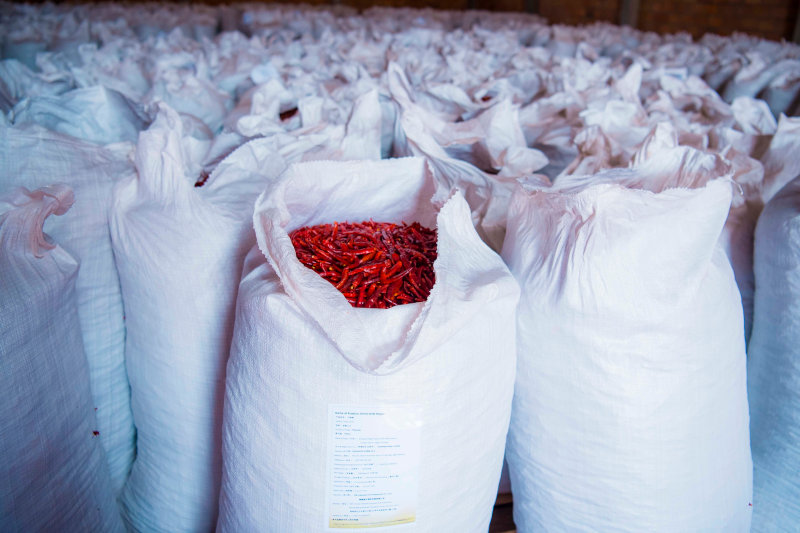 In Twahirwa’s case, the procedures took around two years. “The inspectors visited in November 2019, before the Covid pandemic stopped everything. The protocol was finalised in March 2021, and we exported our first export to China in July 2021.”

This was a huge step both for Gashora Farm and the country’s chilli industry as a whole, as Rwanda became one of only eight countries to have market access to China, and the only country in Africa.

Due to the delays in gaining market access, Twahirwa was not able to fulfil the initial order from China. However, further agreements are in place that could see Gashora Farm exporting up to 50,000 tonnes of dried chilli to China per year for the next five years (worth up to $100 million annually) if the company can expand its production. It currently also exports products such as chilli paste and oil via the Alibaba platform.

Twahirwa says Chinese buyers favour Rwandan chilli because it offers advantages over other producers like India and Peru. “Our climate means that we can grow chilli year round, and the cost of labour means we can offer a more competitive price. Also, we don’t spray many chemicals; we tend to be more organic and offer a high quality of chilli.”

Gashora Farm uses a hybrid model, which means it farms its own chilli and buys from over 1,000 outgrowers. “This season we harvested around 600 hectares, of which 255 were from our own land, and the rest we bought from smallholder farmers.”

Twahirwa explains that whilst he is happy with his company’s progress, he still sees significant potential for expansion. “The global demand for chilli is around five billion tonnes a year, compared to a supply of only around three billion. Our focus for the next five years is to build more processing capacity and expand our farms’ footprint, as well as gain access to new markets, particularly in Asia.”

He also sees opportunities for other entrepreneurs in the region, particularly for crops such as avocados, beans, and macadamia nuts. “As the agriculture industry expands, there will also be a lot of opportunities in related industries – for example, warehouse construction, transportation and agronomy services.”

James Torvaney is a business consultant and financial advisor specialising in West Africa. He has worked with clients across a number of sectors, including technology, manufacturing, consumer goods and hospitality.