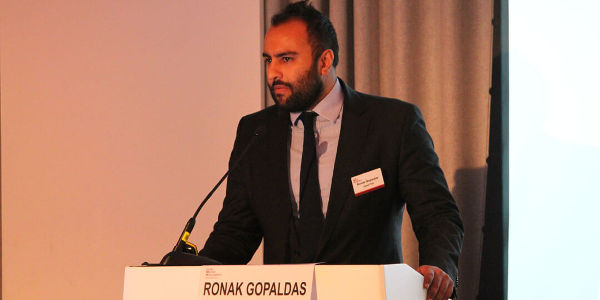 This article first appeared in A journal of activity and trends in Southern African private equity and venture capital 2019, published by the Southern African Venture Capital and Private Equity Association (SAVCA). It is republished here with permission.

Director at risk advisory firm, Signal Risk, Ronak Gopaldas weighs in on the opportunities and challenges that lie ahead for businesses and policymakers on the African continent, with some key opinions on how these challenges can successfully be navigated.

Traditional economic policy has been turned on its head in recent years amid a changing geopolitical landscape. The ‘protectionism versus globalism’ discourse is currently on top of Africa’s policy agenda. Will the continent adopt a more insular route like the US or a more outward-looking agenda like China? Will funding and investment be secured in yuan or dollars? Do the continent’s policymakers need to pick a side?

Initial signs suggest that the continent’s policymakers will pursue both avenues – to various degrees and in different forms. It looks as if pragmatism, not ideology, is emerging as the central guiding factor in policy formulation.

On a macro level, despite broad economic liberalisation across the continent over the last two decades – reflected in improved GDP growth and a spike in personal incomes in many countries – Africa’s trade figures have yet to catch up.

According to the Brookings Institution, intra-African exports in 2016 made up a paltry 18% of the continent’s total exports, compared to 59% and 69% for intra-Asian and intra-European exports, respectively. For too many African countries, trade still means exporting raw commodities to the developing world.

Meanwhile, high tariffs and decrepit infrastructure – including crowded border posts and dilapidated roads – prevent many countries from trading successfully with their own neighbours.

Now, as much of the rest of the world looks inward, Africa is looking to buck this isolationist trend via regional integration and increased cooperation. Indeed, Africa is in a unique position in that it has the chance to trade with an untapped market: itself.

The adoption of the African Continental Free Trade Agreement (AfCFTA) in March last year was a step in the right direction and demonstrated a willingness for leaders to craft African solutions to African problems. Other initiatives such as the launch of the African Union Agenda 2063 (a shared road map for the integration and socioeconomic transformation of Africa by 2063); the promised African Union passport; and the new Single African Air Transport Market all point to significant efforts by African leaders to take ownership of the continent’s destiny – rather than being bystanders – as has been the case previously when foreign powers have jostled for influence. Although there are doubts about its prospects, the magnitude and speed of these changes are too significant to be scoffed at, according to Professor Landry Signé of the Africa Growth Initiative at the Brooking Institution.

However, despite the increasingly liberal orientation adopted on a pan-African level, there is also increasing clamour for protectionism. The notion of “highly selective” trade policies to stimulate certain key sectors has been put forward as a method of achieving “catch-up growth”. Rather than crude protectionism, this would be selective, smart and targeted – justified by the overall need to advance national development goals. The head of the UN Economic Commission for Africa, Dr. Carlos Lopes, advocates this kind of “smart protectionism” – where government industrial policy is meant to mediate rather than displace market forces. The goal would be to target sectors that can catalyse growth and employment based on a country’s comparative advantage. In doing so, the cycle of dependency on imports from foreign markets can be reduced.

Though the external environment is largely beyond their control, African governments are deepening their economic challenges with frequent regulatory changes and uncertainty about policy direction. Irrational, haphazard policy decisions in a number of countries, such as South Africa, Tanzania and Nigeria have left local and foreign investors confused, and business struggling to cope with an already volatile economic climate.

Nowhere was this more clearly displayed than in South Africa, where former President Jacob Zuma’s ousting of Nhlanhla Nene as finance minister triggered a collapse of the rand and equity markets at the end of 2015. In the last year, uncertainty and clumsy messaging about land expropriation without compensation and the proposed mining charter has spooked investors.

Investor perceptions of Nigeria have been strained not only by policymakers’ management of the naira and the administration’s lack of progress on economic reform, but also by the heavy-handed approach to foreign investors. Regulatory fines (of banks and telecom operators, most notably MTN) have brought heightened attention to the overall risk of the operating environment in Nigeria.

The incongruous nature of the penalties to the alleged wrongdoings has rattled investors. Adding further confusion is the lack of co-ordination and agreement among the various regulators.

Similarly, Tanzania’ s policy environment has been poorly managed, both from a fiscal and regulatory perspective, which has led to distrust between the government and the private sector. The ongoing dispute with Acacia Mining, rooted in an economic nationalist ideology, has rendered the country uninvestable; to many investors the risk is simply not worth the reward.

To do this, policymakers need to adopt more decisive messaging and provide clear and unambiguous policy responses on key issues.

Amid these challenges, African policymakers must attempt to deliver winning strategies in an increasingly integrated yet marginalised global economy. The focus therefore needs to be on factors within their control.

So, what should their priorities be?

Leadership: We are in the midst of a geopolitical recession where global governance is backsliding. But given how far behind Africa is to the rest of the world, following this trend is simply not an option. Indeed, there is now an opportunity for the continent’s leaders to exploit the global leadership shakeup, if they can ensure their own houses are in order.

But Africa’s leadership needs to recognise that relevance will only be achieved as a ‘collective’. Using the power of the ‘collective’ adds both scale and gravitas to Africa’s global voice and will allow the continent to adopt a more muscular approach to international affairs. When viewed on a continental level, features such as its population and market size, favourable demographics, a rapidly urbanising and rising middle class, and technological advances become too big to ignore. As Nigerien president Mahamadou Issoufou, put it, “Africa is stronger when we work together.”

Greater integration: This would enable the continent to develop larger regional markets and build capacity to initiate African solutions to Africa’s economic and political problems. But this will take much more than political rhetoric. It requires practical steps and political will to move from policy to action.

Rather than adopting an either-or approach to strategic allies, or picking one side over the other, African policymakers should exploit all interests based on their economic value.

What is clear is that policymakers on the continent will need to adapt to the changing geopolitical landscape with more creative and innovative strategies than in the past. Navigating these challenges will require skill, dexterity and pragmatism. It will be tough, but getting it right is essential to successfully reshaping the continent’s future and moving it from the back burner to the forefront of the global agenda.