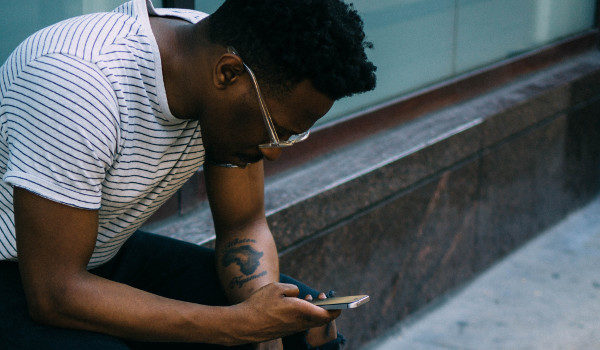 In this report we continue our review of the five structural trends that we outlined, almost a decade ago, to be behind Africa’s underlying economic and institutional appeal. Thus far we have reviewed Africa’s demographic and income developments (see here), as well as the opportunities and risks that emerge as a result of the continent’s rapid urbanisation (see here). We now look to the ICT sector, considering how technological advancements in Africa continue to drive economic activity; attract investment; enable income and efficiency gains; and, in so doing, allow the potential for institutional and developmental leapfrogging in key economies on the continent.

In surveying a decade of change in this area, progress continues to be driven by the increasing uptake of mobile telephony across the continent. Today there are over 840 million mobile subscribers in Africa, up from 400 million in 2010. As a result, Africa’s mobile penetration rate has doubled, from 44% in 2010 to over 80% today. And there is still profound room for growth: for Africa to reach the global average mobile subscription rate of 108%, an additional 400-500 million subscriptions would need to be added across the continent. To this point, in the next five years over 140 million new mobile subscriptions will likely be added in Africa, accounting for one-quarter of global mobile subscriber growth.

The growth in mobile phone usage has also inspired telecommunications providers to substantially improve coverage across the continent. Today, around 90% of Africa’s population is covered by a mobile cellular network, and 80% is covered by at least a 3G mobile network, up from 50% five years ago.

Rising internet connectivity is also being driven by dramatic improvements to Africa’s fibre optic network. Africa’s terrestrial network capacity (which is measured by the kilometres of fibre deployed) has expanded at an annual rate of 12.5% over the past decade; and where in 2010 around 260 million people in sub-Saharan Africa lived within 25km of a functioning fibre-optic network node, by 2019 this had increased to 584 million. Ongoing upgrades to these cables, as well as the laying of new ones (such as 2Africa and Google’s Equiano), will meaningfully lower costs and improve broadband availability.

As a result, Africa’s overall internet usage levels are steadily rising. In 2019 there were 300 million active internet users in Africa, up from 100 million a decade ago. During this same period, Africa’s share of global internet users has almost doubled, to just over 7%. Meanwhile, the share of African households with a computer has also doubled and the share of households with internet access at home has more than tripled since 2010.

Importantly, these developments are supporting Africa’s broader tech ecosystem. By some estimates, over $2 billion was raised in venture capital (VC) equity funding for African tech start-ups in 2019, up by 74% from total funding of $1.16 billion in 2018. Meanwhile, last year there was believed to be 618 active tech hubs in Africa, up notably from 442 in 2018 and 314 in 2016.

Of course, key challenges remain. Despite recent growth, still only around 30% of Africa’s population makes regular use of the internet, while Africa accounts for just 2% of total global bandwidth usage. This refers both to problems associated with availability (Africa’s ICT infrastructure gap is expected to grow to around $76 billion by 2025); and affordability (internet costs in Africa are still, by some margin, the highest in the world). To this latter point, average data usage per mobile subscriber per month in Africa in 2019 stood at 0.8GB, compared to 8.3GB in Asia Pacific and 9.8GB in China. Other challenges relate to languid regulatory change to support the ICT sector in Africa, as well as issues around government control (specifically internet shutdowns, of which there were 25 in 2019 across the continent).

And critical divergences remain, too. For instance, around 69% of households in Mauritius and 50% of households in Tunisia have direct access to a computer, compared to just 6% of households in Tanzania, Malawi and Niger. Data costs remain prohibitively high across many of the continent’s most institutionally vulnerable economies, too.

Yet these challenges are insufficient to dilute the enormous potential inherent in the continent’s technological embrace. Already around 9% of sub-Saharan Africa’s total GDP in 2018 came from mobile technologies and services (with a nominal contribution of $144 billion), while almost 3.5 million people were employed in the mobile sector during the year. The contribution of the sector in driving wider growth is well-proven: for instance, a 10% increase in mobile internet penetration increases GDP per capita by 2.5% in Africa, compared with 2% globally. And a 10% increase in digitisation increases GDP per capita by 1.9% in Africa, compared with 1% in non-OECD countries. Other social advantages of such progress include rising agricultural productivity; healthcare access and affordability; deeper financial inclusion; and the broadening of public political participation.

Looking ahead, the growth of Africa’s internet economy (or iGDP) is expected to remain a core driver of the continent’s progress in the decades ahead. Africa’s iGDP currently stands at around $100 billion and could reach $180 billion by 2025, and $700 billion by 2050. A relatively small cluster of economies will be at the forefront in driving (and benefiting from) this anticipated growth. Indeed, six economies (Nigeria, South Africa, Egypt, Algeria, Morocco, and Kenya) account for 75% of Africa’s total iGDP, a dominance that is expected to continue, not only in the next five years but the next thirty. Yet, growth is also pronounced in mid-sized iGDP markets, such as Côte d’Ivoire; Senegal and Rwanda (all of which will see notable iGDP growth in the decades ahead).

In sum: Africa’s technological deepening since 2010 continues to be profound, offering opportunities for the continent to leapfrog traditional developmental stages and circumvent abundant logistical and regulatory obstacles to wider reform. Further, the importance, resilience, and exponential growth potential of this area continues to be emphasised by the Covid-19 crisis, which has hastened global technological advance. To this point, according to a recent IFC and Google report, Africa’s internet economy has shown itself to be “broadly resilient” during the Covid-19 crisis, a trend that is expected to continue given the importance of digital connectivity in supporting business continuity and servicing the continent’s growing consumer base in the years ahead. All considered, the developments that are outlined in this report will, in our view, increasingly come to encapsulate the continent’s future economic and institutional allure.