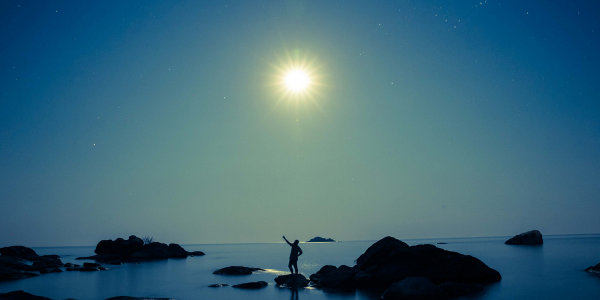 It is easy to dismiss Malawi as a small landlocked country, and pay more attention to its bigger neighbours such as Tanzania and Mozambique. But Gavyn Symons, Managing Director of DHL Express Malawi, says the perception that Malawi has little potential is misguided. Although the country currently faces some economic headwinds, Malawi has abundant resources and presents interesting opportunities for investors.

“Malawi is rich in resources. In fact, it was once considered the most fertile country in the world. Today the majority of the country’s exports is agricultural produce such as tobacco, tea, sugar, maize and rice,” explains Symons.

Malawi is one of the world’s leading producers of burley leaf tobacco. However, the country’s dependence on agriculture has its downsides. The International Monetary Fund (IMF) in December warned Malawi’s outlook appeared “difficult” due to the negative impact of weather-related shocks, predicting a looming food crisis caused by a decline in maize harvests that would affect about 2.8 million people.

“In the southern region there is predominantly more floods than in the central region, which heavily affects agricultural production and availability across the country. Because 80% of the Malawi’s export revenue is linked to agriculture – floods and droughts have a significant impact on the country’s GDP,” says Symons.

“Tobacco is a particularly important crop because it accounts for 70% of export revenue. Over the last couple of years, the global demand for tobacco has fallen slightly, yet farmers continue to grow the same quantities. Hence, the skewered supply-demand relationship has affected Malawi,” he adds.

Some experts have called for the diversification of the economy beyond tobacco and other agricultural exports which are prone to floods and droughts. Investments into agricultural processing, as opposed to merely exporting raw materials, would also create jobs and increase Malawi’s earnings.

In addition Malawi faces challenges such as a depreciation of its currency, under developed road networks, inadequate IT infrastructure in rural areas as well as unreliable electricity and water supply.

Although agriculture is the dominant sector, Symons says other industries are showing potential. He points to an emerging small businesses sector that’s becoming a key growth engine for Malawi’s economy.

“The SME sector in Malawi is booming and more and more small businesses are starting to connect with customers outside of its borders.”

Tourism also holds promise, thanks to Malawi’s many attractions. These include over half a dozen national parks and wildlife reserves, and a variety of scenery that comprises plains, highlands, mountains, escarpments, forests, and river valleys.

“A tourist attraction visitors should not miss is Lake Malawi. There are several places along the lake’s shores that are worth visiting, such as Cape Maclear and Mangochi in the southern part of the lake, Salima in the central part and Nkhata Bay in the northern part,” says Symons.

Malawi is also attracting investments from China. The China Gezhouba Group Corporation (CGGC) recently signed a memorandum of understanding with the Malawian government to develop a coal-fired power station in the south of the country. The 300MW power plant will cost an estimated US$600m and is expected to double Malawi’s electricity supply.

“The Chinese have just built a sport stadium for the country in Lilongwe. They also import general products allowing Malawians with disposable income a wider variety of products to choose from,” notes Symons.

But in the meantime, Malawians have to brace for tough times. Last December food inflation stood at 29.2% according to data from the National Statistics Office.

The IMF says implementation of sound macroeconomic policies and structural reforms should enable Malawi’s economic growth “to rebound gradually over the medium term along with a decline in inflation”.