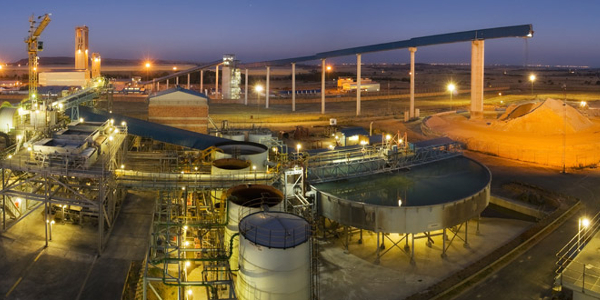 The Tanzanian government has asked Acacia Mining, a subsidiary of the world’s largest gold mining company Barrick Gold, to pay approximately USD$190bn in revised taxes, interest and fines. This latest development is a game changer in a dispute that pits mining companies against President John Magufuli’s government. It makes both nationalisation and mine closures more likely.

Until this revised tax notice was served, the overhaul of Tanzania’s mining regime had a great deal going for it. Previous policy had given miners an easy ride. Low taxes and generous licence terms were sweetened by further tax breaks and exemptions.

Tanzania’s mining sector contributes nearly 3% to GDP annually. Tanzanite and diamond mines are scheduled to be joined by large uranium, coal and iron projects which are under development, but the largest operational mines produce gold. Acacia and AngloGold Ashanti run four large gold mines between them that extracted 37 tonnes of gold last year. According to the World Gold Council, Tanzania is the fourth-largest gold producer in Africa.

Recently three laws were passed that squeeze the mining companies for revenue. They include shareholding entitlements, higher royalty rates and further tax rises.

The new legislation introduced sweeping new requirements intended to support the country’s industrial goals. Mining companies are now required to train Tanzanians, give preference to local suppliers and to source from joint ventures between domestic and foreign firms if domestic suppliers cannot be found. These rules mean additional costs for miners, but a boost for Tanzanian employees and firms that could become nascent industries.

While the new requirements were all painful for mining companies, they promised significant benefits for Tanzania and merited a try. Ultimately, engineers and economists will have to calculate whether mining companies can make those concessions without operating at a loss.

But the questions are technical and the answers are not well-established. It’s possible that the mines could still be economically viable even after this policy overhaul.

Whether its tactics were good or not, the Tanzanian government had reasons for adopting a brazen approach to negotiations with the mining companies too. After it announced a series of changes in 2016, it was confronted by mining company intransigence. Their development agreements enshrined protections against all manner of intrusions and impositions. They seemed resolved to impede changes by resorting to delaying tactics, legal obstacles and arbitration.

But Magufuli’s decision to scrap development agreements between the government and mining companies and to prohibit international arbitration sent a clear message: companies didn’t have a lot of choice.

His unilateral and combative approach smacks of domestic politics. But it could also serve to dissuade the mining companies from a course of resistance.

It showed mining companies how far the Tanzanian government was willing to go and how much they wanted. It quickly provoked concessions. Acacia agreed to some of the terms two weeks ago. But if it hoped these would placate Magufuli, they were wrong.

To put the $190bn figure in context, all the proven and probable gold in Acacia’s mines is worth just over $10bn at today’s prices. Including sites under exploration and the further inferred and estimated deposits, there is a further $24bn worth of gold, and further deposits of silver and copper.

After these minerals are mined and processed, profits will be just a fraction of that. And even if there is as much gold as guessed, it will take decades to liberate it. In short, Acacia can never make enough to pay $190bn in taxes. It would close the mines before they paid a sum that tall.

The sum of $190bn was reached in fines, interest and backdated tax revisions in light of two presidential committees. The first reported that Acacia had grossly under reported the amount of gold in containers of copper-gold concentrate bound for export. The second estimated the revenue that the government had lost over the years, and the tax demand takes that into account.

If the committee findings were correct, Acacia might be sitting on enough gold to pay up, but this is not likely. If the committee’s conclusions were true, Buzwagi and Bulyanhulu mines would be the second- and third-largest in the world. Tanzania would have produced not 55 tonnes of gold last year, but 154 tonnes. That would represent approximately 5% of world gold mine production. Sums of that scale affect shares, currency appreciation and even the world gold price, and that makes it unlikely that past production was kept secret as the committee suggests.

There are any number of reasons for the Tanzanian government’s decision to submit the tax demand – even if it doesn’t think that Acacia will ever pay. It could be a further bargaining ploy, a plea for attention, a failure of coordination or a strategic miscalculation.

But the most likely explanation is that this is part of a mounting campaign to drive the miners out of Tanzania altogether. Last week, Magufuli announced that if the mining companies continued to delay negotiations,

I will close all mines and give them to Tanzanians.

With every new development, this threat seems less and less an idle boast.

Dan Paget is completing a DPhil in election campaigning in sub-Saharan Africa at the University of Oxford. This article was originally publish by The Conversation.