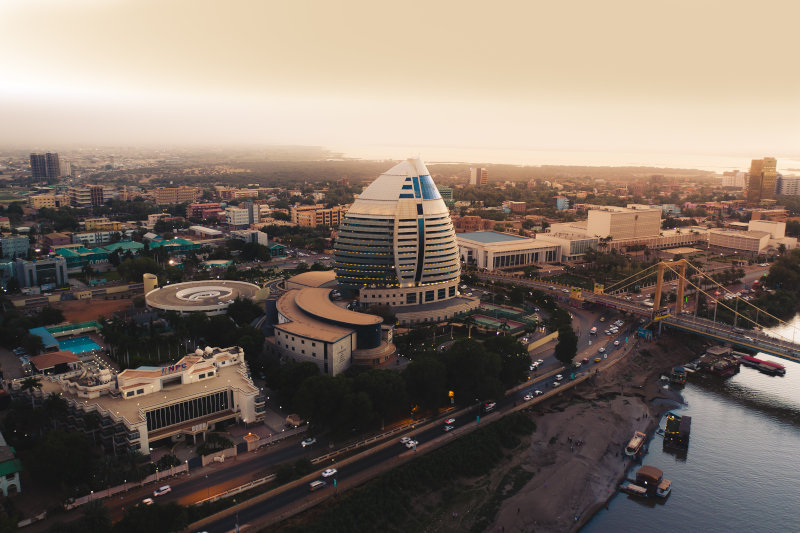 Sudan and South Sudan will reopen their borders on October 1 for the first time in 11 years, in a deal expected to re-calibrate trade between the two states and usher in a new diplomatic dawn for the erstwhile foes.

Sudan’s reformist Prime Minister Abdalla Hamdok and South Sudan President Salva Kiir said in a joint statement last week that their borders will be opened at four crossings to allow free movement of goods and people.

The two countries share a border of over 2,000 km and border management, specifically a “soft borders” approach, is a fundamental principle enshrined in the Border Issues Agreement (BIA) of September 2012.

Sudan and South Sudan shut their borders following post-secession disputes that include demarcation of the contested border areas and imposition of oil transit fees.

The formal opening of borders will restore direct road transport between the north and the south for the first time in over a decade.

Experts forecast this détente will help ramp up trade volumes between the two nations and accelerate their Covid-19 economic recovery.

Economist and senior lecturer in economics at the University of Nairobi, Dr Samuel Nyandemo told bird the move will widen and enlarge the market for both states.

“It will necessitate easy flow of goods and services and most importantly it is going to make those goods in both north and south to be there in abundance,” he said.

“It is also going to open up opportunities for further investment and create trust among the two entities. This will culminate into peaceful coexistence.”

“The thawing of relations between the two Sudan(s) is an important development. It is a net gain for both countries and will boost volumes of trade as a payoff. Both sides will benefit,” he said.

For South Sudan especially, the reopening of borders with its neighbour will significantly reduce its transportation costs – a move that will save the exchequer millions of dollars.

The landlocked state began importing goods through Kenya and Uganda soon after it gained independence from Sudan on July 9, 2011.

Before the political and social shifts that saw the ouster of former Sudanese President Omar al-Bashir in April 2019, South Sudan had banked its economic fortunes on the establishment of a transport corridor that links it with Kenya and Ethiopia.

The Lamu Port-South Sudan-Ethiopia (LAPSSET) corridor programme is the region’s largest and most ambitious infrastructure project, bringing the three countries together with key projects that include ports, highways, railways, an oil pipeline and airports.

At a meeting on June 6, in Nairobi, South Sudanese director general of road transport and safety, Lado Tongun Tombe, said that the project would connect his landlocked country to other areas within the region.

But in light of the new development, Dr Nyandemo said the reopening of the border between Sudan and South Sudan will give the latter leverage in terms of now using Sudan’s port.

“It will reduce the cost of transportation for South Sudan. It was long overdue but this is because of the emerging government in the north, which is more for peace and stability,” he said.

These changes didn’t happen in a vacuum, he argued, noting that a change of guard in Sudan after Bashir’s exit created a dramatic but much-needed change in its foreign policy. The border reopening also comes on the back of a landmark deal between South Sudan’s President Salva Kiir and rebel leader Riek Machar, which is expected to secure political stability.

James David Kolok, executive director for the Juba-based Foundation for Democracy and Accountable Governance told Juba Echo, that the reopening of borders will reflect in better trade receipts for the two former warring nations.

“Economically, it is good progress and we hope that it will also be followed with implementation of some of the security issues under the 2012 Cooperation Agreement,” said Kolok.

“Sudan is looking at opportunities of expanding trade for its economic survival and this is the same with South Sudan, oil which has been a major source of revenue for the two countries is no longer viable. They have no option but to reopen the borders to be able to raise revenue,” he added.

Abraham Kuol Nyuon, Professor of Political Science at the University of Juba said communities along the border should be sensitised about the new diplomatic development.

“The communities that live along the borders will be the ones at the forefront in implementing this kind of agreement,” he said.

According to the African Development Bank, before South Sudan’s secession in July 2011, no trade statistics were compiled between the two regions as they were then one country.

Since that date, the flow of trade between the two countries has not been regular enough for the authorities to start compiling normal trade statistics.

However, Sudan gathers some information on the commodities that have been traded so far, both formally and informally, including smuggling activities.

Based on those records, the flow of commerce between the two countries is indirect from Sudan to South Sudan, with an informal flow of goods comprising petroleum products, sugar, sorghum, medicines, and various food items.