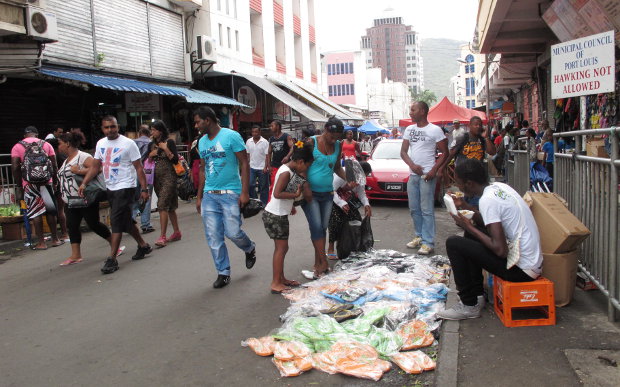 A trader selling his goods in Port Louis, Mauritius

International conversations on trade are currently dominated by threats of trade wars, but the African continent is moving in the opposite direction. After two years of negotiations, representatives of a large number of African countries signed the African Continental Free Trade Agreement in Kigali on 21 March 2018 at an extraordinary African Union Summit. Is this agreement an attempt to address dire and stagnant economic integration, or is it part of rapid and steady regional integration?

Looking at a wealth of growing linkages across sub-Saharan Africa and drawing on the IMF’s bilateral trade statistics, our recent work suggests it is the latter. We document that the subcontinent is much more integrated today than in the past. It may come as a surprise to some, but the level of integration in sub-Saharan Africa is actually comparable to that in the world’s other developing and emerging market economies.

While closer economic relationships among countries are a welcome sign of development and a promising driver of future growth, they also present challenges. Greater interconnection can expose countries to each other’s good or bad fortune.

On the positive side, closer economic links between countries make for growth spillovers when fast-growing large economies pull others along with them. On the negative side, greater interconnection can expose small economies to their partners’ recessions. This is borne out by the facts: after close to two decades of strong economic activity, sub-Saharan Africa experienced the downside of integration in 2015. The collapse in commodity prices and the slowdown in economic activity in Nigeria and South Africa, the largest economies in the region, contributed to the deceleration of sub-Saharan African growth to a more than 20-year low.

But circumstances change, and since 2017 growth has begun to recover, benefiting from a more favourable external environment. The recovery is mixed, though, and it is unclear to what extent the sluggish recovery of the larger economies is still affecting the rest of sub-Saharan Africa. Beyond the current recovery, sub-Saharan African countries can capitalise on the benefits of regional linkages while minimising the risks.

Integration across sub-Saharan Africa has been most notable through trade, steadily increasing in intensity over time: since the 1980s the share of regional exports in total exports has more than tripled. Sub-Saharan Africa now has the highest share of intraregional trade integration among the world’s emerging market and developing economies, followed by the Middle East and North Africa and emerging and developing Asia.

This rising integration in recent decades is the result of the region’s higher economic growth relative to that of the world, its tariff reductions, and the strengthening of its institutions and policies. Although the direction has been favourable over time, compared with advanced economies, intraregional trade nonetheless remains relatively low, and the business environment continues to be challenging.

Growth has supported sub-Saharan Africa’s increasing integration, but the integration itself has also translated into important growth spillovers: our work finds that on average a five percentage point increase in the export-weighted growth rate of intraregional partners is associated with about a 0.5% increase in the growth of a typical sub-Saharan African country. Interestingly, and consistent with the region’s comparable shares of intraregional trade, trade channel spillovers seem to be similar to those of other emerging market and developing economies.

There are important caveats when it comes to optimism about sub-Saharan African integration, though – most of which indicate that the continent still has a long way to go to reach full integration.

Today, the bulk of intraregional trade is highly concentrated. Ten sub-Saharan countries represent 65% of total regional demand for intraregional exports, and as the destination market for most of the intraregional trade they have the potential to generate the largest regional spillovers. These include large economies such as South Africa and its neighbouring countries, Côte d’Ivoire and the Democratic Republic of the Congo, but surprisingly exclude others, such as Angola and Nigeria, which mostly import from the rest of the world.

Throughout the continent there are other small pockets of intensive intraregional integration, though the import shares are relatively small compared with those of the big players and with total sub-Saharan African intraregional exports. Countries with intensive intraregional integration tend to be smaller and to import significant shares of their neighbours’ GDP, and can thus be a substantial source of spillovers at the subregional level. This is particularly true in the case of West African countries such as Burkina Faso, Ghana, and Mali, which are large destination markets for exports worth more than 1% of GDP for some of their trading partners.

A closer look at the geographic distribution of trade in sub-Saharan Africa reveals significant subregional concentration. Trade within the Southern African Customs Union (SACU) alone represents half of total sub-Saharan African intraregional trade. Moreover, for the Southern African Development Community (SADC), the East African Community (EAC), and the SACU, trade within these regions represent more than 70% of their member countries’ intraregional trade. In the Central African Economic and Monetary Community (CEMAC) and the West African Economic and Monetary Union (WAEMU) regions, trade within the regions represents around 50% of their intraregional trade. In absolute terms, the SADC and SACU account for more than 70% and 50% of total sub-Saharan African trade, respectively.

The prevalence of trade among neighbours in sub-Saharan Africa is explained by the fact that bilateral trade is hindered by distance and sociocultural differences – that is, trade becomes increasingly difficult the greater the distance from a country’s subregion. In fact, although this is a global phenomenon, these barriers are even more pervasive in sub-Saharan Africa than in the rest of the world. Not surprisingly, then, the rise in trade among neighbours has been a significant driver of trade growth in the region. About half of the 1980-2016 growth in regional trade stems from this type of trade integration – a result that is particularly strong in the EAC and SADC.

The overall pattern of integration reflects not only geographic proximity, but also infrastructure constraints and the impact of regional trade agreements and lower non-tariff barriers within subregions. Given that it is underdeveloped, trade between subregions holds the greatest potential for further integration. In this regard, the African Continental Free Trade Agreement, signed by countries from across the continent, could kick-start a new wave of even deeper integration.

There is another significant reason for the intraregional integration in sub-Saharan Africa: natural resource endowment. It turns out that the weight of a country’s exhaustible natural resources in the economy strongly affects its trading patterns.

Oil exporters, on the other hand, are different. And the difference is dramatic – exports from oil-producing countries to the rest of the world average 25% of GDP, while intraregional exports represent only 1.5%. These countries are thus sheltered from regional spillovers but are more exposed to global spillovers.

Trade integration does not develop in a vacuum. Drivers similar to those that support and reinforce intraregional trade also strengthen intraregional financial links. Banks headquartered in sub-Saharan Africa have been increasing their regional financial linkages since 2007 as European and American banks left the region following the global financial crisis. Ongoing financial and technological development also means that it costs less to send remittances throughout the region and has led to rising regional remittance flows. In some countries, this can be a significant share of GDP.

Fiscal policy decisions can have cross-border impacts on prices and investment in countries with free trade or in the presence of porous borders. These additional spillover channels are deepening, just as trade is, but they still play out primarily at the subregional level today.

Over the medium term, greater integration across these various sectors means a bigger market for businesses, financial institutions, and exporters to build new client relationships across borders. It also means greater opportunities for financial institutions to bring services to the financially underserved and excluded, and for expatriate workers to provide for their relatives at home through remittance flows.

Sub-Saharan Africa is still a continent of enormous potential. Given that much of its integration has so far been subregional, there is potential for even deeper integration. The recent African Continental Free Trade Agreement, if implemented vigorously, should accelerate this trend further.

However, the prospect of economic shocks should prompt policymakers to redouble efforts to address spillover risks. Structural transformation strategies are needed to promote diversification and guard against spillovers from overreliance on too few products and partners. Deeper trade networks, as promoted by the African Continental Free Trade Agreement, are a welcome development, because they can help countries trade more products with more diverse partners. Governments should build precautionary cushions and monitor and regulate cross-border links – for example, in banking and the financial sector – to set the stage for growth and stability.