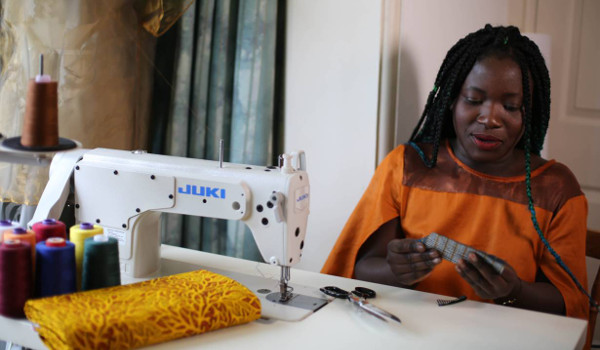 The fashion designer will present one of her creations – a three-piece suit made of Ghanaian cloth – at an event hosted by Kate, Duchess of Cambridge, at Buckingham Palace.

The Commonwealth Fashion Exchange, spearheaded by Livia Firth who co-founded sustainability brand consultancy Eco-Age, connects designers and artisans from Britain and many of its former colonies to showcase and champion sustainable fashion.

The scheme pairs up-and-coming designers like Sydney-Davies with fashion giants – from Britain’s Stella McCartney to New Zealand’s Karen Walker, and big global brands such as Burberry.

Major fashion brands and leading designers should take note, and strive to be ethical and sustainable, Sydney-Davies said.

“We’re the ones producing the clothes,” the 31-year-old said from the living room of her home in Surrey, southern England.

“We should control where they come from and how they’re made,” she told the Thomson Reuters Foundation as she pulled a purple organza dress from a rack of brightly coloured clothes.

The advent of fast fashion, with consumers constantly buying and discarding clothing, has fuelled the risk of worker abuses such as forced labour in global supply chains, campaigners say.

The conditions of garment workers hit headlines and sparked global outrage after the 2013 Rana Plaza disaster in Bangladesh, when the collapse of a factory complex killed about 1,100 workers – many employed by suppliers to Western retailers.

Yet many fashion brands have been criticised for failing to improve conditions for workers – from poor safety standards and long working hours to low pay and bans on forming trade unions.

“In a world where fashion is fast and brands try to hide the real impact of their endless production cycles – actions speak louder than words,” said Firth of Eco-Age.

“Rather than launching yet another report on the fashion system, we wanted to create a powerful example of how fashion can be at its best,” she told the Thomson Reuters Foundation. 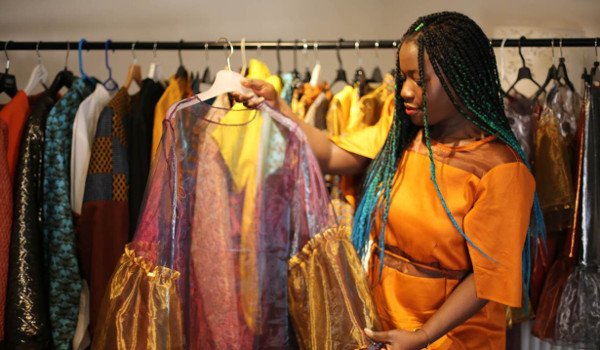 After living as refugees in Gambia and Kenya during the 1990s, Sydney-Davies and her mother moved to Britain in 2000.

Obsessed with style as a child, she decided to start her own clothing brand after graduating with a degree in fashion. But she realised she could not afford to make clothes in Britain.

“I thought rather than go to China or India, where I know nothing about the working conditions, why not make clothes in Sierra Leone?” she said, fiddling with her colourful braids.

Sydney-Davies set up a shack in the capital, Freetown, and spent a month teaching seven men and women how to make clothes.

Knowing her employees personally and ensuring they are paid a decent wage is a source of pride for Sydney-Davies.

“There is no system in (Sierra Leone) to guarantee workers’ rights or monitor supply chains – so ensuring working conditions were adequate was very important for me,” the designer said.

Sydney-Davies, whose latest collection “Gold Rush” includes dresses made of recycled plastic, said she wanted her designs to make the wearer feel like a “king or queen”.

Her ambition is to inspire more entrepreneurs to start businesses in the West African nation of Sierra Leone, and build a huge factory there which would be open to other designers.

As for the global fashion industry, Sydney-Davies said consumers have a responsibility to hold big brands to account.

“Without the consumer, the fashion industry is nothing,” Sydney-Davies said. “If consumers’ attitudes and behaviours change, it will force businesses to rethink how they operate.”