In Kenya, rabbit keeping is traditionally a hobby for teenage boys. But Moses Mutua is not only changing perceptions, but proving it can be a commercially viable venture. In the last three years he has been running Rabbit Republic, a company that rears rabbits, processes their meat and works with other rabbit farmers. 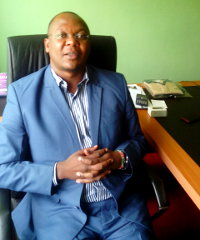 Every month, Rabbit Republic slaughters about 2,000 rabbits. It has a network of over 1,000 farmers across Kenya. The company trains farmers and gives them breeding females, medication and food. Farmers sign contracts binding them to sell the grown rabbits to the company.

The business has attracted two investors who have partnered Mutua to help expand Rabbit Republic. They are building a rabbit farm on a five acre piece of land in Nairobi, setting up a rabbit sausage processing plant and conducting research into the added value of rabbit skins. Rabbit fur is already used in the production of hats and belts.

“By mid next year we should be selling a ton of rabbit sausages per day for export to the US and Europe,” he says. “We want to make Kenya a prime player in the global rabbit meat market. The potential here is far from fully utilised.”

Although they require very little food, water and space compared to other livestock, few farmers keep rabbits, yet demand for its meat and fur is rising. Globally, demand for rabbit meat, hailed by some as the new “super meat”, is high. China, Italy, Spain and France lead in the production of rabbit meat.

According to Mutua, a breeding doe can give birth up to six times in a year delivering an average of six kits each time. A rabbit weighing five kilograms sells for about US$22. By this arithmetic, he argues, a rabbit farmer would make close to $800 per year out of the descendants of a single breeding doe. That farmer would incur a cost of just over $1 per month for food and medication for each rabbit.

“We are making more money from rabbits than what cattle farmers make,” he says.

Mutua grew up in a semi arid region of eastern Kenya in a poor family of six children. Before he completed his high school studies his father died. His plans for further education fizzled. Although he had hoped to become a police officer, one of the most admired jobs in his village at the time, he opted for the next available option by becoming a security guard. For this he earned $68 a month.

But one morning in 2005 a group of robbers stormed the bank where Mutua was stationed. The robbers pointed guns at him and shouted orders.

“I was traumatised, and to make matters worse, after the ordeal I ended up at a police station for questioning. After a week I was cleared of any wrong doing and returned to work. But that incident opened my eyes.”

He enrolled for studies in marketing and later took up a job at a company that sold ornamental fish products.

“That is where I realised my potential. I sold until I was let go for collecting too much commission. The selling price set by the factory was $140 for each aquarium. I was to get 5% of that and any amount exceeding the set price. I would sell the kit for $290. My employer frankly got annoyed because I was making more than the company,” he recalls.

So he started his own business, Aqua Farm Consultants, supplying fish products and later expanded into selling tilapia fish. During one of his trips supplying farmers with fingerlings, Mutua met a woman who was farming rabbits. After much questioning he sought further information about rabbit farming.

“Soon after, I delivered the last tilapia fingerlings and closed my fish business. I realised there was potentially a big market for rabbits,” he says.

Mutua conducted extensive research on the internet and spent nearly two years traversing Kenya meeting rabbit farmers, researchers and scientists. His goal was to identify challenges in the industry and find solutions.

“For two years I wasn’t making money out of this. I sold my car. I had to move my wife and child from a three-bedroom to a one-bedroom house,” he recalls.

Eventually, armed with enough information, Mutua purchased six rabbits which he kept at a friend’s place. And Rabbit Republic was born.

When he started, Mutua says banks were hesitant to fund farmers and veterinary officers had little knowledge about the animal. However, perceptions are changing, more research is being conducted and farmers are increasingly adopting rabbit keeping.

Success starts with the mind

Rabbit Republic is now partnering universities and organisations working with youth and women to train more people about how to farm rabbits. “Even if you have a job, you can still keep a few rabbits in your backyard and make extra money.”

And regardless of one’s background, Mutua advises youths to be ambitious and pursue their goals passionately.

“Many say they do not have a good education or were born into poor families. But so was I. It is not starting capital, but starting mentality, that gives you success. It starts with the mind.”