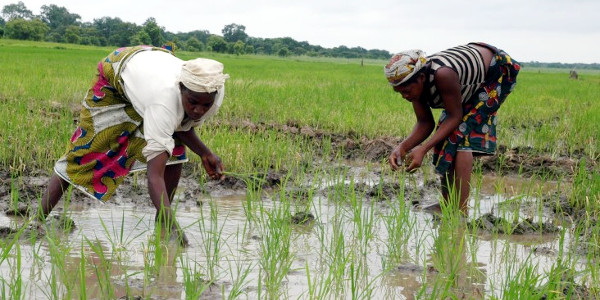 This article was produced by PwC Nigeria. See the original here.

Feeding Nigeria’s current and future population is a critical challenge.

With over 50% of the country’s 198 million people living in rural areas, the economy is highly dependent on agriculture as a means of livelihood. The sector contributed approximately 21% of the country’s GDP in FY2017. Despite this, agricultural productivity remains low, further dampened by post-harvest losses.

Overall, food cultivation is primarily through subsistence farming and characterised by low technology and high labour intensity. Since 2013, the sector’s contribution to GDP has remained almost flat on account of low yields, which is further exacerbated by internal conflicts such as terrorism and the herdsmen crisis, as well as the impact of climate change. Nigeria remains a food import-dependent country, though the food import bill declined from N481 billion in Q2 2017 to N349.9 billion in Q2 2018. However, there is a need for caution, as the country’s food import bill is slowly on the rise again, as reflected by quarterly growth from Q1 2018 to Q3 2018.

Feeding Nigeria’s current and future population necessitates the adoption and application of innovations to agriculture so as to make the sector more competitive and sustainable. Boosting economic growth in agriculture is a function of three factors: farmland expansion, yield growth and reduction in post-harvest losses.

Adoption of innovative systems, technologies and products within the sector can improve agricultural productivity; increase the supply of food output; aid local farmers to produce cheaper and more accessible products; as well as reduce post-harvest losses and enhance storage capabilities for smallholder farmers.

Advances in innovations and technologies are key to the future of agriculture, as farmers strive to feed the world with limited natural resources. Some of the current innovations include:

Challenges impacting sustainability and productivity in the agriculture sector

Globally, the agricultural sector is being weighed down by a number of challenges that impacts the sector’s contribution to feeding the world and the growth of the world economy. Some of the challenges comprise population growth, climate change, greenhouse gas emissions, LW (land and water) shortages, violent conflicts, poor and inadequate technologies, among others.

The global human population could grow to 9.7 billion people by 2050. In 2018, there were nearly 821 million people (2017: 804 million) who regularly do not have enough food to eat, according to the United Nations. The number of undernourished people has been on the rise since 2014. West Africa accounted for 15.1% share of undernourished
people in the world in 2017. On the International Food Policy Research Institute’s (IFPRI) global hunger index, Nigeria ranked 103rd out of 119 countries in 2018, implying that the level of hunger in the country is serious.

Nigeria is projected to add no fewer than 202 million people to its current population of 196 million between 2018 and 2050. The country is also expected to surpass the United States, currently ranked the 3rd most populous in the world by 2050.

With a sustained growth rate of 2.7% annually and fertility rate of 36.9 births per 1,000 people, Nigeria’s population will continue to increase for the foreseeable future. Already, only 3.13% of Nigerians are 65 years and above. As Nigeria’s population continues to grow, it is becoming increasingly challenging for food supply to meet demand.

The impact of climate change alone could reduce crop yields by half over the next 35 years. In Nigeria, the agriculture sector continues to be impacted by weather hazards, restricting access to food and increasing food insecurity. In 2018, flooding across major farming belts in 10 states ruined crops of 100,000 farmers and damaged over 30% of farmland in the affected areas. This severe weather condition will be more frequent because of climate change, hence the need to build resilience.

A three-year analysis of the implications of climate change (2010 – 2013) in Nigeria, conducted by the World Bank, estimated that agriculture accounts for about 60% of the country’s cumulative emissions due to deforestation, degraded or fallow land.

Desertification affects as much as 60% of Nigeria’s land. This is exacerbated by drought and climate change. Also, Lake Chad has shrunk by 90% of its size due to climate change. At its peak, the freshwater lake located in the Sahelian area of west-central Africa (and a source of water to over 25 million people living in Chad, Cameroun, Niger and Nigeria) was historically ranked as one of the largest in Africa with maximum depth of 36 feet, surface area of 520 square miles and a shoreline of 650 km. Due to the climatic depletion of the lake, cattle herders of Northern Nigeria have had to push further south in search of water and grazing lands, resulting in friction with crop farmers.

Nomadic herdsmen pushing southwards in search of grazing fields and water for their cattle (due to desertification and water depletion in the north) resulted in violent conflicts with crop farmers. Grazing on farmlands and livestock drinking from waterways (such as rivers) have led to disagreements with the farming communities causing a violent
cycle of conflicts and reprisals. In addition to the loss of lives, continued violence in the major food producing states have far-reaching consequences on the productivity of Nigeria’s agriculture sector.

Poor and inadequate storage and semi-processing technologies have had an adverse effect on food security at the national and household-level. Lack of adequate storage facilities has resulted in food scarcity even when there are bumper harvests due to the increased perishability of agricultural products. The traditional storage methods used by farmers are significantly flawed, as they are easily accessible to pests and rodents and are also non-moisture proof.

Digital agriculture is the use of ICT and data ecosystems to support the development and delivery of timely, targeted information and services to make farming profitable and sustainable (socially, economically and environmentally) while delivering safe, nutritious and affordable food for all.

Agritech is the use of technology in agriculture, horticulture, and aquaculture with the aim of improving yield, efficiency and profitability. Companies such as Fresh Direct and B.I.C Farm concepts are incorporating hydroponics combined with other agricultural innovations such as aquaponics and vertical farming to improve yield of products. Hydroponic farming is a soil-less method of growing and cultivating crops by using necessary nutrients dissolved in water to aid the growth process. This method is also more efficient and produces a larger volume than traditional farming.

It is estimated that by 2022, the market value of hydroponic fruits and vegetables could grow to $27.29 billion. This as a result of increased investments because of its benefits such as increased yields, higher returns on investment and the protection of the environment.

Smart agriculture is a process of performing agricultural activities using advanced technologies. Smart agriculture covers a wide range of applications that includes yield monitoring, field mapping, crop scouting but also includes irrigation management, milk harvesting, and many others. The global smart agriculture market is expected to reach $15.3 billion by the end of 2025.

Zenvus is one of the smart-farming technologies in Nigeria. The technology uses proprietary smart devices which have electronic sensors to collect soil data (such as moisture, nutrients, pH), and sends the data to a cloud server via GSM, satellite or Wifi.

In addition to pre-harvesting agricultural processes, innovations also exist along the post-harvest agriculture value-chain including storage technologies, as well as in the logistics, transportation and distribution systems. For instance, in cold chain solutions, Apapa Container Terminals in partnership with Naija Pride carried out the first successful trial shipment of 18.6 metric tonnes of fresh tomatoes in 2017. Packed into 933 crates, each containing 20 kg in a refrigerated container for a 1,045 km trip from Dutsen Wai (in Kaduna State) to Lagos. Cold chain was developed to solve the issue of logistics and transportation of fresh produce in order to curb wastages. It is estimated that about 15 million metric tonnes of perishable goods are wasted annually in Nigeria as a result of poor logistics. This innovation will greatly impact the farming industry and reduce wastages, if properly harnessed.

This article was produced by PwC Nigeria. See the original here.