On entering the corporate sector as a graduate, we often search for a mentor, a person who we can learn from, who will support our initiatives, encourage our growth and develop our skills in our chosen professional fields. Elias Schulze, who at the age of 29 is the Africa CEO for Kaymu.com, is a charismatic leader who has been able to help groups of people in and around Africa, including myself, achieve their objectives. 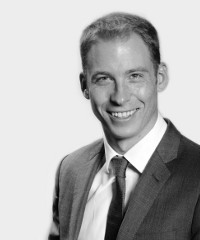 Kaymu is an online marketplace operating in the emerging markets arena, which provides entrepreneurial sellers with the ability to access a larger online marketplace for their goods. Conversely it allows buyers with limited access to retail a robust spectrum of goods to purchase.

Kaymu follows a similar model to platforms like: eBay in the west; Mercado Libre in Latin America; and Taobao in China. His position entails the management of 16 African markets with active operations and teams of close to 400 employees.

“The stark reality is that across much of Africa there are largely two types of retail sectors: an emerging high-end retail sector, and the massive grey and black market informal space,” says Schulze.

“High-end retail is growing, but it is, understandably, heavily capped. The grey market is likewise limited by inefficiency, lack of pricing transparency and weak infrastructure. It is exactly these traits that led us to believe we can leverage technology and learnings from similar markets to essentially propel a leapfrog moment in retail, from ‘brick and mortar’ establishments to online storefronts across a continent where mobile penetration and internet adoption is in rapid ascent.”

Schulze spends most of his time on the road, helping manage the 16 African markets located in Nigeria, Ethiopia, Senegal, to name but a few. Some of the conventional challenges in these countries are not having ample access to skilled labour, poor infrastructure and market instability; but he believes the business is more than equipped to manage these constraints effectively due to the strength of the Kaymu teams. As a clear advantage, this particular business relies heavily on technology and an internet-enabled seller class.

“We embrace the opportunity to accelerate the adoption of this transformative way of doing business with all classes of sellers across the continent. It’s called first-mover advantage for a reason,” explains Schulze.

Living for the road

Washington DC, Buenos Aires, Dakar, Istanbul and Singapore, are just five cities within the ninety-five countries that Schulze has visited. While some children dreamt of becoming a famous sports star, his dream was to experience as much of the world as possible. With a friend, Schulze set himself the goal of “100 by 30”, i.e. visiting 100 countries before the age of 30. The two friends are currently five countries away from fulfilling their goal and have only six months left in which to do so.

Due to his extensive travelling, Schulze’s wardrobe is confined to what he can pack into his carry-on luggage; it usually consists of loafers, button-down jeans, mixing it up with different shirts and one suit – to avoid having to check in bags when it is time to move to the next destination.

After completing his studies in the US, Schulze chose to enter the private sector, because he considered it to be the most dynamic and immediately impactful avenue to pursue. After working with Emerging Capital Partners, an Africa focused private equity firm, Schulze moved to Nigeria to work for McKinsey & Company, as one of their founding consultants at their Lagos offices. During his tenure at McKinsey, Schulze worked across a number of public, social and private sector organisations during 13 engagements across over a half-dozen markets.

Not every entrepreneurial venture was a success. At the age of 24, Schulze opened a restaurant in Senegal with a friend from Dakar – it failed within nine months of opening. This “experiment” had followed a flurry of fewer, but less costly business forays, varying from tire importation to scrap metal exportation from West Africa.

A generalisation is often heard that it is difficult to be successful in Africa, in comparison to being successful in the west. But Schulze says it’s all about having the right mentality.

“One must be humble to be taught, confident to learn and wild enough not to care too much if it doesn’t click the first time. Come as you are, work hard, make loads of friends, don’t accept mediocrity from yourself and you’ll thrive. There are certainly fairly unique challenges here, but once you price that into your ‘risk’, there is no reason why it has to be an entirely different bucket of success to the west.”