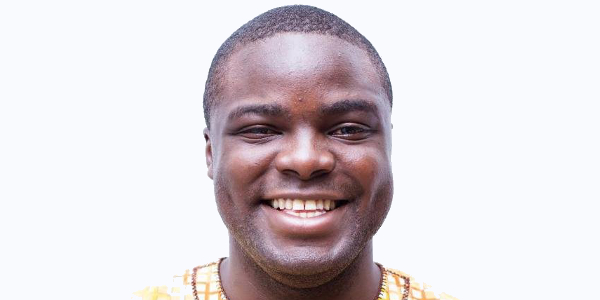 You might think, looking at Iyinoluwa Aboyeji’s career, that he had always wanted to be an entrepreneur. He is one of the minds behind Andela (a platform for outsourcing coding), Bookneto (an online learning platform), and, most recently, Flutterwave, which allows companies to accept any payment method used.

But growing up, Aboyeji wanted to be a politician. His plan was to work at the United Nations as a diplomat for a while before moving into politics, and in 2009, after his first year of studying in Canada, an option in his course allowed him to do just that.

Sometimes, in order to find out what your calling is, you first need to discover what it isn’t – for Aboyeji, that was working at the UN.

“And so I went there and really saw how places like the UN worked and thought that wasn’t quite what I wanted to do with the rest of my life,” he recalled in an interview with How we made it in Africa.

“When I came back to school, I met up with a guy called Pierre Arys who [became] co-founder of my first company, Bookneto. He taught me a lot of stuff about business and building start-ups because he had been working for a start-up out in the Valley.

In 2013, Bookneto was acquired by the Canadian Innovation Centre.

“I also had a short stint working as the president of the college newspaper and kind of got a sense of how business worked there. But ultimately I didn’t imagine that I was going to grow up to be an entrepreneur.”

After Bookneto was acquired, Aboyeji moved back to Nigeria, his birthplace, and founded his second company, Fora. He also hit his first business speedbump. Originally intended as a “platform to help African universities build high-quality online courses for young professionals,” says Aboyeji, Fora had to be overhauled due to regulatory issues in Nigeria. It now functions as a marketplace for online courses in the US and EU.

While not a failure, it wasn’t what Aboyeji had wanted, and so he began scouring the market. A while later, he teamed up with Jeremy Johnson, Christina Sass and Ian Carnevale and founded Andela, the company CNN later dubbed, “The start-up that’s harder to get into than Harvard.”

Why Andela received a US$24m investment from Facebook founder Mark Zuckerberg is another story for another time – it is, however, important to mention that it was around then that Aboyeji decided to leave and co-found Flutterwave.

The origins of Flutterwave

Flutterwave was started as a solution to a problem that had come up often at Andela.

“My team would come in from the US and they would find it very difficult to pay for things at bars. Not a big deal at all to be quite frank, but it did open up my curiosity – particularly with some of the charges we faced around getting paid from clients in Nigeria… Even just getting money into the country was a pretty messy process from a New York HQ base.”

As Andela was taking off, Aboyeji began to think about the challenges faced when doing business in Africa. One issue, he noted, was the lack of technical skills. But Andela was already “on the path to solving the talent problem”, he says. So his mind shifted to issue number two – payment problems.

According to Aboyeji, card payments make up only 1% of total transactions across Africa. “Obviously, this number varies from country to country, but ultimately what we have learned is that a payment system built solely on cards excludes a lot of people. And so that’s why you see Mastercard coming out with Masterpass and Visa coming up with mVisa – in a bid to include more people.”

Masterpass and mVisa are payment systems relying on mobile phones.

The problem with credit cards

Aboyeji attributes the small volume of card payments to the cost of the infrastructure needed to support them. It costs money for banks to issue cards and it costs money for merchants to accept cards – in terms of both the fees and the hardware required.

“So what we are doing is we are building what we call ‘merchant-processing services’ for banks, and enabling banks to be able to support merchants – particularly in these very trying economic times – to be able to make more money, accept more digital modes of payment.”

The way Flutterwave works, and how it differs from other payment services currently in Africa, is that it allows merchants to accept any payment methods presented – be they card, mobile money, or bank transfer payments, directly into their bank accounts. Flutterwave generates revenue through a monthly fee, as well as receiving money from transactions.

So far, Flutterwave has an African presence in Nigeria, Ghana and Kenya, but Aboyeji explains that in theory, it could serve every country on the continent. The company also serves merchants in the US and has plans to move into the EU and other African countries soon.

Since its commercial release at the end of May this year, Flutterwave’s clients have included Paystack and Access Bank. The company is well on its way to being another feather in Aboyeji’s cap. He shared some of the lessons he has learned during his career.

“One is that it pays to solve a very big problem… Our continent has massive challenges and those of who are working in IT just can’t stay at the level of solving peripheral problems for a thin middle class. We actually have to build the future, we have think about ways that IT can completely change the landscape and go after those opportunities.”

“The second thing that I have learned is really the power and importance of building a great team. I don’t think enough people understand how important it is to have world-class people, even at the cost of a lot of equity… You’re never going to look back at a great company and say, ‘Oh, I wish I had kept more equity.’ Because even if that thought comes to your mind, there will be so many things along the way that would inform you of the fact that you couldn’t have kept more equity, otherwise you wouldn’t be where you are.

“The last thing I would say I have learned really, is a lot of people build businesses and they want to have a big brand right in front, they want to be the only one who captures all the opportunity that they create, all the value that they create… I think platform businesses are far more successful in Africa – where you’re helping other people make money as you make money, and their success is your success, rather than businesses where you are the only one who is ‘eating’, as we say.”