Ecobank Transnational Inc. (ETI), parent company of the Ecobank Group, announced that it has reached an agreement with Advanced Finance & Investment Group (AFIG), manager of the Atlantic Coast Regional Fund (ACRF), for an ACRF investment of US$14 million in three subsidiaries of ETI. 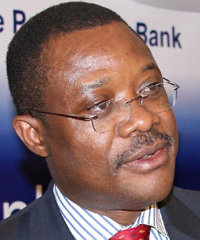 An Ecobank press release stated, “These three banks are important pillars of their respective economies where they play a leadership role in the financial sector by providing credit to some of the most underserved segments of their markets.”

Speaking on the investments, Arnold Ekpe, CEO of the Ecobank Group said, “We are delighted to have attracted the backing of ACRF. The investments will go to further strengthen the capital base of the subsidiaries, and accelerate the implementation of their respective strategic initiatives. ACRF’s investment is part of our ongoing commitment to raise significant additional capital in order to fully exploit the long term growth potential of Africa.”

Papa Madiaw Ndiaye, CEO of AFIG commented, “We are confident about the growth prospects of Ecobank in general and in Chad, Liberia, and Rwanda in particular. We are therefore hopeful that through this investment, ACRF can make a positive contribution to the development of the private sector in the target countries and provide an attractive return to its shareholders.”