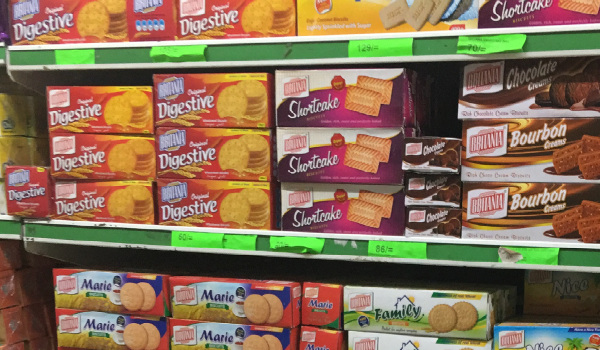 The Britania biscuits brand was established in Kenya over 30 years ago and has since grown into a market leader.

Catalyst Principal Partners, a private equity firm focused on eastern Africa, recently acquired a biscuit manufacturer in Kenya, Jambo Biscuits. Its brand, Britania, was launched over 30 years ago and has grown into a market leader. Jambo Biscuits is now housed under a newly established holding company, Britania Foods.

Catalyst – which has a diverse portfolio of investments across Kenya, Tanzania and Ethiopia – wants to turn the business into a regional player, and Britania Foods has now started exporting to Tanzania. How we made it in Africa spoke to Catalyst’s CEO, Paul Kavuma, to learn more about the deal, as well as the opportunities he sees for the company in Kenya and beyond. Here are slightly edited extracts.

Tell us about the deal process. How did you come across the company and how much time was spent getting to know the business before deciding to invest?

The process was not dissimilar to many other deals we have done or are looking to do in this market. These are entrepreneurs that I have personally known for many years. The benefit of being based here is that one can develop relationships over many years. I would say that it has been at least an eight- or nine-year development of getting a sense of what is going on in the FMCG space broadly – what the key drivers of consumer growth are and what segments are outperforming. So clearly food and beverage was a category that we looked at.

Then you look at who are the leading brands within that segment and clearly Britania was one of the leading players in that industry. So we approached them and we have developed a relationship with the owner of the business over many years… This is not a corporate. This is a family that has got strong linkages and ties to the operation and the market. So it was a long process and we had one or two conversations over the years that didn’t [lead to a deal]… and eventually the stars were aligned and the timing was good for all the parties.

How competitive is the biscuit market in Kenya?

The market today is very much dominated by local players. I would say the top three players probably control 80% of the market, give or take – with our business, Britania, being one of those top three players. And then you have roughly 20% of imports, of which there are probably a couple of stronger brands like McVitie’s or Mondelēz (which owns Oreo). They are big players in the high-end space of biscuits, in the more affluent segments – certainly Oreo is. McVitie’s has a much broader range but I would still say it is more prominent in the modern channels, and very much looking at the more middle-income consumer profile. But the local players have got a much broader range. They do the modern trade as well, but they also have a much wider range that plays into the mass market.

What about cheap imports from Asia?

Those are normally traded products that come in every now and then. You get some products from Dubai and India. We have a new entrant who is an Indian player that has recently put some manufacturing capacity on the ground. But I would say it is still a very much locally-dominated industry at the moment. This was not the case 30 years ago when it was an import-driven industry, [targeting] very much the [higher-income] consumers. They were dominated predominately by multinationals… Today, local production capacity has meant that you can produce from a lower-cost base, and now the market is dominated by local players.

What do you think is Jambo Biscuits’ competitive advantage?

They are one of the original local brands that established itself 30 years ago – so they have that legacy. They have also had a lot of innovation in terms of looking to make products more accessible to the consumer wallet, and also to consumer tastes. I think it is similar to what has happened to some of the other successful local players. It is constantly trying to innovate to be able to bring price packs down to more affordable price points… So that legacy of sustained presence and innovation and accessibility in the market has meant that Britania has been a very well-regarded brand.

How much does the average pack cost?

The range is quite wide. Our box pack products for the modern supermarket chain can go as high as 300 Kenyan shillings for a pack of biscuits – which is US$3. The smallest pack size, I guess, would be three or four biscuits at five shillings, which is $0.05 per pack. So that is the range… but some of our top sellers within the modern trade are about $0.50 per pack.

Tell us about your plans to grow the biscuit company.

One of the pillars is very much to build a regional business beyond just a single domestic play. The other is to broaden our presence within the biscuits category. We think there are plenty more opportunities within the space for innovation and product development. Equally there are extensions into other food and beverage segments which would be very synergistic with biscuits, given that it is a food product and distribution channels can be leveraged and optimised… We also might look at bolt-on acquisitions as well, so that we can gain some scale. We are open to both. We probably will do both, but that is generally consistent with our strategy across FMCG.