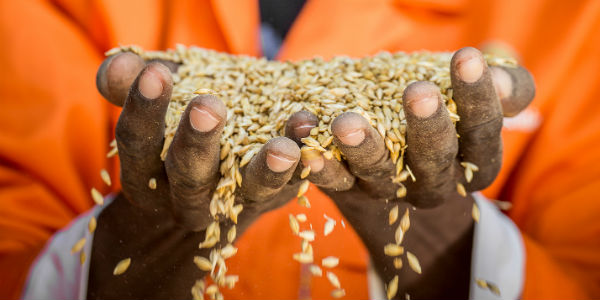 Africa’s consumer-driven sectors, which includes agribusiness and food production, attracted strong interest from private equity investors in the first half of 2017, according to recent data by the African Private Equity and Venture Capital Association (AVCA).

Private equity firms typically try to improve the financial results and prospects of the companies in which they buy a stake, in the hope of reselling the business to another firm or cashing out via an initial public offering (IPO). The value created is then passed on to the investors in the fund.

“Consumer staples (including investments in the African packaged food industry) saw a rise relative to 2016. Telecoms and materials also showed an increase in terms of deal values as a result of a handful of large transactions in the first half of 2017,” says AVCA in its latest African Private Equity Data Tracker report.

The total value of disclosed private equity investments over the period was $1bn, with the median deal size about $15m. Some 68% of the total deal value was from private equity transactions between $100m and $250m in size.

One prominent agribusiness transaction during the period was an investment by Sahel Capital, managers of the Fund for Agricultural Finance in Nigeria (FAFIN) and CardinalStone Capital Advisers (CCA), in Crest Agro Products, an integrated cassava processor based in Nigeria’s Kogi State.

Cassava is a woody shrub with an edible root resembling a large sweet potato. It is widely grown in many parts of Africa, predominantly by small-scale farmers. Although cassava roots can be processed into a variety of products – including cassava flour, starch, ethanol and glucose syrup – the crop has not been a great commercial success in the continent.

Crest Agro’s aim is to become a major producer of food-grade cassava starch for industrial users in Nigeria and the broader West Africa sub-region. There is a strong demand for starch in the fast-moving consumer goods, brewing and pharmaceutical sectors. It is expected that as the Nigerian middle class grows and more companies look to enhance their ability to source raw materials locally, this demand-supply gap will widen substantially.

A major food-industry deal during the first half of 2017 was the tie up between Africa-focused private equity firm Helios and Barcelona-based multinational GBfoods, to create GBfoods Africa. The new entity has acquired assets from different African companies, including brands such as Jumbo (bouillon), Gino and Pomo (tomato paste), and Jago (milk powder and mayonnaise), as well as Bama (mayonnaise) distribution rights for Africa.

According to the latest Africa Agriculture Status Report, the continent’s food market may be worth more than $1tn each year by 2030 as imports are substituted with high-value locally-produced food.

Another investment firm, that is actively tapping into the opportunities in Africa’s agriculture sector is Quantum Global Group. The firm has allocated $250m to the agriculture industry, with an aim of “providing high economic returns and also support social objectives such as employment and food security over the next three to five years”.

As part of the agriculture fund, Quantum Global is managing six land concessions leased from the Government of Angola. Their main crops are grain, oil-seeds, beans and rice.

“In Angola, there are enormous opportunities to invest in medium- to large-scale farms in maize, rice, beans, soya and assorted vegetables. In Nigeria, private equity investors can support growing medium- and large-scale farmers in cassava production – money that will be invested in new processing facilities to produce industrial starch that will serve the market, reducing the reliance on imports,” Bastos de Morais explains.

The first six months of the year also saw a number of deals in the information and communications technology (ICT) space. In February, US-based private equity firm Carlyle announced an investment of over $100m in CMC Networks, a pan-African network connectivity provider. The transaction marked the seventh investment by Carlyle’s dedicated sub-Saharan Africa fund.

Founded in 1989, CMC provides wholesale data communications services to global telecommunications carriers. These carriers use CMC to provide internet connections to enterprises operating in Africa and the Middle East. According to Eric Kump, managing director and co-head of Carlyle’s sub-Saharan Africa fund, fast-growing data demand in Africa and the Middle East will present significant growth opportunities for CMC.

ICT-focused private equity firm Convergence Partners also tapped into an opportunity to provide connectivity, when, in May, it backed CSquared, a broadband infrastructure company focused on building wholesale metro fibre optic networks and enabling internet access in Africa. The transaction, which also attracted investment from Google, the International Finance Corporation, and Mitsui & Co., will see CSquared operate as an independent company headquartered in Nairobi, Kenya with cumulative capital commitments up to $100m. CSquared has operational networks in Uganda and Ghana, and plans to expand to other territories.

AVCA’s research further shows that West and East Africa attracted 56% of the total number of private equity deals reported in the first half of 2017. West Africa accounted for the largest share by value.

In terms of fundraising, African-focused private equity funds raised about $2bn during the period. Some 70% of the total amount closed was raised by sector-specific funds.