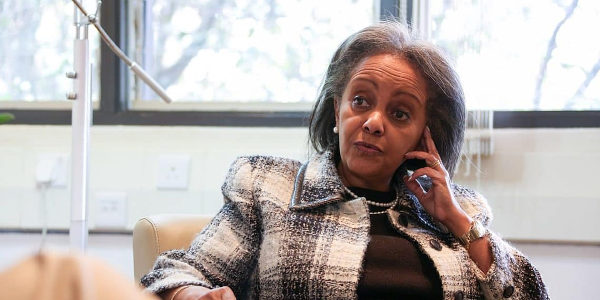 Sahle-Work Zewde, President of the Federal Democratic Republic of Ethiopia, will attend the 7th edition of the AFRICA CEO FORUM on March 25 and 26 in Kigali, Rwanda. For the opening panel discussion on economic integration, Africa’s only woman President will share her vision for the Continental Free Trade Area.

Ethiopia – the fifth largest economy in sub-Saharan Africa and the second most populous country on the continent with over 100 million inhabitants – is one of the most dynamic and attractive markets in Africa.

Its GDP has increased tenfold in fifteen years, at an impressive annual growth rate of 8 to 11%. After many long years of rigidity, the Ethiopian model has recently shown signs of openness, with the ambition of giving the private sector and foreign investors a freer hand to accelerate the transformation of its economy. The election of Sahle-Work Zewde, Ethiopia’s first female president, and the appointment of a government team of 10 women and 10 men also reflect this desire for openness.

Faced with the need to attract more investors to her country, and on the eve of the implementation of the Continental Free Trade Area (CFTA), the Ethiopian President will set out the main pillars of her country’s economic policy, and her recommendations on how to make the continent’s economic integration a powerful driver for private sector growth and the emergence of new African champions.

For the past six years, the Africa CEO Forum has been the largest international gathering of decision-makers and financiers from the African private sector. Its most recent edition, last March in Abidjan, brought together 1,500 CEOs, public-sector decision-makers and investors in Africa from all over the world for two days to debate the transformation needed for African champions to rise to the challenge of international competition. The Forum is organised by Jeune Afrique Media Group, publisher of Jeune Afrique and of The Africa Report, and by Rainbow Unlimited, a Swiss company specialised in events organisation and economic promotion.