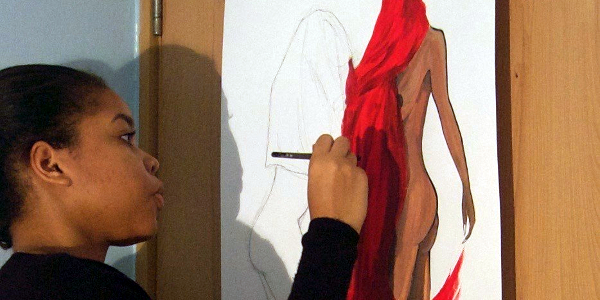 Applications for the 2016 Anzisha Prize will close on 30 April, and this is the last chance for African entrepreneurs between 15 and 22 to apply. Entries are accepted in English, Arabic, French and Portuguese.

This year the Prize has seen a notable increase in applicants from Portuguese-speaking African countries – mainly Mozambique and Angola. In the hopes of encouraging further applications from these countries, the Anzisha Prize has decided to profile some of these entrepreneurs below.

If you are doing something similar, or know of a young entrepreneur who is, then don’t forget to nominate or apply for the Anzisha Prize before applications close.

ngolan artist and designer Márcia Lima (18) started her own youth clothing brand, Rebel Lemon, at the end of last year. Her clothes are designed using art from local artists, with the aim of promoting and celebrating Angolan art. The company also designs and sells covers for iPhone and Samsung mobile phones.

While Rebel Lemon is still in its early stages of development, Lima hopes to see it grow to become a well-known Angolan brand over the next few years. She also plans to use some of the company’s profits to organise community events to promote the local artwork of young Angolans.

hen Nelson Ernesto Armando Gil (17) failed to get entrance into university, he refused to stay at home and do nothing. Instead he founded Malambe Sweet Ice, a company which manufactures and sells frozen sweets from his home in Maputo, Mozambique. The icy treats are made from the malambe fruit of the baobab tree, which are used to flavour a watery sweet drink. The liquid is then placed in packets and frozen.

Gil doesn’t just sell his treats to individuals, but also to resellers looking to make a profit from distributing the product in other communities or on beaches.

As power outages can affect his ability to freeze his products, Gil is hoping to access funding to invest in better manufacturing equipment. “I would like to buy three ice machines to grow my company, as well as buy a lorry to deliver to shops.”

Grocery kiosk from a garage in Mozambique

rno Saide (18) is a student who started a convenience store from a garage in his area in Nampula, Mozambique. The store, called Mercearia Karibu, required an initial loan of 50,000 meticals (about US$1,000) to set up the kiosk and buy stock.

Saide noted that while he has to travel quite a distance into the city to purchase his groceries and store products, his kiosk is succeeding because it offers convenience to many in his community.

“The grocery store has been very well received as before many had to go some distance for the purchase of basic necessities and it has helped people, especially women, who discover they lack oil, salt, broth, and so on, when cooking. Now they know where to turn to without halting their meal preparations,” he explains.

While the depreciation of the local currency has placed some pressure on his product prices and paying rent, Saide sees potential in opening similar stores in other neighbourhoods – and even starting a home delivery operation.

Natural hair care and study tips for teenagers in Angola

raciana Tchindandi (21) is an Angolan blogger who saw a gap in her market for information on natural hair care, as well as fashion and academic life, which targeted young people. She started her website in 2014, called Blog Cheguei Aos 18 e Agora?, which aims to help teenagers succeed at school and learn to love themselves for their natural beauty.

She is looking for funding so she can increase her website’s reach. “Firstly I would use [the money] to further professionalise my blog, and second I would give workshops in other provinces, that do not have internet access, to teach about techniques for hair care and studying.”