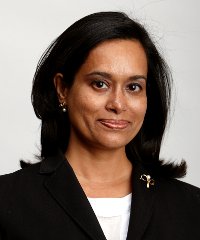 Hugo Scott-Gall: Have you seen increasing interest for Africa, from investors?

Runa Alam: Let’s consider three types of investors – firstly those who invest in listed assets, secondly foreign and direct investment, i.e. corporates investing in Africa and finally private equity. All three have been growing over the last ten years.

From the first bucket of investors, there was a big inflow in 2006-08, but a lot of money went out in 2008 and hasn’t fully come back yet. Having said that, stock markets are developing all over Africa and it’s the local money that is driving stock market capitalisation growth.

There are more local pension funds, insurance companies investing and asset management companies growing across Africa. The African Venture Capital Association, where I am co-chair, along with the Commonwealth Business Council, are training African pension fund trustees to accelerate this trend.

In the last six months, we have had five major brand name corporations approach us, saying that they have global presence, but haven’t done anything in Africa and want to partner with a group that knows the region. A few of them have been in and out of Africa for the last 25 years. But most of them have never looked at Africa before and now are interested in expanding to Africa.

In the private equity area, there’s a trend of more money coming into Africa. On the transaction side, we are finding not only more transactions but better companies across different industries. And as more multi-nationals invest, there are going to be more exits.

Hugo Scott-Gall: With all that capital coming into Africa, is it sufficient to fund infrastructure needs?

Runa Alam: The simple answer is no. We see private equity capital flows increasing, but these are going into companies in the consumer industries or resources. Foreign direct investment is going into development of corporate assets. Of course, there is building going on in the infrastructure area, but not enough and not fast enough.

Hugo Scott-Gall: Is it just insufficient foreign investment, or is it also that there isn’t enough infrastructure to tap domestic savings?

Runa Alam: There is not enough foreign investment, and on the domestic side there’s a lack of structure and products to channel savings into infrastructure projects. Of course, this channelling can be done through tax collections and government spending on infrastructure, but there is also not enough of this yet. What I mean by this is exemplified with what happened in the mobile phone industry in Africa. Because cellular investments are perfect for private equity funds, and can also at a later stage be funded in the capital market, GSM telecommunication developed very quickly in Africa. However, the same cannot be said of road and port development, where the investment size can be much larger and the time frame longer.

The good news is that the banking sectors and capital markets in Africa are rapidly developing. In addition, the Chinese government or Chinese parastatals are building infrastructure in Africa in return for certain oil and gas or mineral rights.

Hugo Scott-Gall: How do you think about consumption growth or the consumer curve moving from one income bracket to the next? Is it similar to China, for example?

Runa Alam: Consumption growth is happening. This is led by the growth of the African middle classes. Currently, Africa’s middle class amounts to 313 million people, or 34.4% of the population. This is as large a middle class as exists in India. The growth in size of the middle class means that there is opportunity to invest in emerging middle class industries, as our fund does. For example, McKinsey estimates that household spending on consumer goods, and the telecommunications and banking industries will grow from US$860 million in 2008 to US$1.4 trillion over the next decades. Our private equity fund has invested in these sectors and we are seeing how fast these companies are growing.

Hugo Scott-Gall: Do you think technology is being adopted much faster in Africa than elsewhere, based on mobile take-up?

Runa Alam: It absolutely happens a lot faster. By the time a business model comes to Africa, it has been tested elsewhere and the cost has come down. That’s what happened in telecoms. People knew what business models worked, the cost of phones and telecommunications technology had come down, and governments knew how to give up licences. When it has happened, it has happened unbelievably quickly. So when the industry developed in Africa, it happened quicker than elsewhere.

Africa is the fastest-growing mobile market in the world, and is the biggest after Asia, and the number of subscribers on the continent has grow n almost 20% each year for the past five years.

Hugo Scott-Gall: African governments tend to have a bad reputation. Is that a constraint? Are you seeing Africans with overseas education and experience returning to counter that?

Runa Alam: The reputation of African governments, in my experience, is worse than the reality. As a practical matter, we look to invest through excellent, private sector, management teams in Africa. These managers know how to grow a business while avoiding unsavoury practices. Many of these managers are Africans with western education and work experience. However, just as many have been educated in excellent African schools and universities.

Overall, the overriding trend in Africa is for governments to commit to enabling private sector investing environments and leaving companies that follow the local laws and regulations alone to get on with their businesses.

That means that there are enough well trained managers and sophisticated people running fairly large companies. If you look at the world’s billionaires, a good portion of them are now coming from Africa. There is good talent on the ground.

The best thing that Africans are doing is looking outwards for business models and technology and then adapting it to local conditions. The Letshego (one of our fund’s portfolio companies) story is illustrative: Letshego lends to the lower end of the middle class using best banking practices, but executing faster, and is geared toward its customers. Letshego is profitable and growing because banks are not banking the lower middle class in many countries in Africa, while Letshego is, using banking technology and best practices.

Hugo Scott-Gall: Do you think that China’s and India’s huge investment in Africa, especially infrastructure, could prove disadvantageous to African companies in the long run?

Runa Alam: I am not troubled by China and India focusing on Africa. What we are seeing generally is that China is investing through the government parastatal companies and focusing on African oil and gas and mineral resources. India is coming in through its private sector companies. An example of the latter is Bharti buying Zain, one of Africa’s large GSM telecommunications companies, and successor company to Celtel, a private equity led cellular company.

But in both cases, African countries, companies and investors are increasingly on the radar of the Chinese and Indians, which cannot be a bad thing. If, in the long run, these deals don’t work, they will unwind. But this is no different than ventures with local entities or other foreign nationalities.

Hugo Scott-Gall: Is there a lack of capital in resources too?

Runa Alam: No, resources have always been different. Oil and mining companies go where the resources are.

Hugo Scott-Gall: What about agriculture? Is there now a bigger focus on productivity?

Runa Alam: Yes, both with companies and farmers. There are several agro business funds that have developed, or are developing, large plots of land. There are also governments, multilateral agencies and NGOs working with farmers throughout Africa. AGRA, headed by Kofi Annan, is an example. What is undeniable is the vast amount of arable land in Africa, which is why agribusiness is a growth industry on the continent.

Hugo Scott-Gall: And finally, what impact does corruption have?

Runa Alam: Most investors we work with ask about corruption. The short answer is that I have successfully invested for over a decade in Africa without having corruption affect the investments.

At DPI we abide by both the OECD and UK anti-bribery codes and all our portfolio companies do too. In Africa there is a term, “new generations managers”. These are corporate managers who run companies without corrupt practices as they seek best practices, local and international capital.

This article was first published in Goldman Sachs’s Fortnightly Thoughts