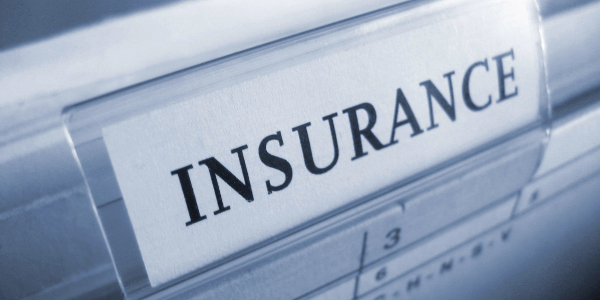 Capital markets, where money from savers is put into long-term investments, can contribute significantly to socio-economic development if they invest in productive projects and enterprises. But small size and market illiquidity can undercut this process.

The East African Community (EAC) has been prioritising regional financial-market integration, creating linkages between the region’s markets, as the combined pools of local savings, pension funds, insurance companies and other local institutional investors will be the essential drivers of capital-market development and the integration of markets in the EAC.

Institutional investors in the region are already making some intra-regional asset allocations, but there is potential for expansion, according to the Milken Institute, an economic think tank based in the United States that conducted a survey early this year of over 40 institutional investors in Kenya, Rwanda, Tanzania and Uganda. With this survey, the institute sought to examine current intra-regional investments and how their role may develop in the future.

The regional institutional investor base has been expanding lately, as favourable demographics and economic growth spur the development of local pension and insurance industries. According to national statistics, EAC pension funds and insurance companies managed US$19.1bn in assets as of 2015, up from $10.7bn in 2010.

When it comes to investing abroad, about 50% of the firms studied allocated a portion of their portfolio to assets beyond their own country’s domestic markets. Most of their foreign investments, though, stay within the regional bloc.

Ugandan institutional investors, for example, were most likely to hold foreign assets, with 70% of surveyed Ugandan funds deploying at least some capital abroad. Their main motive for doing so was to access Kenya’s more developed securities markets.

“Assets outside our country are in Kenya, specifically in the equities market. Kenya is a more active economy with a liquid stock market, it is growing and we want to participate in this growth,” a fund manager told the Milken Institute.

For their part, the Kenyan institutional investors that made foreign investments primarily did so to diversify their portfolios in light of domestic concerns, such as political dysfunction, budget deficits and the depreciation of the Kenyan shilling. As one survey participant explained, his fund was “diversifying away from Kenyan-specific risk”.

While some Kenyan firms directed around 5% of their portfolio to securities beyond the EAC, most cross-border Kenyan investment stayed within the region. Given that Kenyan firms manage more than half of regional assets, this is an important finding for Kenya’s neighbours, as well as for any long-term investments in regional infrastructure, such as projects to link the EAC’s Northern Corridor.

The survey also found out that about a third of Rwandan pension funds and insurance companies invested abroad, with Kenyan markets the most common destination.

In Tanzania no participating firm held foreign assets, mainly because of long-standing regulatory restrictions on investments abroad. Some of these restrictions have only recently been lifted.

Under the 2010 EAC Common Market Protocol, Member States are required to remove all restrictions to the intra-regional movement of goods, labour and capital. Overall the EAC has made significant advances toward this goal, although some restrictions still remain, such as rules preventing Tanzanian and Ugandan insurance companies from investing in other EAC countries.

Regulations, though, are not the only obstacle to further market integration. Investment guidelines imposed by boards often place tighter restrictions on fund managers than regulations do. At the same time, investors do not always know where regulations allow them to invest. The survey showed that this lack of awareness was particularly notable among Ugandan pension funds.

Even when firms want to invest in their regional neighbours, they may be ill-prepared to manage the currency risk involved. Nearly a third of the survey respondents rated their ability to assess exchange-rate risk as “poor” or “very poor”. About 73% of the firms said they lack the tools needed to hedge against negative currency movements.

The survey findings indicate that institutional investors are ready to increase their intra-regional investment. First, nearly half of participating firms would be willing to increase investment in Rwanda, if they had access to better currency hedging solutions that are used to mitigate the impact of foreign exchange risk on international investments.

The new frameworks for derivatives established by Kenya and Uganda may offer firms the currency hedging instruments they need, though these instruments are not a panacea.

Another solution would be not to require hedging products at all. What if the Rwandan government, for example, were to issue bonds denominated in Kenyan shillings instead of Rwandan francs? About 75% of EAC institutional investors say they would be interested in investing in such an issuance. For Kenyan investors, this product would enable cross-border diversification without exchange-rate risk. For the Rwandans, this kind of security would likely facilitate further investment from Kenyan firms, which manage the region’s largest pools of capital by far.

East African institutional investors also clearly signaled their appetite for two other new products that would drive regional integration. Nearly three-quarters of the firms surveyed would be interested in investing in a regional fund focused on infrastructure, while 64% would look to invest in a regional fund of funds for private equity and venture capital.

These kinds of funds, if they were established, would be invested in multiple projects or enterprises, thus pooling and dividing the risks among various investors. Moreover, these funds would be managed by specialists, enabling some institutional investors to access expertise they might not be able to otherwise. Donors could help facilitate the creation of such funds by providing first-loss capital – where they agree to bear first losses in the investment in order to encourage the participation of co-investors that otherwise would not have entered the deal, or other credit enhancements.

According to the recent EAC common market scorecard, the region is already one of the most integrated in Africa, although challenges remain.

Developing products that meet the needs of institutional investors as they look to diversify beyond their national markets would be one step toward further integrated regional capital markets. Such an approach will require constant engagement with firms to understand how and why they allocate assets. It will also require expanding awareness among fund managers and investment boards, so that they are able to take advantage of new developments as they become available.

Pooling regional institutional investor capital to finance cross-border infrastructure or invest in the region’s growth-oriented small- and medium-sized enterprises (SMEs) would, of course, have widespread benefits beyond financial sector development. If managed properly, these investments could further unite the economies of the EAC member states, expanding trade and spurring economic growth.

John Schellhase is a associate director at the Milken Institute Center for Financial Markets, where he researches on deepening and strengthening capital markets in developing countries. This article was originally published by Africa Renewal.