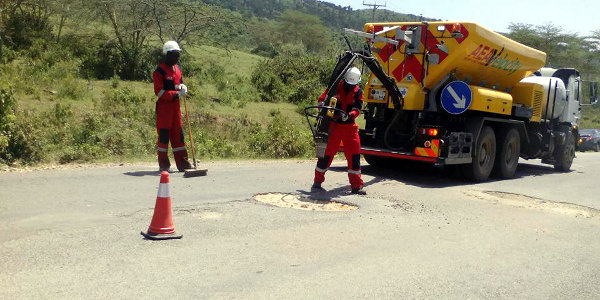 African countries have in recent years ramped up development of infrastructure assets such as power grids, road, railways and ports. China alone has completed more than 1,000 projects in the continent, built 2,233km of railways and laid 3,350km of road networks, according to Chinese state news agency Xinhua.

Last year Ethiopia unveiled a $475m light rail, built and funded by the Chinese, and together with neighbours Kenya and South Sudan, it is currently implementing the US$26bn Lamu Port-Southern Sudan-Ethiopia (LAPSSET) transport corridor that will improve transport linkages in the East Africa region.

Still the continent has a huge transport infrastructure deficit, with the World Bank estimating only one-third of Africans living in rural areas are within 2km of an all-season road.

As more money is poured into building new roads and railway networks, there is need to invest in maintaining existing infrastructure assets. The World Bank points to the lack of timely maintenance activities as one of the causes for wastage of resources currently available for infrastructure development.

Bad roads cause accidents, delays, and damage to vehicles, thus increasing the cost of doing business.

“Overloading costs hundreds of millions of shillings in road deterioration. A truck that is loaded 10% more than it should causes 50% more damage on the road than a compliant truck. Some of the trucks coming from Congo, for example, that are 200% loaded reduce the life of the roads they pass on by nearly half. So axle load control is the first step in road maintenance,” says Kithinji. “If we can’t maintain what we have, every 10 years we will be redoing the infrastructure we already have. We will build forever.”

In Kenya, hundreds of trucks are on the road each day taking goods to and from the port of Mombasa. Importers and local manufacturers rely on trucks to get cargo to neighbouring landlocked countries such as Burundi, Uganda, Rwanda, the Democratic Republic of Congo and South Sudan.

Kenyan authorities impose a 48 tonnes allowance for vehicles and use axle weight to determine the maximum load a truck can carry.

However, cases of corruption at weighbridges are rampant, where some transporters collude with officials to evade weighing. Last year 28 officers working at a weighbridge at the coast of Kenya were interdicted pending investigations, and some were charged in court for receiving bribes. One officer was alleged to have received an average of Ksh.600,000 (about $5,900) per month in bribes.

“The weighbridges are also sparsely located. A truck can go through the weighbridge in Mlolongo (about 20km southeast of Nairobi) and is found to be compliant, but by the time it gets to Westlands in Nairobi, it’s another’s story. There is need for several virtual stations to do counterchecks,” says Kithinji.

“Last year Ksh.92bn ($900m) was used on road maintenance (in Kenya). But I think in the next five years there will be a lot more investments around road maintenance,” says Kithinji. “In the future we are thinking of setting up a heavy equipment manufacturing plant because we know in East and Central Africa governments will continue investing in equipment for transport and power infrastructure.”