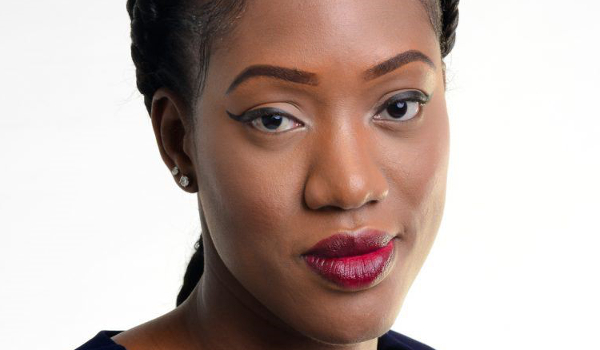 Africa’s refineries are unable to meet the region’s increasing demand for petroleum products. Investment in this critical sector would reduce dependence on imports, ease the burden on public finances from subsidies, and create new job opportunities. Our Knowledge Series article examines the current state of African refining and the benefits of increasing capacity through private investment.

Africa is the continent with the least number of oil refineries in the world, an under-utilised 46, in a highly competitive market where a single country, the United States of America has about 140 refineries. As the world’s fastest-growing oil consumer, with the IEA projecting consumption of 4.5 million barrels per day by 2018, this disadvantage in refining capacity is crippling.

Despite the fact that Africa produces 3.5 times the amount of oil that it consumes (according to an article by Evaluate Energy), the continent’s oil producers rely on fuel imports to supplement their own production, as the refinery capacity to keep up with demand is severely lacking. This discrepancy is particularly glaring because the reputation of the continent as a growing market, as well as the availability of crude oil, should be expected to create an inviting environment to develop new refineries.

Nigeria, the largest economy in Africa, is the region’s dominant oil producer, with a daily output of 2.4 million barrels per day in 2015, and the fifth-largest exporter of oil in the world. Only four refineries – at Kaduna, Warri and two at Port Harcourt – service the entire country. Angola produces 1.8 million barrels of oil per day and has only one full-scale refinery. Egypt, the fourth-largest oil producer, with 723,000 barrels per day, has nine refineries – the most of any African country.

These statistics highlight the need to rapidly increase African refining capacity. Oil production far exceeds refinery output and while the domestic market exists, it is underserved.

To satisfy the market’s need for fuel, producers balance high crude oil output and low refining capacity by being net importers of refined products. In turn, governments subsidise the price at the pump for their citizens. This may seem beneficial on the surface, but the long-term effects are highly damaging and governments routinely spend billions of dollars a year on subsidy payments, export charges and import charges.

The benefits of reducing imports

As an example, the Nigerian National Petroleum Corporation (NNPC) spends US$16m to $20m dollars per day on fuel imports. This amounts to about $1.9bn dollars per quarter. Recently, while addressing state correspondents, the Group Executive Director Upstream of NNPC, Bello Rabiu, reacting to the inability of the nation’s refineries to meet the needs of consumers, said that it was unfortunate the organisation had to rely on imports to satisfy local consumption. He also spoke of “the need to diversify, export more and import less”.

If crude oil were refined in-country then export charges, import charges and subsidy payments could be re-directed to more pressing projects. The advantages are enormous. The country is less exposed to market fluctuation and manipulation, and retains control of supply and marketing of petroleum products. In Nigeria security is a perennial concern, particularly for sea-going transport, so domestic processing reduces risk. Pressure from foreign and local taxes is eased. Refineries built close to production also have the strategic advantage of proximity and enhance the ability to create jobs and nurture skills in a critically lacking area. And as countries reduce their reliance on imported refined products, global market prices become more competitive.

A lack of viability

The primary issue affecting the construction and maintenance of refineries in Africa, even in areas with locally produced crude oil, is the lack of economic viability these projects hold.

Typically, the NOC is expected to be the main proponent for accelerating refinery development in the respective country, however, lack of adequate financing or practical experience may hamper any attempt to bridge this gap. Foreign NOCs that might possess the necessary technical and financial capacity could make demands on the country that the host government is unable to satisfy, as they may be at odds with local content or national development plans.

Independently owned refineries have been very successful in several countries and pose an alternative to the state-owned model. However, many African countries pose unique risks that make investors wary. Corruption, poor infrastructure, oil theft and unstable economic and political regimes can discourage even the hardiest private investors.

Potential for a new model

In recent times, however, the tide may be turning as a combination of private investors and NOCs are preparing to refine oil locally.

Alhaji Aliko Dangote, Africa’s richest man and owner of the Dangote Group, has staked $9bn to build the first private refinery in Nigeria. The facility will be located in the Lekki Free Trade Zone in Lagos State, the commercial capital of Nigeria, with a completion date of 2018. Angola, Chad, Ivory Coast, Mozambique, Niger, South Africa, South Sudan and Uganda also have plans to build new refineries in-country.

Generally, the belief is that Africa will soon benefit from increased local refining capacity, despite the roadblocks. The majority of projects will still be led by NOCs, but we foresee a new wave of private investors entering the fray. If indeed the proposed projects come to fruition and are successfully maintained, this will ensure that the oil-producing nations of Africa are able to participate competitively in the global market.

For more information about the Centurion team and the group’s practice areas and offices, visit www.centurionlawfirm.com.