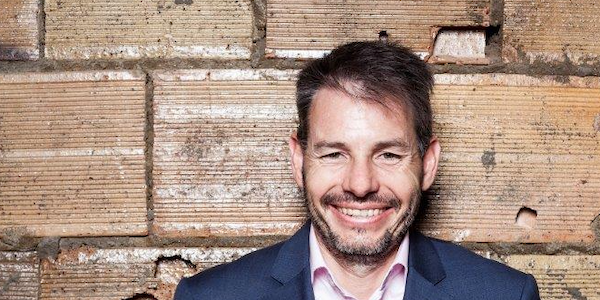 We have all heard of, lived in, or experienced the journey that young, vibrant organisations have had into tired, slow old structures that simply fall over and die. Economic history is littered with famous names no longer with us: think Lehman Brothers, Nortel, WANG, Rover …

In this extract from his book The Other End of the Telescope, Ian Russell argues that ‘organisational cholesterol’ is a key factor in business failure: the blocking of the creative, competitive arteries of young business by the complexity and sclerotic staleness of older, larger corporation behaviour.

It infiltrates every part of large corporate life. Blocking communication flows, slowing down decision making until procrastination and CYA (Google my TLAs if you struggle) become ends in their own right, and a valued corporate behaviour.

There is a graveyard for these organisations: proud behemoths of their day, once unstoppable by the competition. Somewhere there are gravestone engravers carving out the epitaphs for the likes of Lehman Brothers, WANG, Nortel, Enron, Kodak, Rover … that epitaph reads: ‘RIP: we’ve never done it like this before…’

And that of course is the point. Large organisations stop innovating, stop disrupting; indeed, sometimes just lose the will to live.

As young organisations scale, they quickly need infrastructure and support systems that were not needed when they started out around the kitchen table. Suddenly you need office space. You need payroll systems to pay people. Excel is no longer good enough for making out invoices. Tax returns must be done. Before you know it, a small army has grown up to manage these essential things: ‘functions’ that are apparently designed to keep you out of gaol, keep the finances up to date, keep your employees happy, market your services to customers, and so on.

Casual meetings once done at the bar suddenly require minutes, and a secretariat. People start using language like KING IV and IFRS, and Integrated Report … even worse, well-meaning people start talking about the need for ‘Delegation of Authority’ so that people know what decisions they can and cannot make. (As an aside, it’s interesting that DOA also means Dead on Arrival. Coincidence? I rather think not.)

Sclerotic tissue develops around these new processes, ironically designed to help scale the company, but also now beginning to slow it down. As the organisation grows, so everyone now has an opinion and feels the need to be consulted. Hobbyists get involved in conversations and decision-making processes well outside their remit, because it’s interesting. Not value adding, mind.

And then those dreaded words emerge: ‘stakeholder management’ and the organisation starts to talk more about how it manages the perceived decision makers within its own ranks than it does about the customer. Instead of sales teams ‘going in to bat’ against their competitors, now they are padding up against other internal departments. It’s at that point that the silent killer has gained the advantage.

The organisational cholesterol is slowing every aspect of innovation, entrepreneurship, customer focus and joie de vivre that had made that company successful in the first place. And I haven’t even got into ‘management satyagraha’.

I suspect that much of the above keeps every CEO, every board and every company founder awake at night. And, because they are clever people, they formulate a response. And the response will inevitably go along the lines of:

None of this is wrong, and much of it essential.

Indeed, I have been involved with, I have led, and I have occasionally been the victim of these types of programmes, all designed to reinvigorate the organisation, strip out unnecessary overheads and refocus the business. But, and it is a really big but, 25 years of experience of this type of response, working in five very large organisations, and in many countries, creates some really clear insights. Most importantly: THIS RESPONSE IS NOT ENOUGH.

It’s worthy. It’s important. It will make things less bad. The levels of organisational cholesterol and sclerotic tissue will reduce. Focus on the issue will improve. For a while. Maybe only a short while.

The organisation is highly unlikely to regain its former agility, flexibility, speed to market. Its very essence. Even less joie de vivre will abound in an organisation as accountants and cost cutters mutter about ‘overhead value analysis’ and ‘recruitment freezes’.

And the reality is that so much of that cholesterol has become hard coded. The unholy triumvirate of people, processes and systems have each become an issue in their own right. Tacit knowledge and explicit knowledge sets have become blurred. People work around the systems and processes, not through them.

The systems themselves have become bastardised customised, and were relevant for the business last century, not this one … and the list will go on. The sheer level of stickiness associated with this particular type of cholesterol is frightening. It is immovable. It is omnipotent. It is omnipresent.

The Other End of the Telescope, by Ian Russell, is available in all good bookstores and from Our Books Direct. It is also available as an e-book on Amazon.