As Africa seeks to increase food production to meet rising demand and fill shortages, the need to protect soils and the environment is also emerging. 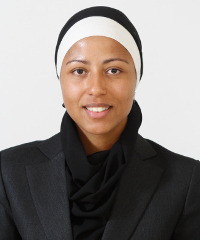 A recent Food and Agriculture Organisation report revealed that the continuous use of fertilisers such as DAP (Diammonium Phosphate) in Kenya has resulted in reduced soil pH levels and declining productivity.

Wanda Organic’s fertiliser brand called Plantmate is targeted at smallholder commercial farmers. The for-profit social enterprise has outsourced its production to a Philippines-based company and plans to open a local factory by 2015.

A 50kg bag of Plantmate currently sells for US$35. Moon’s aim is to reduce the price to half when local production begins and sales volumes rise. Her goal is to sell 300,000 bags in Kenya by the end of 2015 and capture 40% of the market in five years.

“The short-term effects of chemical fertilisers are great because they increase your yield but the long-term effects are very dangerous. We need to conserve our environment, be sustainable and look after our soils. It is the number one resource. What else does the majority of our population have if not their land?”

The use of Plantmate, she says, helps farmers to increase their yields, suppress diseases and improve soil health. Moon reiterates that her business is not out to compete with companies that sell chemical fertilisers but to promote sustainable farming by supplementing chemical mixtures with organic ones.

“When you use our organic fertiliser with a little bit of chemical fertilisers you maximise your yields without harming your soil,” she says, adding that it can also be used by farmers who practice organic methods.

After completing her studies in Australia, Moon moved back home and worked in Kenya and Uganda. In 2011 she quit her well paying job at a global firm where she was the executive assistant to the regional managing director and chairman.

“As an executive assistant I had a lot of access to the entire company and I used to attend board meetings and write board reports. It was a lot of fun making a lot of money and travelling. However, we were explaining to American shareholders how much money we made and why we didn’t make more. In [business] you are always explaining to people why you are not making them as much money as they want to make. I wanted to do something that made a difference.”

As she tried to figure out what that difference would be, Moon was approached to do a small due diligence project in Southeast Asia.

“I went to Thailand and I was expecting it to be like Kenya or Uganda, but those guys are way ahead of us. When I went into the rural areas people were not hungry. Here, when I go to the village everyone is always asking [for help] and they are hungry… Thailand was such a different experience.”

She then visited Vietnam and the Philippines and saw how farmers there produce more, and better quality food by practicing sustainable farming using better seeds and organic fertilisers.

“I saw a gap. Our farmers don’t have access to quality organic fertilisers. They have used excessive chemical fertilisers and their [yields] are now declining,” she says. “I am very passionate about my country and about this continent. My father is from the UK so there was opportunity to move there. My siblings moved there, but for me this is home. Instead of complaining about food shortages I wanted to do something about it.”

“They are what I call the low hanging fruit and their business gives us money to keep growing Wanda. However, that smallholder farmer is still my target. It is about being patient because change is not easy. It is about education and partnering with farmers and other stakeholders.”

Moon explains that Plantmate is made by combining organic waste with an activator that has over 20 naturally occurring soil microbes and putting that mix through a rapid decomposition process. The finished product holds more than 20 microbes including bacteria, nitrifiers and fungi, which are beneficial to soil and plant.

“The idea is to have many factories across the country to be closer to the farmers. We are also considering a franchise model so we can teach farmers’ groups how to build their own factory, then we just sell them the microbes.”

Setting up a basic fertiliser plant would cost about KSh. 1m ($11, 500) and can be a manual or mechanised operation depending on the size. This biotechnology, Moon says, is popular in Southeast Asia and is gaining traction in Australia and Canada.

Getting government approvals and licensing to produce bio-organic fertilisers has been a long and “frustrating” journey for Moon. She has also faced difficulties carving a niche in a male dominated industry.

“I had to really push. In the initial meeting I was kicked out. I was told I have come to Kenya to cheat farmers,” says Moon. “I am relatively young and that was a barrier. A few times I was told to come with my husband or go open a hair salon. I have been told really stupid things.”

Moon says her experience has taught her “patience and persistence are key ingredients in entrepreneurship”.

“It has been a steep learning curve.”