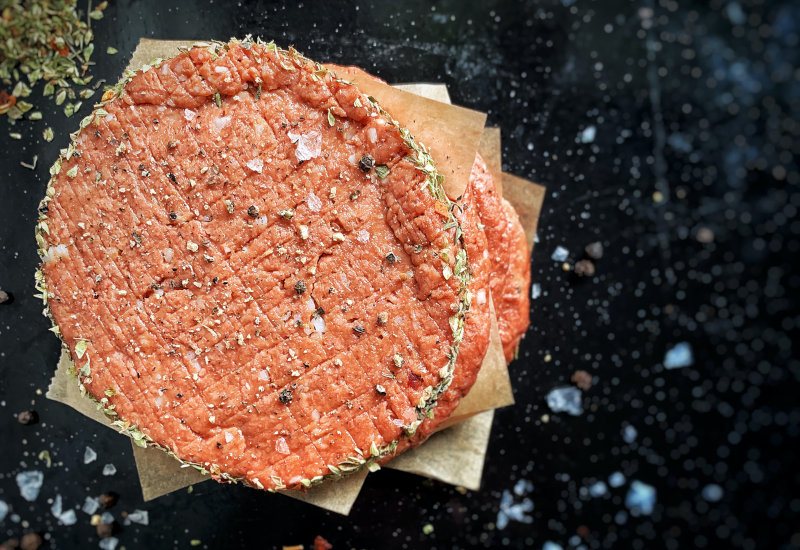 Riël Malan, a partner at South Africa-based private equity firm EXEO Capital, shares his thoughts on how Africa can participate in the plant-based protein replacement megatrend after attending the Anuga FoodTec trade fair in Cologne, Germany.

Africa is a huge continent. We’ve all seen the infographic depicting the world’s major countries fitting into the African landmass. If you haven’t, take a look. As a typical African entrepreneur, I am always trying to find the upside of what Africa has to offer the world. And let’s be honest, our strategic advantages are limited.

We have land. We have people (largely unskilled). And we have some pockets of excellence where Africa is punching above its weight. On the surface, we often feel that that’s about all Africa has to offer. But on deeper reflection on this trip, I realised that the one thing we do have is potential. This is a larger asset than we think.

By definition, potential is something that still needs to be realised. It provides innovators and entrepreneurs boundless possibilities to bring Africa into the global fold. It keeps us here. Even attracts us here!

So it seems we have more going for us than we think:

The penny that dropped for me here at Anuga FoodTec in Cologne, Germany, touches on all these aspects.

Courtesy of Covid-19, like most of you, I’ve not had the pleasure of travelling much in the past two and a half years. And having had this break from the rapidly changing world, this trip was enlightening in many ways. It was especially interesting to see how drastically the narrative has changed in my industry, the food sector. But I would suspect the key themes are the same in every major industry on earth.

Reflecting on what I’ve seen and heard at the trade fair, sustainability dominates every discussion, every public talk, and many product innovations.

This new world view has transcended from being a ‘trend’ to becoming a ‘core belief’ and is now firmly cemented as a megatrend of the food sector.

It can shortly be summarised as:

What does this mean for Africa?

The sad reality is, as was the case with most of the new technological innovations the world has seen, Africa does not participate. If we’re lucky, we find an application for the technology a decade or two after it’s been adopted. Just the pure narrative around sustainability will take years, if not decades, to hit the African market and achieve traction.

Africa is a continent where ensuring that your daily calorie requirement is met is already a challenge. Sustainability is hardly a priority for the bulk of the 1.2 billion consumers who are merely trying to make ends meet. Many global innovations are ignored purely because they have no place on a continent that is struggling to get the basics in place.

So where does the new trend leave us then? Are the trends that we are seeing and the opportunity associated with them just going to pass us by … again?

And here is where I firmly believe the answer is NO – there is a major role to play for us in Africa at this critical inflection point in the world’s food system.

A key constraint that is highlighted in almost all early-stage alternative protein industry players, is that scaling and taking the plant-based and cell-based protein sectors mainstream will require significant volumes of raw material at a cost that makes the alternative proteins developed competitive with their animal protein equivalents. These sources of raw material have not been developed.

And to throw an additional complication into the mix: Europe, in particular, wants the raw materials used in the production of alternative proteins to be from non-genetically modified organism (GMO) sources. Soya, which accounts for a large part of the current plant-based protein sources, originates largely from GMO sources. Developing non-GMO sources of pea-protein, lentils, chickpeas, and other high-protein plant sources will have to be developed fast to support the current trend.

Herein lies the opportunity for Africa.

Africa holds most of the world’s unutilised land. It has a multitude of untapped water resources and is increasingly seeing its logistical infrastructure improving. Africa has a large population that can be employed by the agricultural value chains that will need to be created to feed this new trend. In particular, it holds many micro-climates that are ideal for the production of high-protein crops. Africa needs to attract the global protein alternative investor base to help it reach its potential and take a significant place in the world’s food system. This is a perfect opportunity to develop the latent agricultural potential that we know Africa has.

To access this opportunity, however, Africa will need to put investment policies and incentives in place that will attract the necessary global capital from private and development finance institutions (DFIs) alike. It needs to be easier for global capital to flow to this key development area. The role of the world’s DFIs can not be underemphasised in funding this megatrend. What makes this opportunity different is that the world and the environment need this trend to develop as fast as it can, and Africa needs it to achieve its development goals. As with so many megatrends before, it will require a team effort from technology providers, businesses, governments, and a multitude of alternative protein players.

Will the plant-based protein replacement megatrend pass Africa by again? Time will tell, but for now, I am excited and hopeful that it’s Africa’s time to grab this opportunity.