After a decade of changing the way people search for travel bargains in Asia and the Middle East, Singapore-based Wego is steadily building up its African footprint, led by Cape Town-born co-founder Craig Hewett. 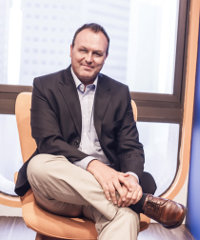 “We believe that the internet will continue to disrupt and reshape emerging markets such as Africa in a profound way, and we intend to be at its epicentre when it comes to reshaping the way travel is booked,” said Hewett, who has spent two decades developing internet-based travel technologies.

He added that the phenomenon of much of Africa going from zero-G to 4G in a matter of years offered compelling opportunities.

“What we are witnessing in Africa in terms of 4G network growth and the uptake of smartphones is similar to what we are seeing across our other focus markets such as Indonesia and the Middle East. These emerging markets are mobile first and users are directly searching and booking their travel online through their mobile devices more and more frequently. We see huge potential for Wego’s mobile business right across Africa.”

Localisation is the key to growth in the metasearch terrain, which means giving local users the access and information they require. Wego, which groups its Africa operations under its Dubai-based MENA headquarters, already has bespoke sites for South Africa, Nigeria and Tunisia.

Wego’s offering allows travellers to use the simple search tools to research trips, destinations, compare prices and book their travel requirements online either directly with a hotel or an airline or via an online travel agent or aggregator site.

“Our approach with localisation is to build different sites for the various country markets we want to grow, and to then measure the user interaction. We soon learn whether our localisation efforts are successful in meeting local needs. We try and avoid lumping regions together and rather focus on user behaviours for each country and customise if required,” said Hewett.

“We are experiencing explosive growth across MENA and Asia which reduces Africa’s relative size as a percentage. In absolute terms Africa is growing very nicely and is extremely profitable for the business.”

Hewett added with emerging markets such as Africa, Wego would continue to focus on growing its travel mobile app downloads. “We see mobile as a key to our success in Africa.”

Hewett, who matriculated at Camps Bay High School in 1988, joined the pale male exodus and immigrated to Australia, where he got a degree in tourism management, a relatively new academic discipline. He then joined Holiday Inn and, later, Intercontinental Hotel Group where he was in charge of e-commerce across Asia Pacific.

“It was during my time at Holiday Inn that I was exposed to the growing impact of the internet on hotel distribution and reservations which captured my imagination. In 1995 Holiday Inn was one of the first global hotel chains to build an online booking system,” he said.

A decade later he and business partner Ross Veitch started Wego, which today has more than $35m of funding behind it.

“We bootstrapped the business for the first two years with our own money and then attracted investment from Australia’s News Corp in 2007. We continued to raise capital over the years in venture capital funding, with Tiger Global Management as our lead investor. Tiger is actually extremely active throughout Africa as well.”

“As Wego grew in popularity and strength throughout Southeast Asia and spread to additional markets such as India and the Middle East, we have been able to raise over $35m in venture capital to continue to accelerate our growth in emerging markets,” added Hewett, saying that with this financial vehicle growth in Africa is assured.

Hewett said Naspers, which he regards as South Africa’s most successful internet media organisation, and Wego are active in the same growth markets and have sniffed around each other, although there have been no concrete developments.

“Both organisations share similar visions regarding the opportunities which emerging markets present for the online/mobile businesses. Our major investor, Tiger Global has co-invested with Naspers in India, so there have been conversations in the past.”

Hewett took the inspiration for Wego from the US-based travel metasearch pioneer Kayak.com and with Veitch now oversees an empire that spans 52 countries.

He added there are no immediate plans to go public.

“Our investors are attracted to Wego’s progressive success in dominating in fast-growing, emerging markets across Asia, the Middle East and Africa. At this point we’ll continue to develop these and grow new markets, but at this point we’re not focused on listing.”

Hewett said Africa was the next big thing in terms of global aviation, which in turn offered Wego a raft of new partnership opportunities.

“Throughout the aviation industry it’s being commented that Africa is the next major emerging aviation market, so we should expect to see a great deal of activity to reflect that.

“Low-cost carriers (LCCs) have revolutionised travel for a number of regions and there has been movement in this area within Africa. Airlines such as Fly540, Fastjet, Mango and more are connecting major African cities with second-tier destinations. Some of the newer LCCs launched over the past couple of years include Flysafair, Kulula, Jambojet and even from the Sudan, AirArabia has direct flights to India, Europe and a number of Middle East destinations. Mauritius too is served by no less than six LCCs,” he said.

“Ethiopian, South African Airways (SAA) and EgyptAir, for example, together could become a real aviation force. Add in a multi-destination air-pass with Fly540 and Fastjet and you have a powerful model. Partnering with some major European carrier with good African connections could complete some extensive growth in routes.”

With persistent rumours that SAA is in talks with Abu Dhabi’s Etihad, it is clear the Gulf’s influence on Africa is on the rise.

“A number of airlines from a variety of regions have partnered with the big three Gulf carriers who find themselves at the centre of connectivity for a multitude of destinations. Activities such as code-sharing are how the aviation industry is expanding and this is all good news for travellers with more convenient connections to a greater number of destinations.

“What will remain to be seen is how African airlines join the evolution of the new aviation business models, to help them expand their business, reach into new markets and reach new audiences,” said Hewett.