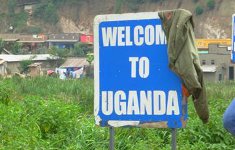 The draft bill adopted by the council of ministers in Arusha, Tanzania will enhance trade facilitation of goods as the 1 July opening of the common market draws near.

The bill will be submitted to the East African Legislative Assembly for enactment and later taken to the respective heads of state for passing.

Tanzania’s Deputy Minister of East African Cooperation, Mohamed Aboud, said that efficient borders are important catalysts of regional integration and promotion of trade and investment in the EAC.

According to the draft bill, EAC partner states shall establish and implement one-stop border posts at their common borders with the aim of enhancing trade facilitation through the efficient movement of goods, persons and services within the community and with adjoining regions.

The control zones may, at the discretion of the adjoining partner states, be juxtaposed, straddled or wholly located in the territory of one state.

The EAC is the regional intergovernmental organisation of the Republics of Kenya, Uganda, the United Republic of Tanzania, Republic of Rwanda and Republic of Burundi with its headquarters in Arusha, Tanzania.