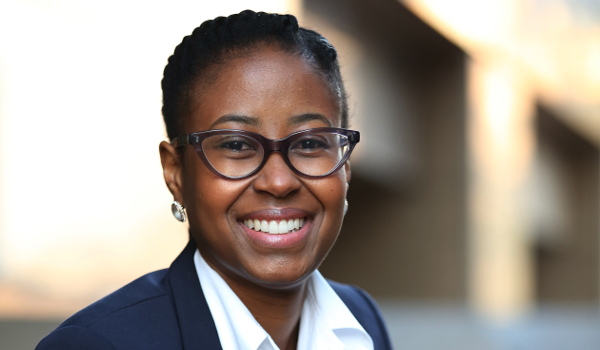 The recent financial closing of the 100MW Kathu Solar Park transaction catalyses the construction of one of the largest renewable energy transactions in the South African market. The concentrated solar power (CSP) thermal generating facility is located 10km from the town of Kathu in the Northern Cape and will benefit from an abundance of solar irradiation in the region.

This transaction demonstrates the significant investment that has been made by independent power producers in the renewable energy sector in the country, and the continued appetite for financing CSP plants.

The project is the latest to reach financial close under the third bid window of the Renewable Energy Independent Power Producers (REIPP) procurement programme after being awarded preferred bidder status in March 2015. This plant is one of seven planned CSP power plants in the market, making up 16% of the total CSP allocation in the country. The project has secured a 20-year Power Purchase Agreement (PPA) under which it will sell power to the national power utility Eskom and is expected to contribute 390,000MWh annually to the national grid once completion is reached in 2018 – enough to power approximately 50,000 households.

The CSP facility is designed to utilise commercially-proven parabolic trough technology and to take advantage of a favourable time-of-day tariff regime that incentivises the generation of power during peak demand periods. As such, the facility will be equipped with a 4.5 hour molten salt storage system which allows for less intermittent generation, and enables the plant to supply power to meet the peak demand cycle. The plant will be constructed over 28 months through a turnkey engineering, procurement and construction (EPC) contract by a joint venture consisting of Acciona Infraestructuras and Sener Ingenería of Spain.

The transaction was made possible by a strong sponsor group, led by the French energy company ENGIE, which has invested heavily in the South African power sector. Engie owns a majority stake in, and will operate, the plant for the term of the PPA. Other shareholders include Investec Bank, Lereko Metier, the Public Investment Corporation, the SIOC Community Development Trust and the Kathu Local Community Trust. These are just some of the large international and local stakeholders which have supported the REIPP programme, investing a total of R193bn over the rounds closed to date

The project has a robust funding structure complemented by the inclusion of an inflation-linked debt facility, funded predominantly by Rand Merchant Bank (RMB), which is designed to provide a natural hedge by mirroring the inflation-linked revenue that will be received by the project. The funding structure is comprised of  a senior debt tranche with a tenor of 19 years and an equity package that achieves a gearing of 70:30. Alongside RMB, the lenders to the transaction include Absa Bank, the Development Bank of Southern Africa, Investec Bank and Nedbank.

CSP technology is gaining traction in the South African market as, with the inclusion of thermal energy storage systems similar to that used in the Kathu project, these plants are able to generate and dispatch energy long after the sun has set. This provides critical power when the grid is most constrained, a considerable advantage during the peak demand periods. Parabolic trough technology has an established performance track record, and as such, is considered bankable at utility scale. CSP tower technology is emerging as another exciting configuration that future projects may seek to implement. This shows that technical advancements in the renewable energy space are providing sustainable solutions for energy security in countries like South Africa.

The Kathu project is a further testament to the partnership between the South African government and the private sector, with projects in the REIPP programme assisting the Department of Energy (DoE) to meet a fundamental government priority of economic development. The project has committed to the creation of approximately 475 jobs during the construction period, approximately 81 jobs during the operations and maintenance period, and will procure 42.57% of the qualifying capital expenditure locally. This is in addition to the socio-economic development spend that is mandatory for all projects to invest in the communities surrounding each project.

For RMB, this transaction emphasises the bank’s continued appetite for financing large infrastructure deals in the country as it constantly seeks opportunities to add value through structuring innovation. The successful financial closing of the project adds to RMB’s growing track record of financing renewable energy in South Africa.

The transaction also emphasises the banking markets’ alignment with the government’s goal to procure up to 17 800MW from renewable energy sources in line with the Integrated Resource Plan 2010 – 2030. With 6,327MW already procured under the REIPP programme to date, it seems the DoE is well on track to meet this target. CSP technology is well placed to contribute to the energy mix and has an important role to play in ensuring energy security in South Africa.

Siyanda Mflathelwa is a transactor at Rand Merchant Bank.