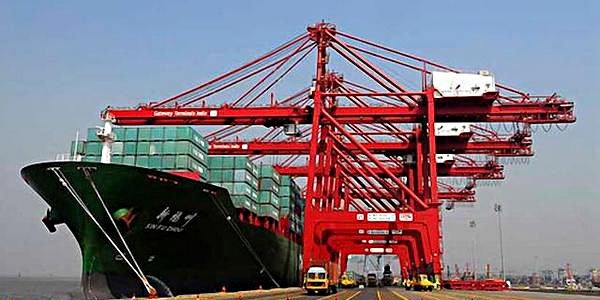 Since 2000, the rise of the BRICS countries – Brazil, Russia, India, China and South Africa – as major global players has benefited Africa through increased trade and foreign direct investment. From 2000 to 2014, BRICS-Africa trade rose by 1,250%.

But expectations have lowered, with some of the BRICS economies recording slower growth and facing political hurdles. In a report published recently, Standard Bank Group concedes that its prediction of five years ago – that BRICS-Africa trade would reach US$500bn by 2015 – was “far too optimistic”. It says that today the “thrill” behind BRICS-Africa engagements has waned.

However, all is not lost. In the report, BRICS-Africa: the hype is gone, but much remains, Standard Bank argues that the five economies are still important commercial and political partners for Africa. The report focuses on the state of trade, geopolitical engagement and investment between BRICS economies and Africa.

One of the key highlights of BRICS-Africa engagement is the growth of trade, from $28bn in 2000 to $377bn by the end of 2014. This was driven by the industrialisation of China and India, the expansion of South Africa’s corporate firms into the rest of Africa, and growing consumer demand in a number of Africa states.

However, last year total BRICS-Africa trade dropped 21% in value terms, from $377bn in 2014 to $299bn. This was mostly due to the decline in global commodity prices, which led to a fall in the value of African exports to the BRICS states.

Geopolitical engagements have not totally ceased

Post-2000, many of the BRICS economies improved political ties with African countries. For instance, the report notes that between 2000 and 2009 the Chinese government engaged in 18 high-level visits to 38 countries in Africa. During the same period, Brazil’s high-level state delegations touched down in 24 African countries.

Although recently there has been a lessening of Russia and Brazil’s geopolitical focus on Africa, the other BRICS members continue to engage with the continent. For instance, India has leveraged the India-Africa Forum Summit (IAFS) to encourage and structure engagements with African nations.

Modi is expected to make his first visit to Africa in an official capacity next month, when he tours Mozambique, South Africa, Tanzania and Kenya.

The report notes that China has largely sustained its post-2000 diplomatic drive in Africa. For instance, President Xi Jinping has visited Africa, and the Forum on China-Africa Cooperation (FOCAC) has provided China with an ongoing basis for the formulation of its policies towards Africa.

“With the exception of Russia and Brazil, it is clear that profound and high-level engagements, with commensurate economic influence, continue.”

Another positive of BRICS-Africa engagement is continued foreign direct investment. The report says South Africa’s investment into the rest of the continent has continued to grow, from ZAR21bn ($1.4bn) in 2005 to ZAR300bn ($19.8bn) by the end of 2014, with most of the investment being held in Mauritius. Other countries in Africa that have seen growth in investments coming from South Africa include Mozambique, Ghana, Zimbabwe, Botswana and Namibia.

For India, investments into Africa have traditionally been channeled into South Africa and those east and southern African economies where there is a significant Indian diaspora presence. Standard Bank notes there is a now a shift in this pattern, with Mauritius and Mozambique becoming big beneficiaries.

“According to the Indian Ministry of Finance, in the three financial years between and including 2013/14 and 2015/16, two African countries (Mauritius and Mozambique) featured in India’s top 10 sources of outward FDI,” says the report.

The ‘ICS’ are the ones to watch

Russia and Brazil’s levels of trade, investment and geopolitical engagement in Africa have either stagnated or shrunk.

Standard Bank says it is “increasingly sceptical” of the potential in Brazil-Africa ties, for instance, noting that over the past five years the South American country’s interest in Africa has declined due to the economic and political woes Brazil faces at home. In fact, the report notes, Brazil is the only economy within the BRICS that recorded a decline in its value of trade with Africa between 2008 and 2015 – when it fell from $25.9bn to $16.9bn.

“Despite its own economic travails, South Africa’s share of BRICS-Africa trade has held firm over the past five years,” says the report.

In 2015, China, India, and South Africa accounted for 91% of BRICS-Africa trade.

“We believe that the ICS, rather than the BRICS, will present ongoing and formidable pillars of competition and cooperation for Africa’s frontier and emerging economies,” says Standard Bank.