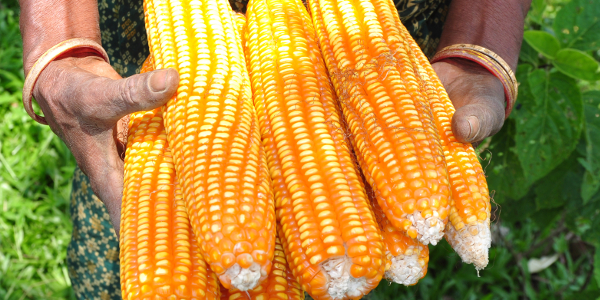 Sovereign credit ratings are used by investors to judge the risk level of a country’s investing environment. A downgrade to sub-investment grade means that investors will look to put their funds in less risky jurisdictions – and the resulting flight of capital from the market causes the local currency to weaken. It was therefore no surprise that South Africa’s downgrade caused instantaneous panic as citizens were quickly flooded with news reports on what ‘junk status’ meant for them. The rand would freefall, food prices would soar and debt would become more expensive.

While this may be true, Wessel Lemmer, senior agricultural economist at ABSA Agribusiness, says things might not be as bad as the media hype illustrates – especially when it comes to food prices.

For starters, the rand is still stronger to the dollar than it was last year (sitting around R15.80/$1 a year ago compared to R13.23/$1 at time of publishing). Lemmer notes this is mostly due to dollar weakness rather than rand strength. There is also no way of knowing how much stronger the rand would be if the downgrades had not happened (it had been on a 20-month high just before the cabinet reshuffle, reaching R12.42/$1 in late March). But the rand exchange rate is still relatively stronger than it was in 2016 and this provides some cushioning against food import costs, like for wheat.

According to Lemmer, at least half of the bread sold at South African retailers is baked using imported wheat. A rand that is relatively strong against the dollar can therefore help soften price increases as funds flow out of South Africa on the back of its credit downgrades. And if there are no more local political surprises that spook investors – Lemmer says it’s likely that the price of a loaf of bread will not increase over the next year.

On the other hand, maize production in South Africa has doubled since last year – when farmers only produced 7.5 million tonnes due to the drought. Increased supply drives down local price inflation for the staple-food commodity. And if the rand weakens further, South African maize will be more competitively priced and producers can earn more for their exports – which filters into the economy.

“We expect that lower grain and feed prices will attribute to general inflation to be about 5.8% by the end of the second quarter, which will be positive irrespective of downgrades – and that is attributed to the resilience of our producers,” notes Lemmer.

“Agriculture is in the best space because, as we see our maize prices come down, prices of animal feeds will recover. So, definitely, in the next two years you will see an additional investment in production capacity for the intensive livestock industries – which will increase the availability of protein, like meat, and in the long term have a positive impact on food prices.”