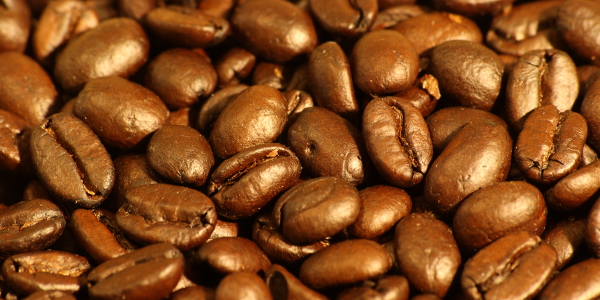 Poor access to fertiliser is hindering Africa’s efforts to become food sustainable. In 2006, the continent’s leaders had pledged to increase fertiliser usage from 8kg per hectare to at least 50kg by 2015. But this target was not achieved and most countries still have low fertiliser usage.

Norwegian fertiliser company Yara International has been intensifying its investment in the continent. In 2014, it announced plans to build a US$2.5bn fertiliser plant in East or West Africa towards the end of the decade. Yara is already investing in a potash mining and processing facility in north-eastern Ethiopia. And last year it launched a $25m fertiliser terminal in Tanzania with a capacity to hold 120,000 tonnes of product annually.

James Craske oversees Yara’s operations in both Kenya and Uganda. According to him, Africa is one of the last markets in the world “where there is growth opportunity within the fertiliser industry”.

He cites the case of Uganda, where fertiliser usage remains low despite significant agricultural activity. Uganda is one of the largest coffee exporters in Africa and there are expectations it could produce 4.8m bags (60kg bags) this year. Yara has been serving the Ugandan market through its Kenyan entity, but it now plans to set up shop in the country proper by the end of the year.

“The Ugandan coffee sector is massive… so there are many opportunities there. It’s about really having a footprint and starting to work with the farmers,” says Craske.

Due to poor distribution and inadequate infrastructure, he says fertiliser is often unavailable to farmers.

“We meet farmers quite a lot who say, ‘where is your product?’. That is partly because of the import challenge (Uganda is landlocked), partly because of counterfeit products and a lack of distribution channels. This is why we are going to go in stronger and increase our presence. We do have a couple of distributors there but they don’t have the scale either. Some of the regions we do need to go into are very remote,” says Craske.

Boots on the ground vital

But Yara’s growth opportunity in the region is not in simply importing fertiliser and moving it into the hands of big commercial farmers and distributors. Craske says the future lies in understanding farmers and catering to their needs by offering a mix of nutrients based on the crops they grow and their yield aspirations.

Then there’s fixing numerous issues in the supply chain such as counterfeits, poor handling and tampering of product.

Yara is also increasing its number of agronomists in Kenya this year and plans to start recruiting in Uganda.

“[If you sit] with a stack of product in Kampala, you will do okay – but it is not going to drive market development. You need people in the field, both training farmers and finding new distributors. You really need boots on the ground, so to speak,” adds Craske.

Yara’s agronomists go to points of sale and agriculture-focused groups to do demonstrations and engage with farmers in the field. Another more sales-oriented team focuses on ensuring distributors and retailers have enough stock.

“It is really about having both demand and availability in towns and villages. We need to start to reduce the need for farmers pedalling 100km on a bike for a bag of fertiliser.”

Although fertiliser usage in Kenya is higher than Uganda’s, it is still low compared to global averages – reports show the country imports 500,000 tonnes annually. Compared to other African markets, Craske says, Kenya has some advantages. This includes better infrastructure, a greater understanding of fertiliser among farmers and a good literacy rate which makes knowledge delivery easier.

But a downside is the Kenyan market is far more competitive, with an increasing number of importers and traders entering the business.

“Ten years ago there were probably four [fertiliser] importers and now there are 15. You can imagine what that does to market dynamics, pricing, distribution and management.”

In such a competitive arena, Yara’s farmer-centric approach is even more important.

“Chopping up 500,000 tonnes of a commodity with more and more competitors, and lower and lower prices and margins, is not interesting for us. In the end, you put yourself out of business in that environment because the competitiveness and squeeze on profitability means you can’t invest in the country.

“You [would] have to sit in a warehouse in Mombasa with one person on the phone and just trade – and that is not our game. We are not interested in selling commodities… from an office. We want market development to be more sustainable and more profitable.”

“We believe more in proving the value of fertiliser… and so increasing the size of the market. Kenya should be at least a one-million-tonnes-a-year market to really start growing crop production,” he says.

“What we are trying to do is to really bring the farmers to a point of profitability above and beyond what they are achieving today.”

Currently, Craske notes, the continent is still far from attaining food security, partly due to issues of access and the quality of fertilisers.

“Are we increasing yields today? I would say no, not in general terms. I think there are some exceptions, but the farming industry in Africa is still far too exposed to poor-quality inputs, particularly seed and fertiliser – and also a limited knowledge of how to improve the yield and quality.”