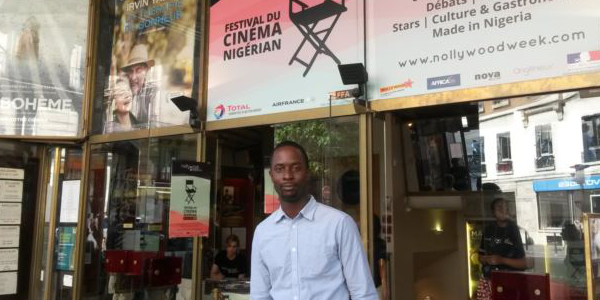 It’s being called “Nollywood sur Seine” – a Nigerian film festival, which wrapped up its third edition in Paris Sunday. Nigeria is now the world’s second-largest movie producer, but film quality has not always been tops. That is changing, however.

Some of the best have been showcased at Nollywood Week, a film festival that wrapped up its third edition in Paris.

Nigeria may be an Anglophone country, but festival organiser Serge Noukoue said it makes sense to hold the festival in the French capital.

“Paris is the world’s cinema capital in a way. It’s a really important city for cinema. It’s a city that matters and I believe Nollywood is a cinema that matters. I believe it just makes sense to have a platform here for Nollywood, and especially for Nollywood’s finest films,” said Noukoue.

The festival aired a mix of movies, including drama, comedy and even a zombie thriller. Also in the line-up were episodes of the popular Nigerian TV series Before Thirty, about the pressures faced by Nigerian women to get married by that age.

He said at the beginning, people laughed at Nigerian movies because they were cobbled together on a low budget. But today, their quality is much better and they’re really giving Nigeria an international stature.

Cameroonian Ernest Mbong, who works in the music industry in Paris, has attended all three editions of Nollywood Week.

“It’s bringing a lot of light about what people are doing down there. [It’s] full of many things, many stories, taken from our roots. And also what people are living daily – that’s really important and interesting to all of us. And it’s really entertaining,” said Mbong.

Noukoue is not sure what next year’s festival will offer. He’s hoping to eventually include films from other African countries. But either way, he said, they will reflect a “Nollywood state of mind” – which is about being independent and making movies that ordinary people care about. – VOA