As many across the world mourn the death of Steve Jobs today, we thought it would be interesting to have a look at where the iconic brand stands in terms of its mobile presence on the continent. 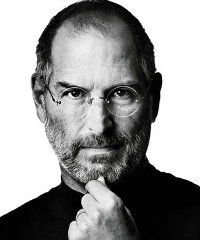 While it dominates the EU and the US, Apple has had a tougher time in emerging markets, a function we would think, of its pricing as a premium product more than anything else. According to MuniWireless, based on mobile operating system stats, Nokia (via its Symbian OS) dominated everywhere else – Asia, Africa and South America, until earlier this year when Android, the Google-sponsored mobile phone operating software, overtook it.

Looking at Africa specifically, however, Nokia is still very much the dominant player. In its State of the Mobile Web report in December 2010, Opera Software looked at the top 10 handsets used in each of the 10 largest African markets. “Out of the 100 total handsets listed, 87 of them were Nokia, 8 of them were Samsung, 3 of them were Sony Ericsson and 2 of them were LG. In six out of the 10 countries, the top 10 lists were comprised solely of Nokia handsets.”

Smartphone ownership across Africa is growing, reports the Africa Report. The International Data Corporation predicts that smartphone sales will increase by up to 50% in 2011, accounting for one out of each five new handsets sold. With Apple smartphones costing more than their competitors, Android-based phones may have the upper hand in Africa. Companies like LG are now targeting markets in South Africa, Nigeria and Kenya with special launches and media campaigns. LG will launch the LG Optimus 3D in South Africa in June and Samsung West Africa is targeting Nigeria’s Facebook generation with its [email protected] 322 offering.

Not surprisingly then, given the tremendous growth potential for smartphones in emerging markets, Reuters reported in August that Apple is set to release a cheaper iPhone 4, jeopardising profit margins to win lower-end customers from rivals such as Nokia in China and other emerging markets. “A lower-priced version of iPhone 4 seems to be a necessary evil at this point in the iPhone adoption cycle, especially in emerging markets where the average income of individuals is much lower,” said Channing Smith, co-manager of the Capital Advisors Growth Fund.

As the market metamorphoses, it will be interesting to see if emerging market dominance will also form a part of Steve Job’s legacy.