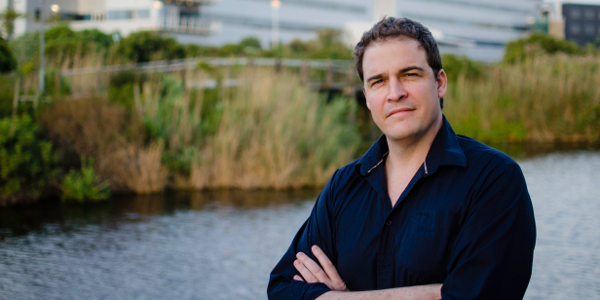 “I prefer complexity, something that you can’t really set down into a procedural way of solving, which is like running a business. To put it simply, I enjoy the challenges that running my own business would provide.”

Entrepreneur Paul Brown gets a kick out of optimising inefficiencies, facing challenges and generating money.

“I wouldn’t say I woke up one day and decided to become an entrepreneur – I don’t think anybody really does that.”

With an interest in technology, Brown has founded four companies, his first in 1999 aged only 23. He is currently the founder and CEO of DigiCash, one of South Africa’s leading debit order and EFT payment solutions providers.

Tertiary education doesn’t teach you to run a business

Brown is now studying an executive MBA through the University of Cape Town. However, prior to this he had no tertiary education after dropping out of computer science at university.

“I found the rigidity and lack of imagination from my lecturers overpowering. I felt there was no pure understanding of technology,” he explains.

Without a formal degree, Brown found guidance from his father, now a retired businessman, who played a major role in developing the way he thinks about money and business.

“I don’t believe formal education teaches you the correct way to think about money. I actually didn’t face any limitations in acquiring business or acquiring deals, which further proves my point – that I didn’t need a tertiary education. Nobody asked what my qualifications were, just whether or not I was able to provide the services.”

In light of some hard lessons learnt he remains confident that successful entrepreneurship is acquired through hard work and taking time to understand everything forwards and backwards – not through what university can provide.

He also suggests when starting a venture knowing one’s self and learning how to be truthful when assessing both your strengths and ever-present weaknesses, is mandatory.

“Knowing my own limitations helped me overcome them. I don’t think a tertiary education helps at all, because that’s a personal journey of discovery rather than somebody at the front of the class telling you what you need to learn for your exam.”

Brown has bootstrapped all of his ventures. At 23, and with the founding of his first business, he moved back in with his parents which allowed the sub-letting of office space at a discount price from a friend.

“South Africa’s venture capital community is still in its infancy, and it never really occurred to me as an option. So for my first venture, it was literally a case of me taking two months’ salary that I had saved.

“At the same time I set about building the business, finding customers and figuring out how to market stuff.”

Brown used the capital from his initial venture to fund future businesses.

Write and rewrite a business plan

“Write it out, let it percolate for a week and come back to it. I will guarantee it will have changed in some way. The danger comes in when it is changing from one week to the next. If you’ve not even got your thinking straight, you’ll not be able to adapt to all the changes that occur in your business from week to week.

“The reality is, it’s only a bad idea if you are not ready, and the only person who knows whether you’re ready or not is you. If you’re still unsure, keep writing and rewriting that business plan.”