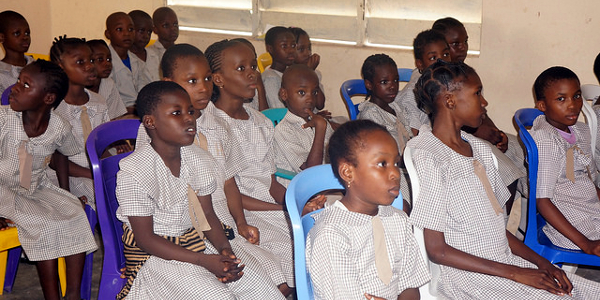 Nigeria’s population is approaching 190 million people – more than triple what it was in 1960 – and by the middle of this century it is estimated that close to one tenth of all births in the world will be in the country.

During a panel discussion at last month’s Thomson Reuters Africa Summit in Cape Town, a number of Africa-focused professionals shared whether they thought Nigeria’s huge youth population would be a blessing or a curse. Here is what they had to say.

One argument is that a large youth population translates into a large workforce, able to spur economic growth.

“I think it has to be a gift,” said David Marsh, managing director of the Official Monetary and Financial Institutions Forum (OMFIF), a research and advisory group.

However, to benefit from this young population, Marsh believes Nigeria needs to invest in job creation and education.

“I would say three things. Firstly, make sure that the returnees coming back from universities or jobs in the United States or Europe immediately get embedded properly into society, in a very useful way.

“Secondly, make sure the centres of education in Nigeria are themselves up to standard. Build some really good world-class universities, although obviously you can’t do that over night.

“And, thirdly, make sure these people get properly empowered in small business.”

Lack of opportunities a burden

However, not everyone is as optimistic. Nigeria’s economic growth has slowed considerably, offset by the collapse in oil prices. In the second quarter of 2016, Nigeria’s GDP actually shrank by 2.1% year-on-year.

The country’s unemployment rate has also been steadily rising over the last two years – reaching 13.3% in the second quarter of 2016.

Bola Onadele, CEO of the Nigerian FMDQ OTC Securities Exchange, believes that the country could be burdened by its large young population if its economic growth does not catch up to its population growth.

“If the economy doesn’t grow at double digits, I’m worried.”

“I would like to think that it would be a gift, but I think it is unfortunately a curse. If you look at the migration crisis in Europe now, of all the people that turned up in Lampedusa in Italy, off the coast of Libya this year, one in five of them is Nigerian.

“The population is growing significantly faster than the economy and unfortunately, that is going to continue.”

Do you think Nigeria’s, and Africa’s, youth population growth is a blessing or a curse? Please share your thoughts below in the comment section.