The Lekki Toll Road Concession Project is one of Lagos State’s foremost public private partnership (PPP) initiatives. The project has faced numerous challenges but progress is being made, slowly but surely. 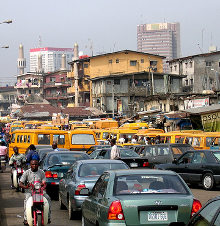 Phase one of the project entails the ugrade, expansion and maintenance of approximately 50 kilometres of the Lekki-Epe Expressway. Phase two comprises the construction of approximately 20 kilometres of the coastal road on the Lekki Peninsula. The Lekki Concession Company Limited (LCC), an initiative of the ARM Group of Companies, is a special purpose vehicle set up specifically to execute the Lekki Toll Road Concession Project. The project uses a build-operate-transfer model for infrastructure delivery. The concession is for a period of 30 years, after which the assets will be transferred to Lagos State Government.

PPP models for infrastructure development are gaining popularity in Nigeria. The federal government recently also handed over the Lagos-Ibadan Expressway to Bi-Courtney Highways Services Limited, a private firm, for expansion, rehabilitation and management through a build-operate-transfer arrangement.

LCC will generate a return on its investment by collecting toll from road users. For those who do not want to pay toll, there will be alternative routes available. It is, however, the responsibility of the Lagos State Government to construct alternative routes, not that of the LCC. According to the company it is working together with the state government to ensure that alternative routes exist before the toll plaza goes live.

There will be two main ways of paying for passage through the toll plazas. These will be by electronic means or in cash. Customers wishing to use the electronic options will be able to do so using either the eTag or the SwiftPass card.

eTag is a device that will be fixed to the vehicle windscreen. As long as there is sufficient credit on the customer’s account, he or she will be able to gain unlimited access through the toll plazas, and will have exclusive use of the express lanes while also being able to use all other lanes. eTag users will not have to stop in the express lanes, since once their accounts carry sufficient credit, the barrier will open automatically to allow their vehicles uninterrupted passage.

SwiftPass on the other hand is a contactless card that the customer can use to carry enough credit for a set amount of passages. The card balance can be topped up if needed. When seeking passage through the toll plazas, the SwiftPass user will need to stop momentarily in the lane in order to point the card at the card reader, following which if there is sufficient credit on the card, the barrier will automatically open to allow the vehicle to pass through. Registration for a customer account is not necessary for SwiftPass; however, users of the card will not be entitled to use the express lanes reserved exclusively for eTag users. They will also not benefit from as high a price incentive as eTag users will enjoy.

Motorists who wish to pay by cash simply have to drive up to a toll booth manned by a toll collector, where they will be informed of the price to pay.

The road expansion programme was originally scheduled to be completed in 2009 but has faced many challenges. “The project at the moment is taking longer to build than we originally envisaged, mainly owing to factors outside LCC’s control and scope of contractual responsibility,” Opuiyo Oforiokuma, managing director/chief executive officer of the LCC, said in a recent interview.

“Slow and patchy access to the right of way has been a problem, especially owing to obstructions from utility infrastructure such as electricity pylons, and buried fibre‐optic and other cables located within the right of way. This has been compounded by the high volume of traffic passing through what is still a construction site.

“Despite the various challenges, we believe strongly that we will complete the project. We kicked‐off 2010 with a number of the major obstacles that were previously in the way, now being successfully dealt with. For example, subcontractors appointed by the Power Holding Company of Nigeria (PHCN) are now relocating obstructive electricity poles and cables . . . to new positions outside the right of way,” Oforiokuma added.

The project has also attracted serious criticism. Stakeholders have been complaining about the impact of construction work on current traffic on the road. “There is no doubt that the construction works contribute to traffic congestion from time to time,” says Oforiokuma. “Given the nature and conditions of the area that we are working in, however, it is inevitable that there will be some impact on traffic flow. There are various other factors beyond LCC’s control, which also contribute to the difficult traffic situation in and around the area. These include the sometimes poor and inconsistent traffic management on ground; the lack of motorable access roads to which traffic can be diverted away from zones of construction; the  sheer volume of traffic in the area; impact of fuel scarcity causing vehicles queuing up at petrol stations to spill over onto the road; lack of motor park facilities causing public transport to use the road for dropping off and picking up passengers; bad driving habits; and other menaces such as reckless driving by danfo (microbus taxi) drivers and okada (commercial motorcycle) riders.”

While acknowledging the operating difficulties in Nigeria, Oforiokuma remains positive. “Nigeria is a fairly tough and volatile environment in which to execute a project such as ours. Things don’t always go the way you want, no matter how much you plan. It is therefore necessary to continuously innovate and to find ways around problems that arise, sometimes unexpectedly. Most important of all is to stay committed and to keep pushing ahead,” he said.

Much hope rests on the Lekki Toll Road Concession Project to show that the PPP model is viable for road construction in Nigeria. If it proves to be a success, it will likely lead to a surge in similar projects.