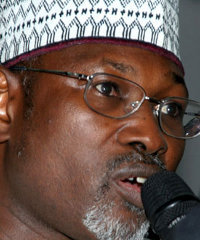 Attahiru Jega, head of the INEC said in a statement that the reason for the postponement was the late arrival of result sheets in many parts of the country. “The result sheets are central to the elections and their integrity,” he said.

“Not only do we have to enter the results in the sheets, the number of accredited voters is also to be entered in the result sheet. While we could have proceeded with the elections in a few States of the country, where all the materials are available, such as Lagos, Kaduna, Kebbi, Delta, Zamfara and Enugu, among others, in order to maintain the integrity of the elections and retain effective overall control of the process, the Commission has taken the difficult but necessary decision to postpone the National Assembly elections,” Jega noted.

He apologised to Nigerians for the hardship the INEC’s decision might have created and reiterated its commitment to conducting free, fair and credible elections.

This year’s national election is a critical test for the country to see if it can break with a history of electoral fraud and other irregularities. Presidential elections are due in a week’s time and the governorship polls are scheduled for the week after that.